Overview of the Ataxias: 🙂 This is lengthy, but... - Ataxia UK

🙂 This is lengthy, but it does have useful, interesting information.

The ataxias are clinically heterogenous disorders caused by pathological processes affecting the cerebellum and cerebellar pathways resulting in impaired coordination. The cerebellum’s main function is to integrate information relayed to it and facilitate the execution of precise movements. Lesions of the cerebellum and its connections can result in breakdown and incoordination of movement.

What processes can cause ataxia?

The pathophysiology of cerebellar ataxias is as diverse as the various neurological and systemic diseases affecting the cerebellum. Broadly classifying ataxias into genetic and non-genetic conditions is a first step in discovering their underlying mechanism. Non-genetic ataxias are caused by acquired conditions, sporadic neurodegenerative disorders, or from unknown processes in which case the descriptive term idiopathic late-onset cerebellar ataxia1 (ILOCA) is used to describe the disorder.

What are common cerebellar symptoms?

What is involved in the evaluation of an ataxic patient?

As with all neurological disorders, a detailed history and thorough examination are prerequisites for an accurate diagnosis and set the stage for the diagnostic investigation. Motor and non-motor symptoms, family history, acquired risk factors (exposure to toxins and certain general medical conditions), and tempo of progression are key elements of the history.2

Other neurological symptoms, when corroborated by examination findings, may help with the diagnosis.

Family history of ataxia, when present, is very helpful for diagnosis of genetic ataxias. However, when the family history is absent or unknown, this does not exclude a genetic cause. Usual patterns of inheritance are autosomal dominant (AD) or recessive (AR) and X- linked. Consanguinity between parents should alert to an autosomal recessive disorder.

frequent and excessive alcohol consumption; exposure to toxins such as mercury; use of medications like phenytoin, lithium, and chemotherapeutic agents

gastric-bypass procedures and malabsorption states causing deficiency of vitamins E and B1.

What does variability in rate or progression indicate?

Rate of progression of ataxic symptoms can be associated with specific causes of ataxia.3

Rates of progression vary in individuals. All possible etiologies should be considered when the clinical course is not firmly established. These include:

What diagnostic tests are recommended for ataxia evaluation?1,2

Brain MRI is indispensable. It may reveal:

Atrophy of the cerebellum and brainstem: chronic processes such as genetic ataxias.

Additionally, serum testing may be indicated and is guided by the clinical evaluation and imaging:

CT or PET scan of the body may be indicated to look for occult malignancy. Additional tests that may be helpful in certain settings include EEG, Electromyogram and nerve conduction studies, autonomic, or sleep study (to look for REMBD). Nerve and muscle biopsies are used for suspected mitochondrial ataxias or brain biopsy for suspected leukodystrophies. Other rarely indicated tests include magnetic resonance spectroscopy of the brain, dopamine transporter SPECT (DaT) scan (typically abnormal in MSA-C), or genetic tests.

The literature offers a detailed discussion of genetic ataxias. 6,7 The patient should be appropriately counseled about the implications and costs of genetic testing before it is ordered. Testing may reveal:

AR mutations: have usual age of onset <20 years but later onset FA, AT, AOA 2 have been reported; POLG mutations.

Specialized gene tests for inborn errors of metabolism, leukodystrophies, and storage disorders should be ordered if the evaluation raises suspicion for these rare conditions.

What if no cause is identified after extensive testing?

A large number of sporadic ataxias do not seem to have an identifiable etiology. When followed over time about onethird of ILOCAs may evolve to MSA-C1 Unidentified genetic mutations may account for the rest of these ataxias.

How are ataxias treated?

Specific interventions for acquired ataxias include steroids and other immunomodulating therapies for SREAT, paraneoplastic disorders, and immune-mediated ataxias. When an underlying malignancy is detected, it must be treated. Gluten-free diets are indicated for GA. Specific pharmacologic agents include acetazolamide is used for EA2, SCA 6 and varenicline (Chantix®) for SCA 3.7 Bile acid replacement may be tried for CTX.

A multidisciplinary approach is necessary in MSA-C, due a multitude of progressive motor and non-motor symptoms. Rehabilitative therapies should be offered to all patients with ataxia. Continuous exercise programs have shown positive results.8

The diagnostic approach to adult onset ataxias should be systematic and guided by the history and examination. Non-genetic ataxias may involve an extensive and expensive evaluation that may be done in a tiered fashion. MSA-C is the most common sporadic ataxia. ILOCA is a diagnosis of exclusion. 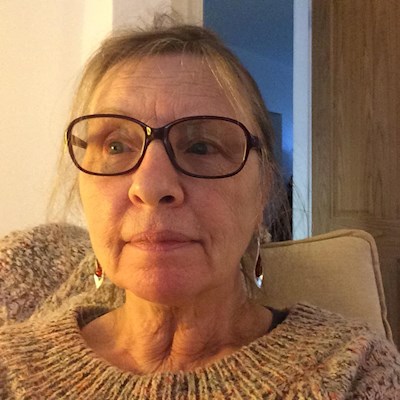 wobblybee
To view profiles and participate in discussions please or .
Read more about...
7 Replies
•

Thank you W Bee that’s very useful. You have a great day 😊

A comprehensive catalogue of woe, short on what to do to live with ataxia. The most pressing need is to get through the bereavement curve to acceptance as quickly as possible. It took me about 4 years. Then with a focus on what I can do and what aids will help me expand my world and vitally a sense of humour, life is okay. Not as it was but okay.Today I am going up to London by bus and train using my wheelchair (electric). For a meeting I have to control and a dinner afterwards. My biggest challenge is to make myself understood, with my slurred speech, but my friends are aware of this and ask me to repeat any real gobbledegook!

Please don’t suffer this in silence, like childbirth it must be talked through.

P.S. my diagnosis was in 2014 so I have been living with this a while.

🙂 I’m glad to hear you can actually get out and about Nigel..despite numerous challenges.You’re right, we do need to talk, express feelings and empower ourselves with knowledge about this exasperating diagnosis.

This is so helpfully comprehensive. Thank you, Wobblybee, for taking the time to post this.

Thank you for posting!

Thank you for such a wonderful post. I’ve read through several times and have been able to pick up a few more details to add to my daily regimen that my neurologist didn’t think about. This is a multiple must read.

be ok. MSA can be `MSA-P (parkinsonism) or MSA-C (Cerebellar) The symptoms of Ataxia and MSA are...

time. Here in Hull, money raised will be sent to ataxia. I have been collecting donations from...

sorry to be sad. I have been living with cerebellar ataxia for over 20 years but have also had...

Hi I have recently been diagnosed with ataxia, they have not found which type yet, my neurologist...