Decapeptyl for fibroids : Hi, I am six weeks... - Women's Health

Hi, I am six weeks into having the decapeptyl injections to shrink a 7 cm fibroid prior to surgery - myomectomy or hysterectomy. I haven’t had any menopausal symptoms and my bleeding has fluctuated the full time either light or the big gushes. I freak out as I was admitted in October needing blood transfusions and have a track record of being severely anaemic. I am back in norethisterone which has always stopped my bleeding however I am still having a lot of pelvic pain. Has anyone been on these injections or similar and experienced the same? When did your symptoms settle? I really don’t want another jag! I have had no relief in pain or bleeding (although bleeding has stopped last couple days with norethisterone) and was told I would get menopause symptoms which I haven’t. I know it sounds insane but I would prefer them than the horrible bleeding as my experiences have left me traumatised! Sounds exaggerated but it has been awful. Much love to you all 💕 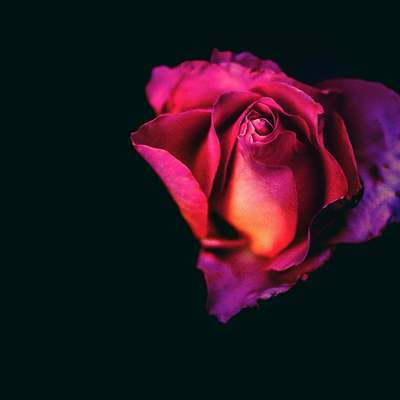 KimG21
To view profiles and participate in discussions please or .
Read more about...
18 Replies
•

I don’t know anything about Decapeptyl, however a friend & another friend’s daughter had a Mirena coil fitted to stop constant bleeding, the first as a result of fibroids. She had PMT symptoms for a few months then the side effects settled down & the bleeding stopped. My friend’s daughter used a Mirena for a few years before having children so no long term side effects. It might be an option to give you some breathing space rather than rush in to surgery though your gynaecologist should give you some less invasive options.

KimG21 in reply to BadHare

BadHareAmbassador in reply to KimG21

That's a nuisance, when the easiest option isn't suitable.

I hope the surgery makes you feel better!As I mentioned, the Mirena worked well for both women.

You might see useful advice by searching related past discussions..Type Fibroids in the searchbox (top right)

KimG21 in reply to wobblybee

I had prostap injections for about 5 months prior to surgery, they worked really well in terms of shrinking the fibroid. But I had a 2 month period without it before my surgery so it grew back with full force and was 25cm by the time I had surgery.

I had menopausal symptoms but they were tolerable; I just dealt with it as I didn't want HRT. My period stopped completely and I didn't feel much pain at all. I dont know what Decapeptil is, but you could ask your Doctor for prostap.

KimG21 in reply to Nins8

Nins8 in reply to KimG21

I had an open myomectomy almost a year ago . It was scary at the time but I've recovered well. I really had no choice, the fibroid was huge and it was causing me to haemorrhage each month. The menopause symptoms weren't nice, but I was just grateful it wasn't worse. Good Luck 🙂

KimG21 in reply to Nins8

I had an open myomectomy two weeks ago. My largest fibroid was 8cm and I had 42 removed in total. If you have any questions just ask! Good luck

Hi sorry me again - I was wondering I have been given norethisterone to take again to stop my bleeding. I was a bit concerned since on the decapeptyl as I thought this was a hormone - however I am trusting my gyn as she is excellent. Plus it’s the only thing that has ever helped! Did my of your go on this? Also how much did your fibroids shrink! And also did you feel pelvic pain and mild to moderate cramp for a month or two or longer? Sorry for all the questions! Xxxx

BadHareAmbassador in reply to KimG21

Hope you didn’t have unpleasant side effects from Norethisterone?Someone recently recommended Esmia for reducing fibroids. It’s expensive so might be something you’d have to ask for.

Has anybody talked about UFE (Uterine Fibroid Embolisation) .I was like you and would happily had menopausal symptoms than the massive amount of irregular bleeding. And now I’m going through menopause that is still the case. Rather deal with this than periods Any Day.UFE is basically where they inject teeny weeny beads into fibroids and it stops the blood supply and they die and shrink back. They don’t grow back.

KimG21 in reply to Asdfghjklzxcvbn

I was never offered surgery first, the only thing the dr gave me was Tranexamic acid to lessen the bleeding. But that doesn’t stop fibroids growing. Gynaecologist told me about UFE as an alternative to surgery. It is performed by a Radiologist. They go through an artery in groin. I was out of hospital in a day and back to normal in a few days. Some people have period like cramps for a few days but I had nothing,and they send you home with all the painkillers to take

Sorry forgot to say I had this procedure done in 2018 my periods stopped for a few months then came back ,but they were much more lighter and able to carry on as normal. No time off work or stuck to the toilet and house. In 2021 had my last period . I’m 53

diagnosed with having a fibroid the size of a babies head and the only option is a hysterectomy. I...

that most cases the fibroids shrink on their own. I find that hard to believe as I have researched...

sure this has been asked many time? But Im looking for anyone who has fibroids? I have a fibroid...

i have been diagnosed with fibroid and doctor put me on waiting list for hysteroscopy. My symptoms...

25 (no children) and have a melon-sized fibroid (10cmx8cm) behind my uterus. I have been referred...