Period after none for 18months- - Women's Health

2 weeks ago i had a period after 18 months, this was no normal one. My breast were so painful that carrying towels was like carrying and pile of books.

After bleeding for 12 days and some saying this is not normal i shoud go to the doctor i went.

made an appointment he took this very seriously and said i needed to see the gynaecologist at the hospital. [BTW the bleeding stopped after 14 days] to rule out the onset of Cancer

Appointment yesterday 10.09.15 and had a scan also a transvaginal one too (not pleasant) then up to see the gynaecologist for the results. she said the lining orf my womb ws a bit thicker than it shluld be so oululd she do another test and take some cells away. (bit of a shock this was done the same day) by now i was feeling pretty weary with all this prodding poking etc. only for her toask id do another test to take some cells away. This was the worst thing i have had done, she said would be uncomfortable for a few seconds [seemed to last ages] would have a bit of spotting [still bleeding now and it is not spotting] and the pain is on and off. wont get results for 2 weeks

she said wither the results would come back asree things.

2. Need to come back for treatment or something.

3. Need more cvells as not enough was taken and this would be done with a camera

Sorry to ramble but has anyone else had this. all new to me. I am 52. 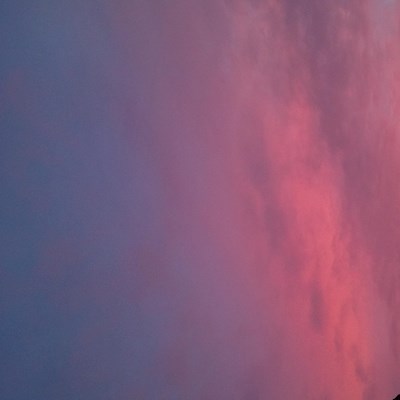 JemimaPuddleduck1
To view profiles and participate in discussions please or .
8 Replies
•

After going so long without a period this must have come as a shock to say the least.

Well done for seeing your doctor😊

It gives information about procedures that take place to investigate the cause of bleeding after menopause, you've already had some of these.

Bear in mind this is not uncommon. 😊xB

Yep. I waited 2 yrs for a hysterectomy . Worth it tho'

thank you for your kind replies

I have to go back as the sample was insufficient.

To exclude any uterine polyps and to be on the safe side they want me to have a Hysteroscopy (Camera in the womb).

Has anyone had this under general anesthetic??.

Hi. .I am going for a hysteroscopy this week but not under a general anaesthetic...I hope that it goes well for you..It is the best way to find out the cause of your problem...I will let you know how mine goes.

going for one next week, but mine was booked before any results from trans vaginal outta my mind

Oh, poor you. I hope you get prompt and effective treatment for the bleeding. Do you have someone you can talk to? Go out for a nice meal or treat yourself, it is hard to deal with worry as well as pain and discomfort. Fingers crossed.

Have finally been diagnosed as being post Menopausal but still having the bleeding problems, bleed for about 2 weeks then nothing then off we go again.

Went to the doctor about the problem so we then had a rushed appointment made for a Scan and a Internal scan. Found out that the lining of my womb is just over 10 (mm) spose that is what they measure in, anything up to 4 is normal.

She then said could she do a biopsy so yes i said why not. she managed to get quite a bit and hopefully that will be enough other wise may have to have the camera (Hyteroscopy)

The procedure was a bit painful after felt a bit sick and mild pain came on home then it all hit me must of been the shock had the runs etc bp went low was all cold clammy and at the same time sweaty felt really sick and legs like jelly.

Basically the answer is a Hysterectomy but wait for results.

What i would like to know does anyone else have this

first post in this group and I'm after some advice. I had a colonoscopy done on the 2nd November...

then i had 2 weeks off then again stared periods and not stopping. I actually have heavy bleeding...

Period again 3 days after i finished.

always been on time every month and im 38. Never had a problem. I finished my period on the 29th of...

Norethisterone possibly) as it was unbearable. I've had a bit of spotting since which is fine but 2...

Vaginal soreness on right side only?