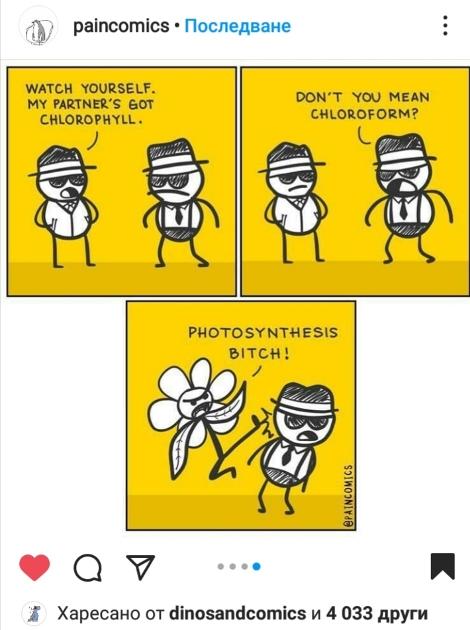 ﻿Do you have any funny stories?

﻿I just want to talk about such stories, helps me feel less alone and anxious.

﻿So i will go first. I think my favourite story is Aspirin the cat. I think i have a post about it, but just in case - mom works at a pharmacy and got too much aspirin and put some of it in a separate box and wrote "Aspirin". When it got sold out, her Boss took the box and gave it to the cat outside. Clients saw the cat in a box with written Aspirin and thought it was the name of the cat and started calling her that.

﻿My uncle and his family live in the UK but are still orthodox. Their neighboir asked why they never see them at the church and uncle said they go to the greek church. The neighboir gasped "So you guys worship Zeus?!"

﻿I was in a foreign languages highschool and we were studying english. The rule was If you want to say something, say it in English. A classmate randomly yelled "can i go to the nursery?". The teacher, not knowing she wanted to go to the nurse, said "but you just got in highschool"

﻿My step coisin was 2yo when he encountered a toilet. He looked at it amazed and said "but there's water.... Can i drink?"

﻿At highschool i was in love with a girl who had a rabbit (that's why i got Bob). Her rabbit was a giant female and was jumping on her feet. Our teacher said "What's wrong with that lamb?". I said "she just has a girlcrush". He said "forget that, this rabbit is size of a lamb". My classmate said "i call her a melon"

﻿I was in university and we were having attentive classes. They were going hours without a break and we got noisy. The proffesor got annoyed and yelled "Why are you acting like that?!". The quiet girl next to me said "You're not giving us a break and we haven't took our medication". Then she waited for a break, pulled a box from her bag and drank 3 antidepressants like a boss.

Against_the_current
To view profiles and participate in discussions please or .
Read more about...
54 Replies
•

Aspirin is a cool name for the pharmacy cat…..benzo ,good name for a dog

And for psychologist or psychiatrist dog/cat. My psychology internship Boss said we have some cats there, might try to call one Benzo 😂. I had a friend that called his cats "The Crocodile Dynasty"

Lol 😂. I never knew Aspirin was a french

Oh la la, now i understand why they're so good at latin and the names of meds

No stories - just this

I bought a big lop eared rabbit from an auction by accident for £1 …..few years ago went for some ducks came home with a rabbit 😄

Brought it home put it on the grass while I figured out his housing situation,he just bolted for the hills …..never seen him since 😬

That's probably why he was being sold. Either that or he saw the casserole dish 🤗😁

Gone forth and multiplied I would guess 😁

I let some ducks go in the canal ,fancy ones like blonde coloured …now all the wild mallards have got like blonde highlights….imagine the wild rabbit population have got floppy ears now too

😍He is so gorgeous. Dylan says hello

Hi Dylan!Oh i miss my Bob. I'm worried about him. He's getting old and fat and maybe depressed and i'm here, not at home

I'm sorry to hear you miss your Bob. I hope that you will be able to see him soon. Rabbits are such a comfort 🤗

I just don't feel well at home. And i feel guilty for not being there but i am just too anxious there

I need to pritritise myself. I just can't be at home at my coundidion. So it's best not to be even though it's hard

I completely get that🤗

Against_the_current in reply to Hb20032 months ago

Epic 😂. When i say watermelons are evil, nobody believes me. Legendary nemesis

Not as funny as yours but I have a watermelon story too. I was in the supermarket with my dad and he was carrying a watermelon under his arm. Bad idea. He dropped it and SPLAT!!!! Right in the middle of the supermarket aisle Thankfully the staff saw the funny side of it. So did I - I couldn't stop laughing. Dad was worried that they would make him pay for it 🙄

Hb2003 in reply to MadBunny2 months ago

It was a long time ago but I still remember it. It became quite a story in our family 😁

Lol and great they saw the funny side. Recently i dropped a (bulgarian - greek) yoghurt and was feeling bad

Probably. But in this logic enby flowers are the carnivorous plants lol

Against_the_current in reply to 2 months ago

My socks. Ty for the memes 😂

Potato patato and Potato Jr. (Enlarge the photo for the punchline).✌️

I overslept and i just woke up and i feel so weird and my roommate arrived with people and i just stay in my room, freaking out from waking up so late. It's 8pm

That would do however squeaky's are small.

You have to enlarge the photo for the punchline. 👍🙃

Got a kitten once and called it Lilly. So Lilly grew up and grew in another place also. Ended calling him "little e" after that.

Ohh what a plot twist. 😂😂 Got a smart rename

﻿Aspirin the cat (a funny story from mom's work)

she got too much aspirin and put some of it in a box and wrote \\"Aspirin\\". Her Boss took the box...

It's not really funny

visits to the ER due to my health anxiety. She said I know when U go to the ER the Dr's say \\"oh...

only thing you can hear is spidey sneezing at least 5 times each time someone will say bless you...
•4 years ago
16 Replies

What are you doing to take care of yourself today?

Childhood Favorite Past Times or Activities

Did you have a favourite subject at school?