My grandfather was drunk and told me I should jump off a cliff yesterday (I have a history of attempted suicide). My dad abandoned me when I needed him most. It took me 23 years to figure out that I don’t have a single good relationship with any male parental figures. I think that’s why I seek out “father figures” in other men (like my bosses or friends dads). I haven’t really had a great relationship with any of the women in my life either, but my grandmother asked me so desperately to stay when I tried to run out after hearing my grandfather say that. It was out of character for her. She generally sits out of confrontations when my grandfather is drunk like that. But, I’ve never had anyone ask me to stay before. 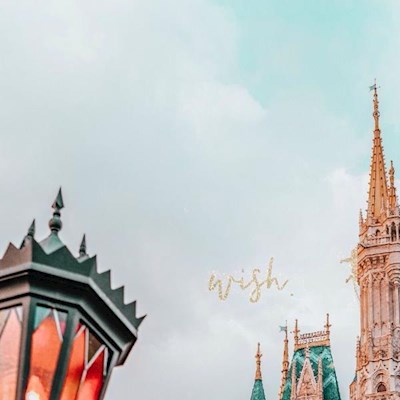 BAM97
To view profiles and participate in discussions please or .
8 Replies
•

I think certain people in your life, such as your grandmother, truely care about you and want you to be in their lives, but out of fear or other reasons just watch when people like your grandfather are being abusive and hurtful. It might be best for you, if you could, to move out of that house and live your own life in peace surrounded by good people and friends instead of those who get drunk and yell at you.

I agree. I’m working on making those steps. It’s hard right now considering the current state of the world, but I’m eager to get out on my own. Thank you for the reply!

Wow. That statement from your grandfather is a very.... not well said statement. That must have been hurtful, or maybe even a shameful thing to hear. I’m sorry that someone had said that to you, as well as someone who is so close to you say such a thing. Drunk or not. I’m sure it stung.

But, we do know that when people are drunk, some tend to say off the wall things. Some people like to think “Alcohol is the truth serum” or something of the sort, which is incredibly un-true. Yes, sometimes while drunk, we have “no filter” but not all the time, do we actually think or believe these things. Having many party days myself, as well as been in a few relationships with alcoholics, I have learned that, NO, not all “drunk mans words are sober mans thoughts.” -Most/a lot of the things they speak of are complete nonsense. As I had said some complete nonsense myself, as well as some of these alcoholics I’ve been in a relationship with. They made up these crazy stories, or would say they had powers, and so on... Yes, they would also say things to specifically hurt me. But only at that exact moment because I may have said something their intoxicated minds couldn’t either comprehend, or didn’t like an answer I gave them. Things like that. I used to think no, they were all crazy and irrational, and that I’d never be around them again. But one of my alcoholic ex’s came back into my life this last winter, and we started being friends again. We drank together, and his intoxicated mind told him he liked me and wanted to be together again. So he voiced that and physically expressed these emotions as well. Also, while he was drunk, he told me that I was a terrible friend. And I am not there for any of my friends and blahblahblah, as before we drank I had opened up to him about my friendship problems. But what had triggered him to him saying this was, me saying that I did not have enough money on me at the moment to buy him cigarettes. -Little things like that. As he was sober maybe a week later due to a binger, he told me that he wanted nothing more than friends, as he is very happily taken. Which I knew because he stated before we started drinking. And also, that I am indeed a great friend and my friends should act as such and he is lucky to have me as a friend. -which is one thing that I DO know about myself. That I am a great friend. So, as it did affect me at the moment, I thought about it more, then put my logic into it all, and no way am I a bad friend!!! So when he apologized and told me that I was a great friend, I immediately accepted that apology.

So I hope you know, that what he said, may have been his own reaction to maybe something that his intoxicated mind did not like, or comprehend. Now, I am definitely NOT saying you are at fault here. It is his own.

I’ve been abandoned by my father at a young age as well. I get the feeling of looking to other men as father figures. As I too, don’t have many relationships with many women.

But, maybe your grandmother knew that your grandfather was very wrong this time. Maybe she has been too scared to speak up. Maybe she feels as if you protect her even. I don’t know. But if you feel close enough with her, it is okay to ask if you feel like she will be open to having this conversation with you.

This was really helpful. Thank you

Sometimes when people are drunk, they can project their unhappiness onto others and want to make others unhappy. I agree with Hecate930 that alcohol is not always a truth serum.

Couldn't your grandmother want you to stay because she was afraid that you might go out and hurt yourself?

BAM97 in reply to Marshall64

Yeah, I think that’s exactly why she asked. My depression/anxiety has just been repeating what he said all day. I needed to vent about it. Thank you

wiserlady in reply to BAM97

You can vent about it safely on a prayer forum for free too at accuratepsychicreadingsonli... where the others who use it pray for you and give you messages of comfort or hope. I use it whenever things look bad. I used it when my guy got very ill about a year ago, we were petrified because not only was he very ill but it seemed he would have to stop working and retire suddenly with us having no income. Thankfully he got better, he is ok now, I like to think the prayers helped. We also prayed more during the time of the lock down starting. Everyone is different.

I feel very sad at reading your post and urge you to use the free prayer forum I use. accuratepsychicreadingsonli... NO payments. NO sign ups. No losing yourself or privacy. Instant and quick. Before I used it I never ever felt so supported and safe. Anyone who tells you to go and kill yourself is scum. Don't deserve any happiness, love or future. Just remember that.

I just found out why my friend wasnt talking with me- she was in a toxic relationship and the jerk...

I hate everything about my relationship. I have to say how of a douchbag my husband is. He is a...

Stuck in a toxic relationship

I've been trying to get out, but I am so stuck. We have a house together. We work in the same...

things out. My head is so full it makes me feel physically sick. I'm in a toxic relationship. Well...

to have toxic relationships. I am beginning to see why I was brutally rejected by a male...

﻿supermarkets are robbing baskets of flowers to put it polit...

﻿I need to calm down

Does anyone do this?