Being in a relationship with ptsd: Anyone feel... - Heal My PTSD 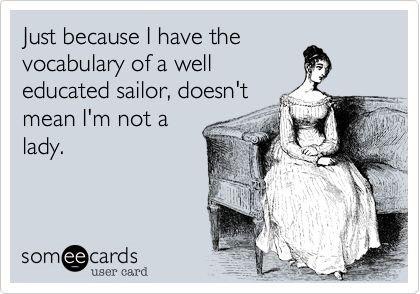 Anyone feel like you can not ever be in a romantic relationship with someone because you feel flawed and broken? I feel like I can never be married because of my ptsd. How could anyone ever love me enough to put up with my issues? I warn potential suitors I'm a handful......one man now thinks he's up for it but he witnessed my meltdown today so not sure. I told him they are infrequent but I can't promise they will go away.....I usually cuss like a sailor times ten.....to vent....it's the only thing that makes me feel better. Doesn't matter I have two law degrees and have studied at Oxford three times and Harvard...cuss words still seem to still make feel better when I'm triggered!!

Dogmom
To view profiles and participate in discussions please or .
Read more about...
7 Replies
•

I've discovered that people that care about me will research and learn about PTSD, how to help, how to support, and how to love regardless of the disease. Sure, we're handfuls, but that doesn't mean there isn't someone out there who will care enough to make the effort. Don't give up yet!

I second what Anya said. I totally understand feeling too broken too. Sometimes I just want to hide up in a bell tower.... :\

AnyaC in reply to red85

I'm still looking for my deserted island with internet.... only loved ones and my support group allowed to visit!

Of course, loved ones covers a huge group.

Yes, not interested in men at all! But after listening to music again, I decided that it would be so good to have a companion, so without thinking much about it, I went on a personals website tonight. I have 9 more men to check out but I need to go to bed! Looking for a younger man. I'm old, so that was necessary! Can't believe I did this without thinking much about it. If someone is interested, they might be someone who can handle it all. There were a total of 60 men in my age range - unbelievable. I got to pick and choose, what fun! Actually I just had to say yes or no for each one that I saw. I think I can do this without my past getting in the way. If I have any problems I can just stop trying to meet someone. I don't feel real deeply invested in it like I used to be. That HAS to be good, no?

ummmm.... maybe... be careful! There are lots of creeps out there.

I know. I plead temporary insanity , late night type. I am cancelling my registration.

Yes, you can be in a long term relationship and get married.

Some of us on this site have done so simply because we are all much more than simply a diagnosis.

I think of it as if I were diabetic would I be unlovable? No, because I am more than a diagnosis. I think of PTSD the same way.

It is part of who we are but it is not all that we are.

Even on the days when I feel broken, even when I hit a dark time that's hard to pull out of I'm still more than that.

Even when there are days I am lost, I know that I am still in there somewhere.

There are people on this site that are creative, intelligent, kind, and sometimes even manage to have a sense of humor.

You are obviously intelligent and have other traits as well.

Start thinking of what traits you have and remind yourself of them daily.

Remind yourself that you too are so much more than simply a PTSD patient.

When dating don't lead with the PTSD description, lead with one of your other traits. PTSD may be on that list but it doesn't have to be the whole list or even at the top.

You're selling yourself short & you don't need to do that.

I get the cuss words thing. I think the more educated you are, giving yourself permission to do something that seems somewhat crude is a way to release stress or feel a sense of freedom.

I do something similar.

paroxtine i just feel really confused about how I'm feeling when I go out it just feels weird I try...

going awful. I hate being so sensitive to PTSD triggers. How PTSD affects my ability to do...

command is making me submit to all kinds of exams and may lose my security clearance because of...

thankful & hopeful as I have been struggling with PTSD and probably CPTSD for decades.

PTSD and me.. old ghosts are revisiting..

trauma? It may sound crass, but I feel that Vets in the same postion (PTSD) have gone through...
•
15 Replies

﻿The trauma of dad's baby ruined my mental health, life and ...

I am at wits end unable to find help

﻿How can i be so traumatized, ptsd is messing me hard, night...