ADVICE.... PLEASE.... my 20 yr old child, is on the wrong path in Life. Her new boyfriend (which she has moved in with) is (& I’m not prejudice by no means)... in my Life I have encountered thugs of all different color. Her boyfriend has been arrested 3 times re: drugs. By researching I just found out he has a record.... he says, “they weren’t his fault “.... sounds like an episode from Cops. I also know at 1 point he was using cry meth.. he even told me, if he’s ever confronted with meth again.. he probably will not be able to say NO. Then she is on probation for a misdemeanor pot charge & still is smoking pot.

••••• So, any advice that y’all can get off on how I should respond when my daughter finds out that me and her stepdad have changed the locks on the doors of our house ????? The reason is : I don’t trust who she hangs out & then my depression has been HORRIBLE

THANKS FOR ANY & ALL ADVICE 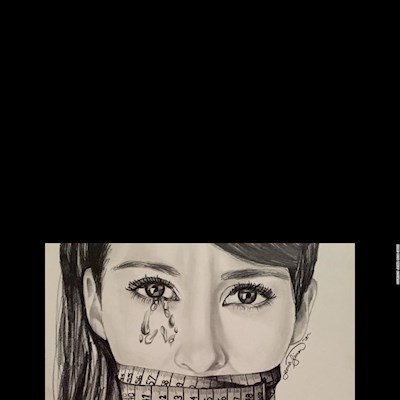 Cocoon3
To view profiles and participate in discussions please or .
Read more about...
11 Replies
•

I don't know if what I have is advise but taking precautions for your safety and well being is serious, no matter the reason and/or person. I will say love is strong as you may know and stating a reason that she may see as "attacking" her friends and /or boyfriend can be risky. I feel that honesty can be the best policy but doesn't mean you need to reveal all the information. I hope this helps in any way.

simply tell your daughter that you had other reasons for changing the locks which have nothing to do with her, neighbors said local crime is up or something. Love is blind and you have a right to protect yourself as you cannot say or do anything to change your daughter right now except be there when the shit hits the fan....

Cocoon3 in reply to fauxartist

Then she would want a key for her because she has always had a key then what ???

fauxartist in reply to Cocoon3

just say no.....why do parents think they have to accommodate their kids wishes....you want advice.....here's mine.... the reason we raise our kids is so they can go out into the world and make their own choices....we do our best and they will make mistakes....we have to let them....but we don't have to do their bidding either....they are adults.....and this is your decision for your own well being and you don't have to justify yourself to anyone, especially your child. If your feeling you want to leave the door open for her, that's fine, but in the meantime.... do what you need to do for your own peace of mind.

Why is she running away from home?

Cocoon3 in reply to seekingSunshine

Not running away from home

she’s trying to prove that she can make it on her own and I remember that age and I thought the same thing but it’s the people that she’s choosing to live with & to be her so-called friends that are bad choices - the best one only has one felony if that tells you anything. She has told me she loves marijuana & any downers (xanax bars etc) but she says she only does the weed now ( I know one of the people that live there was arrested before for having Xanax without a prescription and he gets it all the time, I found out from a family member of his. ) I have seen my daughters pupils & wow, & she’s so - in a Not give a damn mood. Her boyfriend is a past crystal meth user & says he only does weed now, But I overheard him saying if someone put in ma but I overheard him saying if meth was put in front of him he would not be able to say No. I know there’s nothing I can really do to change her mind but just let the lesson start taking it’s course Thanks

seekingSunshine in reply to Cocoon3

You are in a tough spot. You are doing the best you can.

I agree with fauxartist. Don't tell her you changed them because of her but reaffirm that you'll always be there for her when she needs you.

In my opinion, you have done the right thing. Your daughter is on a scary path. Unfortunately we cannot control other's choices. If your daughter has a meltdown about the locks and in any way gets violent, call the police. At least in jail she is away from him and not using. That may save her life. You may need to do a lot of detaching with love. Make sure she knows she can call when she is either ready to go to treatment or ready to turn herself in. You and your husband can decide on other boundaries you are and are not willing to do. I encourage you to have a united front. Enabling her behavior is only going to make her worse.

As far as you are concerned, have you attended any support groups for codependency? There is a great site with on line groups called intherooms.com. I attend two support groups on there. I also attend an in person support group once to twice a week.

Find things to keep yourself busy. The more you sit and think, the worse you will get. What fills you up? Do that every day if you have too. You cannot help your daughter if you are not taking care of yourself.

Please lean on us. We care about you.

Thank you so much for your advice, thoughts....

I am so sorry, but I think you can't do anything. She "legally speaking"is an adult. I think it was smart of you to change the locks, if this man is into drugs she might be getting into that scene too. I also suggest changing your patterns, like times you do certain things, like when you leave the house. Taking precautions for your safety is what you can do right now. Drug users can get very desperate for money, and you don't the level she is getting into with this bad element. I wish I could offer something positive and optimistic, but sometimes in life we are not in control. If your daughter starts contacting you acting angry and irrational, I strongly suggest you and you husband, get a restraining order against your daughter and her boyfriend. Again, I am truly sorry I can't give you any positive suggestions but your safety should be your first concern. I hope your daughter is able to get away from that type of element. I hope it can work out, but if someday she wants to come back out of the blue, I would suggest you not allow her back without a drug test. I hope she can turn it around. My father was a homicide detective for 34 years, I know people want to believe love overcomes all, but based on his caseload greed and money is the God of a drug user.

Looking for advice for my 16 yr old son

I am needing advice to direct my 16 yr old son who just told me he's feeling so much anxiety lately...

comes to new people being in my life and her husband's new in my life. I don't know him that much...

I need some advice on mirtazapine please my caring friends..

problems with thyroid antibodies only just found out after a blood test ..doctor put me on...

New here and recently moved-- having difficulty branching out or even leaving the house.

they have been making it difficult for me to go out to run even the simplest of errands. For example

depression and ocd also and my boyfriend or the family does not take her serious. She has always...