Hysterscopy and anaesthetic: Hi all. After... - Endometriosis UK

Hi all. After getting a second opinion from my GP, she agrees that I should have the hysteroscopy first rather than a laparoscopy. She says the gynaecologist is just trying to take it small steps at a time, and that he'll most likely do a laparoscopy at some point anyway. She also says I don't need to get the coil put in. She's happy for me to stay on the depo injection atm. She says why would I change my contraception with everything else going on atm, it could potentially make things worse? And I'm going through enough atm. Once all my investigations are over I can possibly change it. She's going to see if I need a bone density scan atm, as I've been on it a while. I've got my pre operative appointment for my hysterscopy in a few weeks. I'm just wondering if anyone's got any advice of what questions I should ask etc? Also I think I'm having it under general anaesthetic but I will clarify that at my pre operative appointment. I've never had anaesthetic before so I'm quite nervous. 😔 Xx 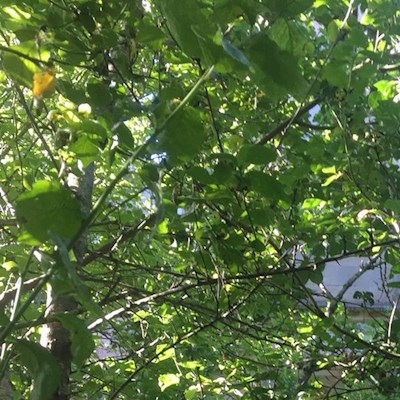 RhiannonT
To view profiles and participate in discussions please or .
Read more about...
15 Replies
•

I’ve have hysteroscopy 2 weeks ago and I had it without anaesthetic but took paracetamol an hr before, I’ve got cramp from the procedure But the doc says it from the Mirena coil not the hysteroscopy

They will tell you the risk before the procedure but you could ask would I stay in overnight or go back home And what to do after the procedure finished?

I hope that helped

RhiannonT in reply to Aysha94

Thank you. How are you recovering from it, are you doing okay? I'm not getting the coil fitted but still getting anaesthetic due to the pain I have during internal exams.

Thanks for your help xx

Aysha94 in reply to RhiannonT

If it goes t calm down then see ur gp

RhiannonT in reply to Aysha94

Aysha94 in reply to RhiannonT

You do know you can have both at the same time? Saves you having separate operations. I had both in March.

The hysteroscopy will give the gynae a clearer view of your uterus and find / treat any/ take biopsy any abnormalities.

The laparoscopy will give the gynae the chance to view pelvic and other organs and is the only way to diagnose endometriosis.

Initially I was recommended a hysteroscopy due to a issue with my uterus lining but seeing as my endo symptoms had returned so I had both done.

Your gynae will decide what investigations are needed but if you looking to rule/treat endometriosis you need to have a lap; it’s not as scary as it sounds. I’ve had two and awaiting a date for my third one!

He's reluctant to do the laparoscopy as it's more risky. Wants to do hysteroscopy first then if it can't find anything he'll possibly do the lap. 🤔 I asked my GP for a second opinion but she said he's doing the right thing by doing a less risky procedure first. 🤔😔 Yes I will insist on anaesthetic as I too have very painful pelvic exams. Thank you for your help. Xx

You’re welcome . So he’s going to illuminate any other causes of issues before a laparoscopy? That makes sense. It is good to rule out other causes first you don’t want to have a surgical procedure you might not end up needing. Fingers crossed you get some answers for your pain & symptoms soon xoxo

I had a hysterscopy and D&C last year and just had my laparoscopy on Wednesday. I too had never had a anesthetic until last year.

My advice is to tell them on the day, I panicked a little bit last year and they were brilliant with me. Don't worry they go through everything with you.

Okay I will do thank you. What is D&C?

Belle17 in reply to RhiannonT

Does everyone get that when they have a hysteroscopy? 😯

Belle17 in reply to RhiannonT

I was told by the gynecologist that when he was referring me it would be for both and so I signed the paperwork for both before it was sent through to the admissions team for an appointment.

At my last gynecologist appointment for this surgery I signed for a Laparoscopy and diathermy. Which meant that if they found endometriosis they could remove as much as possible there and then.

Ahhh okay well I've not been told any of that so I don't think I'll be getting it. Think it's just a straight forward hysteroscopy. Thanks for all your help x

wants to do a hysteroscopy and put the mirena coil in at the same time. I do NOT want the coil. And...

Can you have a lap/op under local anaesthetic?

just wishful thinking, as I'm quite a bit afraid of going under anaesthetic, but, is it possible to...

Can you have a lap to find endo without having a general anaesthetic?

don't want to have the operation as i am terrified of having the general anaesthetic, I just feel...

Can you ask for a local anaesthetic for inserting a Mirena? Has anyone ever asked?

then took ages to remove by hysteroscopy while I was under general anaesthetic. So even though the...

laparoscopy waiting times - how much longer?!?

Hey ladies, I'm on the waiting list for a laparoscopy and apparently I'm marked as an 'urgent' but...