Not a running experience - a mental one. I have just spent a night with a friend and he was full of negatives about me running. Ohhh you are are so sweaty, not sure I want to have you in the car, that sort of thing. I've worked hard to shed 3.5 stones and C25K is my next step up and I am on W5R1. Need help- not negative attitude 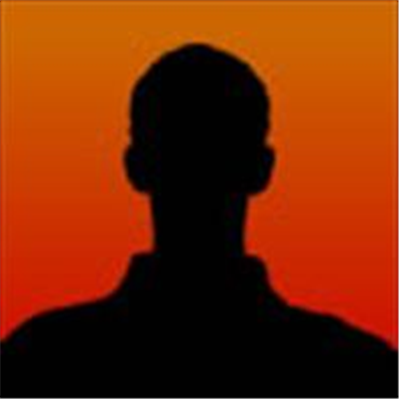 Tapira
Graduate
To view profiles and participate in discussions please or .
34 Replies
•

surround yourself with people who understand & appreciate your enthusiasm

to get to week 5 is such an achievement already & if you need some positive vibes then there will be lots of people of here to give you those.

plus losing 3.5 stones is fantastic

any consolation I sweat buckets, turn bright red & dont care. I can always have a shower & red face does disappear, eventually

Ahh thank you and I just need to get it off my chest and, as you say, get some positive vibes. Yip I sweat, I turn red... and hey if it looks good it probably isn't working...

Hmmmm.... difficult to say without knowing the relationship between you, but.... delicate question

was the 'sweaty' comment justified? (if it was, then you know what to do!). If not, then would there be a reason he doesn't want you to change? Eg something in your relationship that is comforting and stable and maybe affirms something in him? And if you change (as you are doing!), might that be threatened? (in his mind, even if you still feel exactly the same about him). Lots of questions, and I may have got it completely wrong - but it's worth delving behind the actual words I think.

:-). If some of your friends don't, then they maybe need time to adjust - or maybe, just maybe..... they are your friends for all the wrong reasons. Worth a ponder.....

He's a friend of 15 years standing (and not my other half!) But yes He doesn't want me to change because it highlights his own difficulties I think. I was obese and did something about it. He is a smoker. I would love to able to share what it means to turn things around - iincludng the lows and doubts but appreciate he is not ready to hear it and he is 'losing' a flawed buddy

I have a friend like this. She always asks me how the running is going and says well done etc, but......she always seems to then make some kind of sarky remark about it but I know that she is extremely jealous of my 2 stone weight loss and my new found fitness, as she is overweight but can't be bothered to diet or do anything about it. Of course that is her choice, but it's also my choice to want to change myself.

It's not easy dieting, it's not easy exercising, but we do it because we have a goal and I think you've done fantastically well to get where you are. I also sweat loads and am red for at least 2 hours afterwards, my sister asked me the other day if I'd been on the sunbed I was that red!!

Well done for getting to where you are, not too long and you'll be graduating - onwards and upwards!!!

TapiraGraduate in reply to Minuette

Yip my sarky comment loss and now fitness journey has not been easy and I guess I have to cope with the negative comments and see them for what they are.

enjoy this morning's run, be sweaty, red and proud!

TapiraGraduate in reply to Minuette

I'm officially a cross between a Ribena-berry and a beetroot but I feel great!

The comments I get are things like "you must be mad". Well, if I am then I'm very glad I am because the alternative is sitting on my backside watching tv

Well if we are 'mad' it's a fairly healthy madness to be getting on with. Funnily enough I have watched very little TV since I started C25K and I really don't miss it.Thanks for your support

People have all sorts of issues themselves and sometimes they don't see/hear their own negative comments/attitiudes. I have some positive friends, some negative ones regarding my own attempts at fitness gain and weight loss. I would guess amongst your familty/friends you have a similar split. I don't discuss my aims in any detail with the non supportive people, if they ask how its going I say something non-committal like "oh I'm still trying, its a long process" and then change the subject. You don't have to be rude but don't let anyone dent your own resolve or pride in your progress so far. Its one reason this site is so good, we can all be running anoraks here and know someone enthusiastic will be around to give us support when we need it.

He Hee, I love the idea of being a running anorak.

Beats my previous status as a couch potato.My OH bought me a Garmin Forerunner for HIS birthday - and I know I can always rely on his and lots of other friends and family's support. I'll keep going. W5R2 coming up today and the sun is shining.

Red and sweaty just shows you're working hard - I've just got back from a hangover run and I'm glowing damply ! Ignore your friend's sarky comments, he'll probably admit to being impressed in time - you may even inspire him to deal with his own issues but that's up to him. Well done !

TapiraGraduate in reply to sfb350

Thank you! Off to beetroot round the local park in the sunshine right now!

PatButcherGraduate in reply to sfb350

Your doing great and some folks don't like to see others succeed.

Keep at it you will be fit at 50, that my goal too and I am a few years older.

I was running on Friday, week 7 run 3, when 3 people jogged passed. I wanted to shout out '7 weeks ago I was sitting on the couch doing nothing ' am doing okay but not as fast as the 'runners'......one day maybe

Yes I should think that just about everyone in my local park runs more quickly than me but I just don't care... and that's a victory because a few weeks ago I didn't even want to be seen 'wobble-jogging' outside

Well done on your achievement and love the name 'Burstcouch' - that just says it all!

its a common thread. im also not fit and nearly 50 (whisper and it sounds better!)

I'm jelaous of you, im only just finished week 2....lots to catch up!

He Hee I'll try the whisper bit for the big 5-0! Don't be jealous - just keep me in your sights like I've done with Minuette who has just graduated and who is also a1962 baby. Keep going and well done for what you have achieved so far

Pah! Jealousy is a terrible thing, tell him where to stick it

You are doing fabulously and being sweaty means you're working hard so keep going !

Aww, thanks Pat I will tell him! I'm at something of a halfway point now in week 5 so I'm not going to let this sort of thing put me off - especially with all the lovely encouragement I've received!

Tapira - you have done amazingly well to come this far, and all the comments above are RIGHT - it's his problem, not yours. I made the mistake of looking for encouragement from my ex partner, (ERROR!!) whose responses on two occasions were "well you're just not a runner", and "you're just not athletic". But in a funny way it just spurred me on even more, and I found huge encouragement instead from all the really friendly people on this site who are in the same boat, and understand how much you've achieved so far. So keep going, you're great and you can do it, and who cares if you get sweaty!! That's a badge of honour, I'd say.

Yip I will definitely keep going and you are quite right the friendliness of everyone is a great support - thanks for yours.

Hmm. Odd sort of friend. I think he's got the problem, not you. Keep at it. Sweaty is good. Go for it.

Sweaty, red and panting is, I've decided, THE new look for Spring, well for me anyhow.

I would say your friend is secretly envious of your achievements so far. Don't let his comments affect you. There's nothing bad about getting off the sofa, getting outside and getting yourself fit.

I think a few weeks ago I would have been utterly mortified by his comments but I do feel mentally as well as physically stronger, so he can take a running jump on this one.

i like to think that i'm sweating the old me out! You have done so well and we are all very proud of you on here. Ignore that jealous man and keep on going. xx

What a great way to look at it! I'm getting set up for W5R3 tomorrow and just hope to keep plugging away. Hope your running week is going well.

he he he. Seriously though, I can't add anything to what the others have said, this is most definitely his problem, not yours. You can go shower when you're finished, freshen yourself up and be fabulous - people who make comments like this I'm sure just feel threatened in some way, inadequate probably - he knows deep down that you could trounce him hands down these days! When we do something positive it shines a massive light on others who can't be bothered/don't want to and makes them aware of their issues - but, that's their problem, not yours! Be fabulous darrrrling

TapiraGraduate in reply to AmandaW

Feeling fabulous and strangely calm and determined too - not least from all the fantastic support from this community. So now it's onwards to the second half of C25K and getting fitter - and hotter

amen to that x

Def don't listen to anyone who tries to run-down your achievements because of their own insecurities. Losing 3.5 stones is amazing!

And there is nothing at all wrong with looking like a ribena-berry!

Proud to be in Club Berry with you!

\\\"Was that you jogging this morning?\\\" Eek, have been rumbled on only my second outdoor run....

Fit not Fat for 50: Warning this post contains photos!

photos with you all. The 'Before' photo is from January so a couple of months before I started C25K...

there. Running for a whole 3 minutes feels like quite an achievement for someone who couldn't run...

a Saturday (Warning newbies: this is what C25K can do to you!) got kitted up and reminded...

not running, But - help me here team - is it normal to feel so frustrated? i think this whole run...