I had to end my 3+ year relationship yesterday. He lies to me... a lot. Yesterday I found out that he has been consistently lying to me about one topic for a month. And I just realized that I can't trust him to tell me the truth. I'm hurting. I love him and I hate him at the same time. But he clearly doesn't respect me. I just don't understand. I have begged him to be honest with me. I had told him we could work through anything if he was just honest with me. And he still chose to lie. My heart has been hurting for years for various reasons, long before he came into my life, and this just added to the pain. I'm so tired of my heart hurting. I have resigned myself to being alone for the rest of my life. I just want to genuinely smile again, and I don't know how to get there. 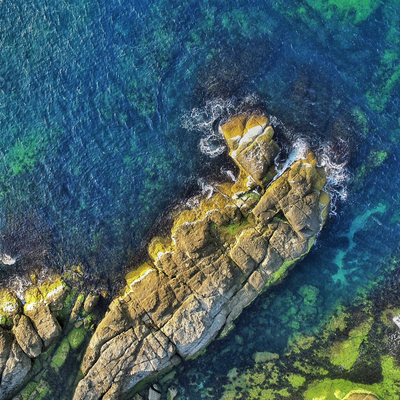 ChubbaGiz
To view profiles and participate in discussions please or .
5 Replies
•

Hi I'm so sorry you feel so bad.

Sometimes people think lying is better than being honest and hurting you. My husband had promised me in the hospital that he would stop as soon as I got out. It was months later, and I found that he was smoking in secret. He had his cigarettes in the vehicle I never rode in. It really hurt, especially since he promised me pretty much on what we thought was my deathbed, to stop so our son would have him.

I don't know what he lied about, but if it's a one time thing, maybe forgiveness and communication is best for this. If it's a constant thing, then maybe it is best to move on.

I wouldn't give up on love because one relationship didn't work. When you stop searching, most of the time that's when you find someone who is right for you.

I'm here if you need a friend.

ChubbaGiz in reply to Kat_21

If it was a one time thing, I could forgive. But he has been lying to me for the entire 3+ years. A couple major lies, but typically, lies about small matters, like things that I could never understand why there was a lie. For example, once he lied saying he had Dr. Pepper when he actually had Mt. Dew. He is pathological. This time, the lie is similar to the one you explained... smoking, but not cigarettes. He told me he wanted to quit. He kept telling me how horrible the withdrawals were, how bad his depression was getting. He told me he reached out to support groups but nothing was helping him feel better. For weeks he told me this, even after the typical 30-day withdrawal window. Apparently a month ago he stopped quitting, but still continued to make me feel sorry for him because he kept saying his withdrawals and depression were so bad. He lied so easily to me. Looked me right in the eyes and lied to me. So this was just the last straw.

Kat_21 in reply to ChubbaGiz

Yea that's very toxic. It isn't worth it then. I do hope things get better. I know hoe bad it hurts, but some people are just like that.

Sorry for the life drama. It happens to some of us. When it comes relationship some of us are not lucky and I don't know why, but being alone for the rest of your life is not the best decision. Things I learn lately not make a decision when you are angry and don't make a promise when you are happy. Life has it UP's and down but moving on is the best thing to do. Trust is like a broken glass once it is broken it can never be the same and there is nothing anybody can do about it.. Think about it before making a final decision. I hope this helps.

You need to stay away from him. He sounds like a compulsive liar and he won't ever make you happy. You don't know that you won't ever meet someone again. But you are understandably low because of the recent break up. Things will get better in time....

lit up every dark corners of my heart. Now without him my heart fills with the darkness again. And...

I’m so tired of hurting

But I’m just so tired and worn out from feeling like this. I panic all day everyday. I just want to...

and end up just upsetting her more? I think I already made my decision I think I must just let it...

My heart is broken 😢

guy grabbed him and my son punched the guy in face. I told him next time just give him your...