I'm messaging here because I've been dismissed by male doctors before and I'm not sure whether to make an appointment or not. I've basically always had irregular periods but they've been getting worse and worse - heavier and more painful and I can never predict when I'll get it. Cycle length varies between 18 -50 days. Some periods have started right after having sex. They are usually heavy but sometimes light enough that I'm not sure if it just counts as spotting between periods. Lower back pain has been getting more intense along with the periods. They usually last 3-4 days but right now I'm on day 7 which is unusual for me and its been an awful period. Two days ago I had absolutely horrific pain in my back and abdomen, I was crying out and curled up and took heavy painkillers which has no effect at all, it lasted all day and night and i was considering calling for an emergency appointment. Blood flow itself is like the heavy side of normal, sometimes heavier or lighter but only once or twice been so heavy that I was concerned.

I feel like I should speak to a GP but I'm not sure if I'm overreacting and will be dismissed.

I have fibromyalgia which I guess could be making the pain worse? And I used to be on birth control but doctors took me off because the side effects were bad for me

Any advice or help would be amazing 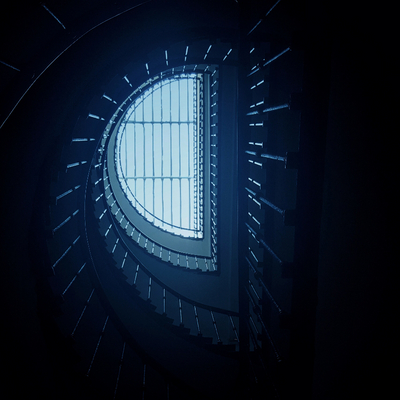 Lizardelle
To view profiles and participate in discussions please or .
Read more about...
6 Replies
•

Go back to your GP, be firm and try not get emotional..If this hasn’t been investigated, ask for a referral to a Gynaecologist. A period can be brought on by sex and orgasm, so that's not necessarily cause for concern. But if you have unbearable pain and very heavy periods..you need peace of mind.

In a report by the National Fibromyalgia Association, women with the condition have more painful periods than usual. Sometimes the pain fluctuates with their menstrual cycle.

I absolutely agree with wobblebee. Go back to your GP and ask to be referred to a gynaecologist. I have the greatest respect for GPs but at the end of the day they are not specialists and if you request an appointment with a specialist then they can argue with you but they must refer you. Be polite and calm but stick to your guns.Lots of things can give you unusual periods cycles or trigger a period so it might be nothing but you shouldn't be curled up in pain without getting it checked out.

Just a warning though as far as I'm aware the waiting lists are pretty long so you might have a bit of a wait.

Hope things improve for you. Let us know how you go

Hi can you not ask to be referred to a gynie at the hospital or if you can afford it make an appointment at spire private I see a gynie there it costs me 95.00 but I'm blackpool so I'm.not sure if prices change for other areas I've always done this u can normally see someone pretty quick instead of waiting ..its your right to be referred if you are not getting any support or answers from your gp...Good luck ...jeanette

Your post actually made me cry. I'm now a few months away from being 57 years old. My tein sister and I had our children and had light periods. Suddenly I bled heavily and she soon followed. Pain during sex we both experienced. I bled after every check down below for 7 to 10 days if it was a NHS routine or gp check. No one cared. We then began noticing variations in the cour of the blood and then clots of varying size and colours. Stomach pains couldn't be kept under control, nor were we able to gauge when the pain would start. We both ended up wearing 4 night time pads which were changed around 6 times until bedtime because the bleeding was so bad. Every gp insisted that women only had 1 teaspoon to 1 tablespoon of blood loss. We knew that wasn't nowhere near what we lost each day, even when we previously had light periods.

One day we booked a double appointment and saw a locum gp. She told us we had dysmenorrhoea but was unable to refer us due to just standing in for a gp. Although she was horrified at the years that had gone by and all the putting off referring us to hospital that had happened, all she did was book us another appointment.

My sister and I saw the gp, only to be put on the same merry go round again. At 37/8 years old I began having strange but really strong symptoms. My periods became patchy, I'd spot, bleed heavily, then nothing for 3 to 15 days. My skin was so dry that I thought my check bones would sit. I itched everywhere and couldn't stop sleeping. All of a sudden I stopped bleeding. I couldn't get an appointment for weeks. Then my hair began falling out. I struggled to walk and eventually was told I had reached the menopause extremely early. I think the heavy bleeding was a pre cursor to what happened and have never found out why it happened as the gp service certainly didn't care. Still today, 20 years later I still despise them.

Call the hospital and book yourself into gynaecology. Write to your gp explaining what has happened and what help you need and how it makes you feel.

Call your local PALS at your local hospital and ask fir advice or make a complaint.

Do not put anything else in your body until you have a diagnosis apart from paracetamol. Certainly not Ibuprofen, etc as it's inflammatory. Look at NHS Community Health care sites to see if you can access help from there. Look at your gp website to see what help is available from them. All the best 😍

Lizardelle in reply to Evonne02

Thanks for replying, and I'm so sorry to hear what you went through, that sounds terrible and I hope you're doing well now ❤️ I'm trying to get better at advocating for myself at the doctors and will certainly go for it at my next appointment!

Evonne02 in reply to Lizardelle

Thank very much. You go girl ! Try keeping a diary or note book. It's amazing what you find out after 6 to 12 months. Take care 😍

next one. This period has been very heavy and bright red (sorry for the tmi) and I'm on day 4 with...

supplementing myself with D3 and co-factors My periods have been irregular for at least the last 2...

and I have took a pregnancy test and I'm not pregnant but why haven't I came on my period yet,Is it...

have not had much period pain at all, but the periods have been extremely long and heavy, with many...

stared periods and not stopping. I actually have heavy bleeding than usual. At first, doctor...