Hello everyone! I hope you're all well. I haven't been on here for a while, I needed time to accept everything, struggled with panick attacks but A therapist later and a bit of counselling made me feel better. 😊 I'm planning to make a few trips this year, all in Europe and I have never had travel insurance. I don't even know where to start. I have PBC, stage O, I have not been given any medication and I feel fine (occasional stubbing pain in the liver area). So, please advise me, where do I go, what do I say and do you think it's really necessary? Many thanks in advance. 😊 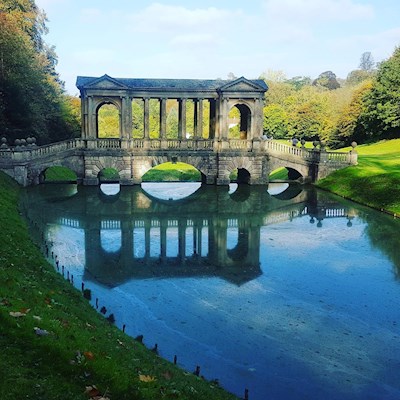 Beatris03
To view profiles and participate in discussions please or .
Read more about...
11 Replies
•

I personally wouldn’t travel anywhere without insurance. I can’t seem to find one that will insure me for yearly multi trips so have to get insured on each individual trip. Google travel insurance and loads will pop up.

Beatris03 in reply to Wocket

Thank you for your reply. Try AXA for multiple trips. One of the members suggested it to me. 😊 Regarding URSO, the doctor told me that I don't need it and hopefully I won't need it for a long time to come. I see him every few months for blood tests and scans. I hope he knows what he's doing 😕

ninjagirlwebb in reply to Beatris03

Is your doctor a pbc expert? If not, you probably should get a 2nd opinion on the urso from a specialist doctor just for peace of mind. I thought that the earlier you get on urso, the earlier you can slow down its progression.

Beatris03 in reply to ninjagirlwebb

He is a gastroenterologist so he deals with liver diseases as well. I'm seeing him this month so I'll ask him....again. When I asked him first time he said that the PBC is in a dormant stage so they'll just keep an eye on me for the time being. I'll look into getting a second opinion, I'm kinda getting worried now 😟

ninjagirlwebb in reply to Beatris03

Don’t worry. Pbc is really slow progressing. You have time to figure it out. I suspected I had pbc a few years before diagnosis but this being a rare condition, it was hard to pinpoint until the right doctor gets involved.

Stay focused on your trips while getting a 2nd opinion.

I was like you. Around 2003, a blood test showed I had the antibodies (AMA) but there was no detrimental effect on liver function. Urso was discussed but there seemed to be no reason to medicate for problems which didn't yet exist. My consultant was of the same mind. I was tested regularly for many years until the LFTs started to show problems, (about 4 years ago) so I started on urso. Within a few months LFTs were back to normal, and have remained that way. Check with your consultant to put your mind at rest though.

I got my travel insurance through AXA. I completed an online form and ticked the box for PBC which took me to another detailed screen which asked all sorts of liver related questions, like have you had a biopsy, admitted to hospital, any varices, what medication... those sort of things. As my PBC is also early stages it didn’t increase my premium by much. I think my annual multi trip insurance is less than £100 for the year.

Beatris03 in reply to Hils67

Fantastic! I'll go ahead with them. Just had a quote for both me and my partner who also has an autoimmune disease of less than £100 for a whole year, multiple trips in Europe. Yupiii....Many thanks 😊

yes you will need to declare it or if you had a liver related problem when you were away... they might wiggle out of a claim...

try free spirit...but you will probably have lots of choice and vastly differing prices... so do shop around.. xx

Beatris03 in reply to cazer

I have annual travel insurance with World First - a very good rate and covers me for all the conditions with just an extra excess if I have to claim against those conditions (£75 excess for any claim and an additional £75 if I claim for the conditions I've declared - and there are several!). Boots are apparently good too - I didn't realise they did travel insurance until recently!!

If you travel you really MUST take out travel insurance especially as we don't know what reciprocal treatment we may get in future in European countries!

Do travel if you can - it's good for your soul!

Extra travel insurance yes or no?

going away in aug have travel insurance. mentioned about pbc. they said i needed to do a medical...

I’ve recently been diagnosed with liver disease and PBC and am travelling abroad from UK this...

looking annual travel insurance for a couple (aged 65 and 72) and the questions about PBC seem very...

Am planning a trip to oz in the summer and I recently seen a post about how hard it is to get...

When are the insurance companies going to change their matrix for PBC? They still use Cirhossis and

been on urso for 6months but alp still up

How are you sleeping?

Do I really have PBC?