I have read a few posts about appointments so I knew a little of what to expect at my appointment this morning. The consultant was very nice, and understanding. However, she asked what I thought the diagnosis of fibromyalgia would do for me, which threw me a bit, as I hadn’t realised it was an official diagnosis (if there is such a thing). She examined me, and checked if certain joints were painful and did an ultrasound on my hands. She recommended a steroid injection, which I had, and sent me for a raft of blood tests. I brought up vitamin D, which she is checking again - she did seem to know quite a bit about it - but glossed over my low iron, ferritin and folate levels.

I have a leaflet for the injection I had, and a booklet about fibromyalgia. I will be going back in about 6 weeks to let them know if the injection helped at all.

I am pleased that I went, but I don’t really know what to do next. I still suspect that some of my issues are caused by low iron, vitamin D or vitamin B12, or possibly the menopause. Or both. But if I start more supplements, we won’t know if the injection or the supplements has had any effect. 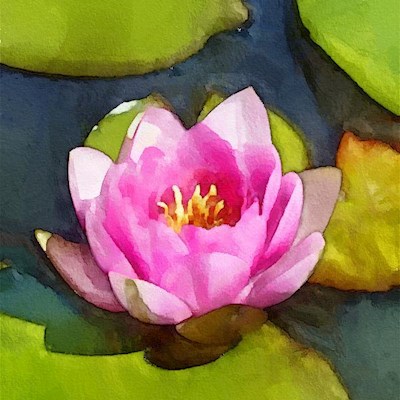 KittyB52
To view profiles and participate in discussions please or .
Read more about...
15 Replies
•

I've noticed that many Rheum's are very eager to give steroid injections. I think it should be compulsory for them to declare any financial incentives they get for medications.

These same Rheum's generally ignore the deficiencies which you mention. It makes sense to sort those before giving steroid injections.

I recently went to a derm. and she is the first person to insist on having blood tests in case I had deficiencies, being vegetarian, only then will she consider alternative reasons for my skin issues.

I wish more doctors were as ethical and genuine.

You are right on the button. I was shocked that the rheumatologist gave a steroid injection. That was rather odd I thought. Steroids are not great to begin with. To ignore the other deficiencies is setting off alarm bells for me. I'd be looking for a new rheumatologist

Very unusual in my opinion for fibro to be discussed at a first appointment. Normally it takes what seems forever for a diagnosis to be made. Rheumatologists would normally want to exclude everything else before uttering the word fibromyalgia. Have you had tests for thyroid, lupus, EMG (test for the electricial activity in the nerves stimulation of the muscles) and of course blood tests. For me it took from 1987 to a couple of years ago! Never been offered a steriod injection thank goodness as I hate needles! As to the question what a diagnosis of fibro would do for you. Well for me it was a shock - never heard of fibro it was a word the rheumy wrote on a piece of paper and said "go research, I haven't time to explain it to you". At least you managed to get a booklet. Sounds like a reasonable Consultant who will actually deal with any questions you may have relating to fibro which is fortunate.

Whether you get a diagnosis of fibro or anything else the thing to remember is you are still the same person you were half an hour before you had a label pinned on you. With fibro you need to develop a thick skin to deal with some of the comments you will get along the way and a positive mental attitude to see you through the not so good days. Guess at the moment it is a case of wait and see what if anything the steriods do for you and reporting back to the rheumy at the follow up appointment. Good luck I hope you get the answers. Let us know how it goes.

I have had a couple of years of tests through my GP - so many blood tests, an MRI, nerve conduction tests etc. Over the summer, he said that he wanted to refer me as he suspected it might be fibromyalgia, and that is what he has put in my notes.

I have had blood tests for vitamin D, hormones, B12 (and homocysteine and MMA), liver function, and all sorts of immune antibodies tests. Only had the basic thyroid test done through my GP, so I had a thyroid panel done myself via Medichecks.

The rheumatologist sent me off with a long list of blood tests to be done today - some weren’t even on the form, so she had to write them in the ‘additional notes’ section.

I also dislike needles, but I thought it was worth a try rather than having to take tablets and potentially suffer weight gain.

I didn’t think I had fibro, as generally I don’t have fatigue. Well, I am always tired, but I have a toddler, so that explains it. Strangely I am wiped out this evening though.

You probably feel wiped out now because of the lead up to the appointment, the effort of getting there and trying to concentrate and what was being said. It's emotionally and physically exhausting. Fingers crossed for an accurate diagnosis.

Hi hun- YES you will know if the injection has worked or not- you should feel pain free, a surge of energy, a for the iron/ferritin levels, your gp should look after testing those, can I ask who told you that your Vit D was low?

A surge of energy sounds fantastic!

The consultant said I should start to feel the effects within a few days but online information seems to suggest it will take longer.

My vitamin D level was low a year or so ago, and my GP prescribed supplements (which, after research), I discovered were pretty useless. I managed to improve the levels over the summer thanks to the weeks of good weather but obviously it will go down again over the winter. I currently use a spray under my tongue.

My GP (and the rheumatologist) have both said my iron levels were fine. Rheum has ordered a FBC so will see what comes out of the results.

Hi NurseGladys123, a quick question - do you know how long the injection would usually take to work?

Ah, OK. Not feeling any different almost a week later so that's not looking too hopeful.

Just got a letter for my follow up appointment - it’s August next year.

Oh can that's alifetimecaway,,after seeing my they'll man my go gives me steroid injections now,many are trained to do them. Maybe discuss it with your go,,I have KENALOG so do my two sisters with good effect they last 4 to 6months if given into big muscle in bum!

I had my injection into my bum muscle too - weird sensation.

Will make an appointment with GP in new year.

If you can find out what was used some steroid better than others.don,t think your injection hasn't worked we are all different it may yet take.

Hi again, it was Hydroxychloroquine.

sorry I know this has been answered several times before. My GP has diagnosed my with Fibromyalgia....

for a possible diagnosis. I'm really anxious as my symptoms have been going on for about three...

omg my rheumatology doc does my head in !

but i get this appointment out of the blue !

why though ,and what joint are they injecting !

difficult for both of us lol. Although she has always been deaf, She is loosing her vision and...