Upset - what to do next? : Hi everyone... - Endometriosis UK

Hi everyone - long post alert update from appointment thank you so much for reading.

So we had some upsetting news at our follow up appointment yesterday (21/9/18).

My new consultant went through all the information he had including; the letter from my previous gynae who did my lap in Feb, the blood tests and the ultrasound that I had recently, and the news is not great.

He went through the letter from my previous gynae consultant which basically says that the endo is blocking my tube, covering my ovary, has stuck my ovary and bowel together along with attaching the ovary to the back wall of my uterus all on the left side. He said that based on the letter bearing in mind they haven’t done a laparoscopy he would say that my current stage 2 diagnosis is wrong. They don’t use the stages here they use the minimal, mild, moderate, severe. He said he would diagnose me as severe with the fact that my bowel is involved.

He then went on to explain the ultrasound I had a couple of weeks ago which has shown that, the left side ovary appears to have cysts, quite a few of them inside and outside the ovary and the right side may have one cyst but that the cyst could be a follicle. On a small positive note my uterus is fine. Gotta take the small wins.

Then he got the the upsetting bit. So far I was fine I was paying attention and feeling ok.

He then went through the blood tests. All were fine apart from my amh levels. He said for my age the average should be around 25 mine is 17, meaning I have a lower egg reserve than I should. So coupled with everything else I have to basically make a decision as to whether I go ahead with IVF which could have complications because the cysts and puncturing one to get to the eggs and the fact that the left ovary is a bit of a challenge to get to or have surgery to relieve the endo as much as possible and remove the cysts then go on and have ivf afterwards.

Hubby wants to give the ivf a chance he is so positive constantly reminding me that the ivf could work as we are lucky enough to qualify for 2 rounds on the nhs, his theory is to do the ivf if that is unsuccessful to then have surgery and then try again with the second round of ivf. I’m not so sure and feel like I’m stuck between a rock and a hard place. If I have the surgery when they remove the cysts they will take some of the eggs too. But if they do the ivf they will give me oestrogen which is what the endo likes and could make that worse.

Any advice or positive stories would be so appreciated right now. It would be fair to say I had a bit of a meltdown afterwards. 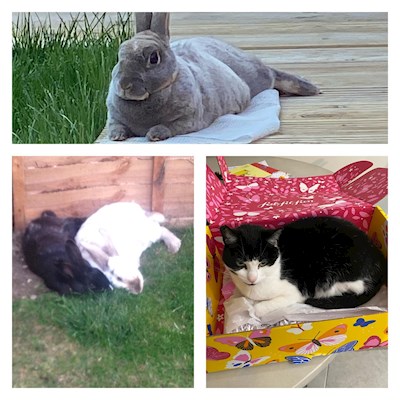 kelsbels88
To view profiles and participate in discussions please or .
Read more about...
9 Replies
•

Hi, I feel for you I’m in a similar situation (although hubby already has children and doesn’t want any fertility treatment). Personally, I would go for it, otherwise you may think “what if” later down the line and at least if it doesn’t work you know you tried. You will be suffering with endo whether you do or you don’t. I guess, In ten, twenty years time, will you regret not having ivf? X

kelsbels88 in reply to maaf

I think whatever happens we will have the ivf. The difficulty for us is do we have it first before surgery, or do we have surgery and then try the IVF.

Awww Bless you sorry your in a similar position its pretty crappy. I will be suffering with the end but part of me thinks if I can get rid of some and live a slightly more normal life for a little while is that worth it on top of the effect it may have of the IVF working compared to not having the surgery and trying the IVF whilst im still riddled with endo.

maaf in reply to kelsbels88

Ahhh I see, yeah definitely a rock and a hard place! A life with less endo pain is absolutely worth it!! It just takes over so much of your month, mentally and physically! I guess only you can make the decision of what you try first. Have you looked into statistics of the success rates on ivf in someone with endo as bad as yourself? You’ll make the right decision, and it seems like your hubby will be with you 100% x

kelsbels88 in reply to maaf

It definitely takes over, the amount of functions/events I’ve not attended because of the pain and the symptoms is unreal. I was on the pill for 12yrs so my symptoms were covered up it was not until after I got married they got really unbearable.

If the surgery is going to improve quality of life for a substantial amount of time then it’s worth doing but if it’s back within a couple of months do I want to put myself through the surgery to then have reoccurrence so soon after. As I said I keep going back and forth all the time 🤦🏼‍♀️

maaf in reply to kelsbels88

Same oregan_k, I was on the pill for 15 years and as soon as I came off the pain was horrendous!! I had a lap and it helped for about 14 months but now it’s getting bad again (missing events, work, crying not just with the pain but the fact I’m still not pregnant). There’s definitely not enough information out there! X

If it were me (and it probably will be me in a couple years), I would do the ivf first. Unfortunately, endometriosis usually comes back even if you get everything out in surgery. As you said, estrogen contributes to the growth of endo. I would do the ivf now since it's likely it'll worsen the endo, then do the lap after to get everything out. That way you aren't immediately contributing to growing back what you just got out. Of course if the first round doesn't work, you still have the second round to try after the surgery.

My specialist warned me that I would very likely need IUI or IVF treatments to get pregnant, and that if I went ahead with those it would be likely I'd need another lap after my pregnancy. I'd rather wait until after to do surgery, instead of surgery, ivf, then possibly surgery again.

That being said, depending on where the endometriosis is located and how severe it is, sometimes getting (and staying) pregnant can be a real challenge. Since yours is pretty severe, it might allow the ivf to work better if you did the surgery first. That would be a question for your doctor, for sure. Did your doctor have an opinion at all on what you should do? I would ask specifically if they thought the endo would diminish the possibility of carrying a pregnancy to term. That would ultimately be my deciding factor.

I agree with all the comments here. The problem with operations is that they can be delayed (staff issues, pre-op issues etc) and you’ll still be stuck at square one. At least with the ivf you’ll know one way or the other whether you can conceive and start on that journey. And if you get pregnant it might alleviate some of your endo symptoms! You can also ask them to monitor your cysts during your (hopeful) pregnancy. But do be prepared for bad news and make sure you and your hubby agree on the next steps before you have to face that situation. Whatever you decide to do, arm yourself with facts and you should see a way through. Best of luck x

Oh, and they might change the regulations about the number of ivf cycles a patient can have. We were lucky enough to be eligible for 3 in our region and took them. A few months later the allowance went down to 1.

Unsure what to do next...

really unsure which way to turn next, I had a lap last year and they found I had endo and adeno,...

Advice on what to do next!

ligaments. Prior to my surgery, the consultant had advised that they would excise any endo that...

43! I have several laparoscopic surgeries which only provided relief for a few years. Five years...

What should I do next?

last year which showed large 2\\\" blood filled cyst on right ovary and was referred to gynae. in...

What do I do next. Nothing came up in my laparoscopy

see a gyno and he said he was sure it was endo, and he could feel it?

I had my first lap Tuesday,...

Has anyone had a cystoscopy and did it hurt?