I had my follow up appointment, consultant said there was no visible cause of my pain during my lap and hysteroscopy but I have PCOS and lining is thick and something has to be done as it could become cancerous in the future.

The three options he gave me were the coil, the pill, or provera. I chose to take the prescription for provera but now I’ve googled it it just sounds exactly like the pill in terms of the side effects and I can guarantee my body will react badly. Also one of the side effects is hair loss. And my hair has already gone so thin in the past months.

None of these will help with my pain, and I will never ever try the coil anyway. I’ve had various pills in the past and they’ve all made the bleeding so heavy I can’t cope. I felt like I was back at square 1 with what my GP told me in the first place.

He said he would write a letter to GP for further bowel investigations to see if the pain if from there. I can’t see how it’s bowel related.

I feel so depressed now. I obviously didn’t want there to be something wrong but I wanted some explanation and wanted to be able to get in with my life an go back to work. There has to be a reason for the pain every day I can’t cope 😔 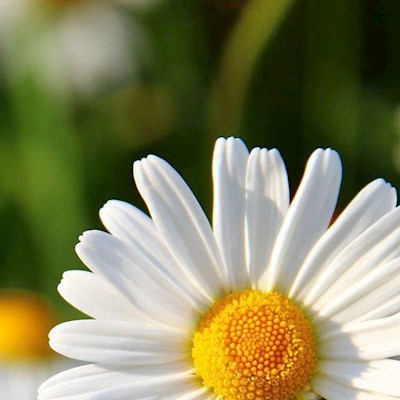 C2691
To view profiles and participate in discussions please or .
Read more about...
23 Replies
•

Im sorry . It a bummer when this happens , i know it happened to me.

18 years of pain and eventually got my lap as everyone was 99.9% sure was endo and it wasnt!!!

They noticed my blood was thick and clotted as i was on period when had lap so was put on tran acid which has worked for me but it turned out it was my bowel, i had irritable bowel syndrome brought on by intolerance to gluten and cowsmilk....

As soon as i saw gastro and cut it all out all my pain went ? Even my period pain and pains in stomach, back,thigh all went .... so dont b disheartened ...

It could b many things.

I also had pcos but it had gone 7 years later, aparently that normal as our hormones and body changes every 7 years so what i had a 16 i didnt when i had ultrasound when i was 24?

I did use Progesterone cream aswell though which in america they give u for pcos here in uk they dont but i brought it online and used it and it helped my pcos immensely so much so it just went. I was never on pill or coil and never have been and im now 43.

Aww poor you, I know how much you were dreading to hear this, can’t even imagine how upset you must be 😢

Maybe as lady says above something to do with the bowel, ?

Yes back to GP next week 😔

Have you had any investigation for Adenomyosis if you have heavy bleeding? It's notoriously hard to diagnose.

Also have you seen a pain specialist?

No, he just seemed pretty sure it was bowel related. I know I’m not a dr but it really does feel like pain in the uterus/ovaries as it’s much more towards the front of my stomach and pain down below and I just find it strange to have such bad bleeding and the pain isn’t related. but instead it’s bowel issues 🤷🏼‍♀️

I had RV Endo on the bowel bladder and us ligaments and didn't have heavy bleeding or all that much pelvic pain. Most of my symptoms were back, bowel movements or bladder issues and dyspareunia and fatigue.

If he's fobbing you off saying it's IBS and you're having other gynae symptoms I would want a second endo specialist opinion if it were me.

Are you under a BSGE centre or just a general gynae?

I think he was general gynae. I felt like apart from the PCOS. He wasn’t concerned about my pain I find it extremely hard to accept it’s not gynae related. I will definitely ask my GP about a second opinion with another gynaecologist but I don’t think that will go down too well. I also wonder if I should ask for further scans? Maybe MRI scan, I don’t know how to approach the conversation without the dr thinking I’m a hypochondriac! I’m not! My pain is real. 😩

I would say that the gynae isn't an Endo specialist and appears to be dismissing it as IBS despite numerous gynae symptoms associated with Endo and Adeno so you want to have a BSGE accredited Endo specialist opinion.

According to the NHS spec refractory cases where treatment has been unsuccessful can be referred to BSGE centres.

I was misdiagnosed by a general gynae ( a fertility specialist ) as having Adeno and reccommended a hysterectomy when I don't and the GP had already found my endo lump. My BSGE Consultant has been a life saver.

Or if they refuse you could pay for a one off private consult, and then armed with his view ask to get on their NHS list as a referral.

BSGE service specification and when referring is appropriate.

Ok thank you so much for your help.

I’m sorry you weren’t given answers must be very frustrating.

If it helps my fertility doctor told me gynae and bowel issues produce the same symptoms which makes it difficult to diagnose.

Good luck with your gp appointment.

Don’t give up - pain is an indication of something being ok and needs investigation.

Thank you, 😌 just very depressing being back to square one and still feeling exactly the same. X

I have, that was that last pill I tried and it made me bleed so much I almost ended up in A&E. 😰

Oh sorry my dear. How about Zoladex injections?

Thank you for your suggestions, I don’t want the injection for the same reason I don’t want the coil, I feel like if it makes the bleeding extremely heavy I can’t just stop taking it immediately like I could the pill and that really worries me.

Could I ask why you don’t want to try the injection? It did wonders for me? Most women here have found it quite effective

Purely for the fear it will make me bleed too much, I don’t have a regular period and never have, I bled for 9 months straight last year every single day and half the time it was extremely heavy, I was permanently anaemic. I haven’t had any bleeding now since mid November apart from the bleeding bought on by my hysteroscopy/laparoscopy in December which again for a couple of days was heavy.

Sorry about that. But it’s unlikely that Zoladex would make you bleed as it sends signals to your body as if your in menopause. Look it up here:

Thank you, I’ll discuss with the GP next week. The side effects worry me though, I wanted to avoid as I was sent to the hospital by my dr a few years back with what she thought sounded like a blood clot, that was while I was on combined pill. Since then I’ve been terrified of the ones with blood clot as the side effects. So when I tried mini pill for the first time I was really hoping it would work for me as it didn’t have that side effect. I just can’t see a positive side to any of these choices for me personally.

I don’t know much about the pill and luckily ive never been a heavy bleeder but i got put the mini pill Cerelle because the pain during the periods was so awful. After a few months i have l hardly have a period now so wondering if it would work for you? Also metaphanic acid makessupposed to make periods lighter. Xx

Thank you for letting me know. Since I’ve had my laparoscopy last December, I haven’t had a proper bleed. (After heavy irregular bleeding for 9 months) I’ve had spotting and then sudden bleeding but it settles after a day or 2 then comes back a little while later. I have no idea what to do. I’m really scared of trying any pill because of my past experiences. I’m terrified of going back to how I was before my lap but I also know I probably ‘need’ a bleed. I have mefenamic acid for when my pelvic pain gets so bad. And tranexamic acid for incase my bleeding becomes unmanageable. But I don’t know what else to do when the drs are telling me there’s nothing wrong. 😒thanks for messaging xx

C2691 I have also recieved this news today. My consultants said the results did not confirm endometriosis

I have mt follow up appointment end of June. Have you got any further? I have been tested/treated and had procedures for every gastro/bowel related problem and no luck. And now the same with my lap xxxx

I’m sorry you haven’t had any answers. It’s an absolute nightmare not knowing what’s wrong. I left my follow up appointment in tears because he just said I have IBS. I felt so stupid because it’s like they are not listening. I know there is something wrong with me but feel like I’m going crazy when the drs say there’s nothing wrong.

I haven’t yet gone back to discuss the diary. I will so soon probably with a new GP I haven’t seen yet. I hope you get more answers that I have 😒 let me know how your follow up goes. xx

know how I will cope if this is the case and I have to start back at square one.

Just had laparoscopy and in so much pain...help!

out there has been through the same and come out the other side fairly quickly. If anyone has any...

found a small amount of endometriosis on the right side and removed it. I would like to know how it...

did and I have no idea about future plans. Like I’ve said about after care been bad this really...

lower back pain and hip and pelvic pain especially when sitting down and i get bloated and painful...

Worse times of the day