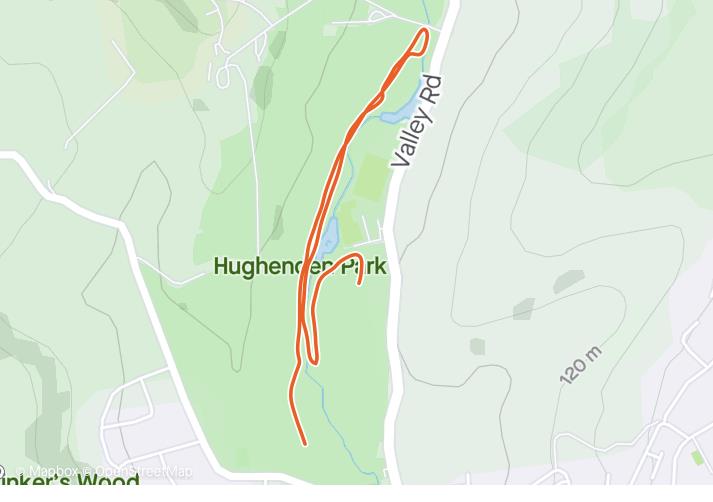 Am I really starting Week 7? Can’t quite believe it! I nearly postponed it for a day as I only had about 2 hours sleep last night, but thought I’d feel better for being out and about in the early morning.

I did the run with no dramas other that wet running shoes and a route which looks like a strand of spaghetti, which was me trying to avoid the inclines! Slightly better pace, I think than the last 25 minute run on Wednesday. First 5 minutes seemed very long, but once I got into my pace it was OK, apart from one rather steep incline which almost got the better of me. But I kept going! And when Michael kindly offered me the chance to speed up for the last minute, I was happy to oblige! For that last 30 seconds I could feel my stride lengthening and began to believe I might eventually make 5K in 30 minutes. Eventually, that is. Not any time soon! 🐌🏃‍♀️ 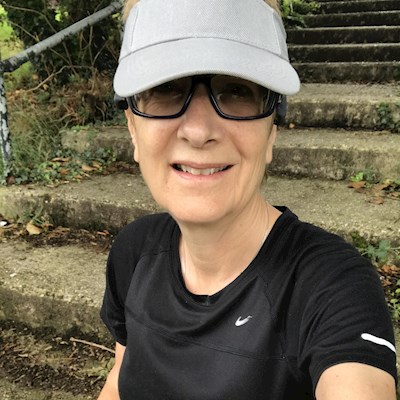 Jools2020
Graduate
To view profiles and participate in discussions please or .
24 Replies
•

Amazing!! Well done for doing it even when you felt like postponing it! I found that my first run of W7 felt easier, although mine wasn't necessarily better pace because of the heatwave - I think once you know your body can do 25 minutes, it becomes a lot easier. That's interesting, because I always feel like the first 5 minutes fly by, it's only the last 5 minutes that I struggle quite heavily on the mental side!

I think it's so important to push yourself a little bit at the end because it shows that you can do that pace one day and like you said, even do 5K with that pace!

Good luck for your next run

Thank you! I’ve only been able to push myself at the end for the last couple of runs. Already looking forward to the next one!

Oh I’m in High Wycombe too, I’ve been running around restricted routes to avoid hills (I’m in the “valley” of the flat bit in town) is there a nice route in Hughenden that isn’t national trust? I’m starting to think about potentially driving to places for runs on occasion for a change of scenery.

Yes, it is part of the Hughenden Manor estate, which is National Trust. I don’t know of any other routes, though. Let me know if you know more about it! It’s very scenic there.

Small world! I’m don’t live here, I’m from Norfolk, just visiting my Dad for a couple of weeks in Downley.

Amazing !!! Well done .... nice no dramas ... loving the route ... shall we say artistic! Good idea to try and avoid the inclines as it is thoughts I’m finding have caught me out.

You have failed In one way though ... as did not declare your music 🎵 choice today !!

No dramas is good at this stage 😀. For the music, fell back on the wonderful Pink Floyd (Dark Side of the Moon). When the Great Gig in the Sky came on, I was belting it out as well - heaven knows what it sounded like. Not easy to sing while running, Got a few amused looks from the dog walkers on the other side of the park. 😂

PlymBorn in reply to Jools2020

Yes - you really are! Week7

And you did incline! Way to go!

Jane, I inclined as little as possible 😂, but yes, here I am! Michael has every confidence in me, he knew I could speed up at the end! Definitely going to take 2 rest days now,,, or will I? What’s happened to me, I just want to get out there again! 🏃‍♀️🏃‍♀️🏃‍♀️

Tinytears60Graduate in reply to Jools2020

I’ve woken up this morning and I feel I want to run!

I’m not going to though..

the reality is if it was just down to our positive mental attitude we would be on 10k and beyond by now... I’m going to listen to my legs and be good.

Isn’t it just! Before I went this morning, I decided I would take 2 rest days. I’m already arguing with myself! To be honest, I should have an extra day, but....the park is calling me 😂

I’ve just done the same run and found it really tough. I’m just pleased I didn’t have to give up but I’m very slow! Can’t imagine I’m going to get to 5k in 30 mins.. however, I’m being positive with what I’ve achieved so far!

And so you should be positive! Well done. I certainly didn’t find it easy - just a tad easiER than the last one. I want to do a park run in September. I don’t care how long it takes me, but I’d like it to be a little bit faster than the pace I’m running at now,

It’s covering the time that matters not the distance 😊

I don’t blame you for being proud! Plenty of time to get faster in the consolidation runs, if you even want to. I believe that the more confident we get in our ability to finish the 30 seconds, or whatever, the more likely we are to put in extra effort each time to increase pace. And it will happen slowly for some of us.

MhjogsGraduate in reply to Jools2020

Oh yes definitely, I’m also on the large side so I know there is a limit to how fast I can physically run right now anyway.

It’s such a good program. It’s obviously working really well for us! All our little daily wins are making me smile!

I know! It’s a real team we’ve got going on here!

Woooo! Well done Jools! Wet shoes are a bit of a nuisance. I'm thinking about buying another pair to allow wet ones a bit longer to dry out. And comparing your run to a wee strand of spaghetti made me laugh!

Fantastic, Julia! I know about running on a lack of sleep and it’s actually not too bad. Well done on such an uneventful run. Those are the best!

My runs look very similar to this one as I’m using the Long Walk in Windsor Great Park as my running nursery. There are a couple of inclines on my route but nothing too strenuous! However, when I want to up my game there are a couple of tasty hills!

Keep up the good work.

No, you’re right; it wasn’t too bad. Just felt really tired for the rest of the day.

The Long Walk, eh? Know it well! One of my old photography haunts for the red deer in the autumn.

Tasty hills? Give me the Norfolk Fens any day! 😀

rest then run due during the Park Run on Saturday morning, really think I've caught the running...

just seemed to settle at that pace again! Well until the last 10 minutes which were tough as usual...

it when one of the one minute runs coincided with going up a particulary steep hill, but there's...

the last 5 minute run, that for some reason I decided to keep going for an extra couple of...

close to the finish line now I can’t believe it!! I completed run 1 of week 9 today and it went...