Had to stop 18 mins in - i thought i would pass out with the heat! SUPER DISAPPOINTED, teared up a little! Cant brush this as a bad run, just got through week 6 - unsightly runs. This will be my first repeat but worryingly maybe i need to be fitter to get to the 25 mins walk or even more- ughhhh want to run and do it again at 4 but unsure if thats the wise thing for my body! 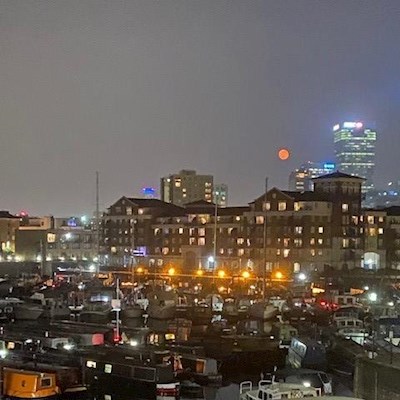 redandblack
To view profiles and participate in discussions please or .
23 Replies
•

So sorry to hear that. The heat makes everything so much harder. Can you change the time of your run to either early morning or late evening? That should make it more bearable

Thanks - Yes I think I will take your advice and do either first thing in the morning or after logging from work this evening. You know i didnt think i cared so much but there

thank you again! im gonna try tomorrow morn -think its slightly mental as well, it just seems a long way! Any tips on how to mentally prepare early on the run would be most appreciated.

I got through W6R3 by running ridiculously slowly, and saving all my reserves for the last 5 minutes. It was early morning, but the main thing was going slow. It wouldn't matter if you were running on the spot; nothing in the rules against that! Actually it must have been a little above my normal walking speed, but the point is not speed; at this stage the aim is just to keep up the rhythm. I imagine we can have a go at speed after week 9, when we have established the essential stamina.

wise words Ringla gonna attempt it again but not in the crazy midday heat and take it slow - one foot in front of the other... thanks again I think sometimes you think a lot of people are finding their "stride" so it has to be me... and my body! but trying to fight these personal demons - its crazy how this is not just a physical but mental challenge as well....

Yay, that's the attitude, you can do it! 👍 Like everyone else said, take it really easy, go really slowly and then slow down even more! Make sure you hydrate, that's really important. And when you go out there, remember that you can do it, you've done 25 minutes already, you can run for that amount of time. I remember the first time I went through C25K, w7r1 was the one where I very nearly stopped, it was a hot day and a new route (I was on holiday), bad combo. I was dreading run 2 but I went out earlier, took a different route and I was ok. Run 3 I returned to the one that nearly broke me, and it was the most enjoyable run of the week! So don't get discouraged, you can do it. Rest up and give it another ago in a few days 👍💪

That sounds like a good plan - shall try again tomorrow morning when its cooler and not worry about it too much...Just need to not dwell on it!!!

Totally, each run has a life of its own! Good luck 👍

Perhaps you had to stop running because of the heat and you were not hydrated enough.

Take a extra day off running, drink plenty of water, most of all, run at around dawn when the weather is cooler, good luck.

Thanks so much - will switch the time of my run, hopefully that will make a difference! Grateful for your reply! Trying to be positive just feels tricky right now.. but I will try again even if I have to repeat it.. just want to get fitter and get to the place where I start to "Enjoy" the run....

It happens, you will crack it under better conditions for you, keep at it, slow n steady!

Thanks davelinks gonna give it another go but instead of midday first thing before work tomorrow and see how I go! Did you worry about pace whilst completing the program or is that something to work on once the mountain has been climbed?

I think it's only natural to worry about pace as a new runner, yes, I did, but it's quite wrong to do that, having a spirt of pace near the end of the run is fine if you have extra in the tank, but it's not the be all and end all, and for c25k generally the slower the better.. remember it takes around a year or so to build runners legs..

yes thank you it helps keeping that in mind....

You did 25 minutes last week, remember?

Good luck with the run next time. You've got it.... I found Japanese running made it easier...

Dolphin-Girl Hellooo - yes definitely gonna look into Japanese running and do some research! Thank you so much!!!

That is so useful! shall definitely try it again like this! thank you so much....

I'm currently reading the book to this, interesting...

I too had a difficult run this morning at the same stage. I was surprised at how warm it was and I definitely think that affected me. Plus a few “excesses” over the weekend perhaps caught up. Don’t be disheartened, think how good it’ll feel when you crack it! Stay positive and keep on running.

Thanks so much Bedford_83 ord I think I need to try it again but need to think with my head and not my heart - Annoyingly it seems to have cooled down now! eeek

You gave it a go and hopefully it is a learning exercise.

Can you speak aloud, clear, ungasping sentences as you run?.........if not, you are going too fast.

Were you well hydrated? As a runner you need to drink a minimum of 2.5 -3 litres of fluid each and every day, running or not, as mentioned in the guide.

This is not optional.

Have a rest day before you try again and eat, rest and hydrate fully.

There are so many ways that you can make this difficult for yourself , but if you check out the above, then it will be oh so much easier.

and my feet were sore. Ended up walking at about 18 mins!

Can’t run now until Thursday at the...

though. 2 mins after Jo told me I’d been running for 5 mins, my shoelace came undone. Swore,...

just stop and walk it off.

Find it strange as I managed to do the full 25 minutes of week 6 run...

Was starting to question what on earth I was doing but then Laura said I had 5 mins...