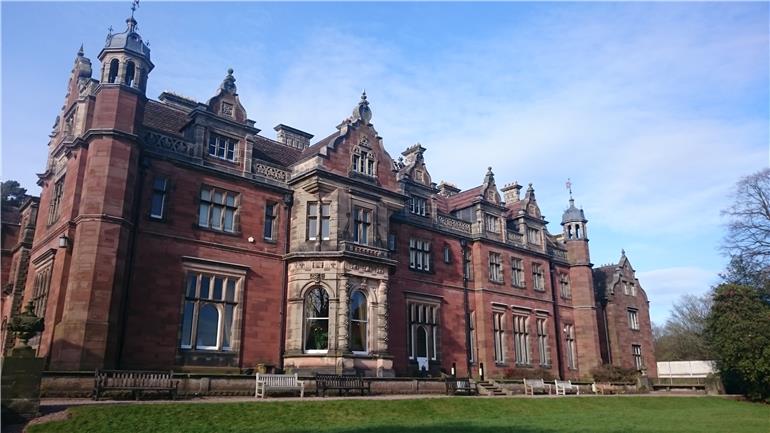 So I figured that seeing as there's no distinction between Week 7 and Week 6, Run 3, that I'd just move on to Week 7. I decided to return to Keele, but to run around the running track instead of going through the woods. Anyway, as soon as I made my way there, the track was closed! I ended up running around the fields and on-campus accommodation. There was a brief moment where I had to jog on the spot, as I was trying to negotiate taking my hoodie off whilst keeping my armband attached, but I kept on going. I didn't speed up for the last minute, as Laura suggested, but I did speed up for the last 10 seconds and it felt great!! I was very proud of myself.

No pictures this time, so here's one from the other day.

Hope you guys have a good run today!!

It is up to you but I figured the programme was designed for success so I followed it without going forward! Mind you, week 7 was the one I got over confident and kept running to 5k two times. Calmed down again and got back to the programme LOL to graduation! I guess it is a balance between excitement, enthusiasm and wisdom. Injury would stop us running altogether so slow and steady wins the race LOL! Julie

Well done on the run

Hope you are stretching after your runs , that should sort your glutes out

Just watch out the aches or niggles ,take extra days rests if you need to .

I would stick with the program too , it is how it works

Well done and in some way it justifies your decision to move forward. If you felt that you had pushed yourself too soon you would know and could go back to the previous week. Another step to graduation.

I shamefully have to admit that I remember just doing 23.5 minutes instead of 25 once and also 27 instead of 28 because I'd planned my route and completed it quicker than I thought. There, I've admitted it I do feel suitably embarrassed.

Well done! That's it, give it a little at the end, if you feel you still have some left in the tank..

Great photo! Would look good with a dark sky & bolt of lightening, spooky!😀

When I was a student at the university, I was a campus guide on open days. I learned a lot of stories about that place! For example, Lord Sneyd, who owned the place, would appear in random places around the grounds - he built lots of underground passages and would just pop out of bushes to scare people. He cut off the hands of his wife so that she couldn't sit in front of her window brushing her hair (and in doing so flirt with the gardener). And legend has it that inside Keele Hall, a few years ago a cleaner found a hidden room behind a bookshelf.

Wowser, Lord Sneyd sounds like a piece of work! What an incredible building though and amazing history.

Well done you! 😊 My shins hurt too, what are the best stretches?

yamiskoiGraduate in reply to Hidden

Hiya! =] I've been focusing on pointing my toes up to the sky, holding for 10, and then pointing them to the floor and holding for 10. I don't know if that's what I'm meant to do but it did help! Plus I took a long, warm bath and gave my legs a little rub.

Hidden in reply to yamiskoi

I just asked someone at the gym and if you do calf stretches (think they're the ones where you put one leg back, straighten and try and get your heel flat on the floor) they help shins most. We'll see!

yamiskoiGraduate in reply to Hidden

Ooooh, thank you! I do something similar but I don't think my leg is completely straight when I do it. Thanks, Pam!! =]

Well done! You did great

rest up and be kind to yourself before run 2. Wishing your aches away... Onwards and upwards! X

I did the run with no dramas other that wet running shoes and a route which...

today. I won't be able to run further on every run but considering how today's run started out......

of the run, took a minute to sort my music out but then Pink Floyd came good !

Up in lovely sunny Elgin, I combined week 7 with a Parkrun. Got a little (...) carried away with the

Week 6 Completed and a crisis of confidence 😬