So, I set out on W9R2 today. And my phone instantly ran out of juice. I started running anyway but it was interesting to see how my heart wasn’t really in it without Sarah Millican and knowing that it wouldn’t show on Strava either. I did a lap of the park, which took 22 minutes, but when I stopped to cross the road, I just walked for 4 minutes before picking it up again for the final 4 minutes.

It wasn’t really a fail as I learnt a lot about what makes me run. And I ran for 22 minutes which would have seemed impossible a couple of months ago. And I was still active for 30 minutes which is my goal 😊🏃🏻‍♀️ 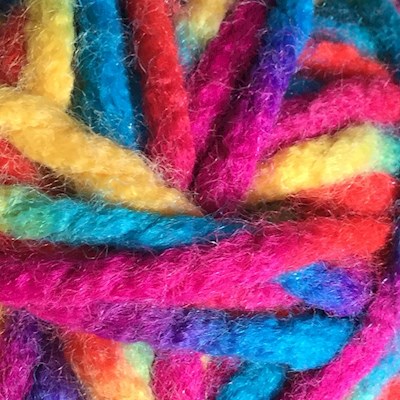 ItstheMarchHare
Graduate
To view profiles and participate in discussions please or .
Read more about...
13 Replies
•

I’d say that’s a success myself. You gained physically and mentally.... how can that be a fail?

Get your phone charged for the next one and then go do that 30. You got thrown out of your comfort zone and you didn’t get the run you wanted... but you ran 22 minutes and then 4 more, a couple of months after one was a struggle... that’s a victory.

I reckon these little discoveries we make about ourselves along the way are the things that really make us ‘savvy’ as runners - or even just fitter beings.

Celebrate your ‘unsupported’ 22+4 as a real achievement and run on into your next 30 minute!

Celebrate the fact you can run, every time... 5 minutes or London marathon!

There used to be a saying on here that a run that doesn't go to plan should be recategorised as a 'practice run'. I can't think of a clearer example where that is true than what you've just described. Look how much went wrong and look how far you ran despite that. Then look at what you learned. Getting miles into your legs while learning how to do better in future isn't called failing, it's called training.

Thank you ArthurJG, that is a great approach to take 😊

No f words please.. just a run.. an interesting one too

This plan is about so much more than runs

Well done coming this far. My week 9 was fraught too, but so much sweeter when I finally made it to my 3rd 30 minutes. Good luck with your final 2 runs.

ItstheMarchHareGraduate in reply to DNB2512

Thank you, nice to know I’m not alone 😊

Every run is training for the next one, wherever you are in your running career.

Take the positives and move on.

Seriously you should be proud of yourself as I could never run without my phone for music/podcasts. Wayyyy to boring for me. I love running, for the accomplishment, but other than that I find it a bore.

It’s not a fail ! Remember the First Rule of C25k: The only run you fail is the run you don’t go for !

morning I went out for a run. I did my usual route but the other way around. I really, really...

Just failed my second 25 min run got halfway was really struggling so walked for a bit tried...

Failing to plan, plan to fail.🤔

broadly on track for my long term goal.

Calves really tight and shin splints which I haven’t had since wk2. First stage I’ve failed on and...