So no tech calamities this time thankfully

Knees were pretty stiff for the first run and a half (Probably again because of a 5 mile walk yesterday). First 5 minute run was definitely the hardest. Downhill for the first half uphill to finish. Felt ready for each run though after the walking sections.

Last 5 minute run began uphill but found it a little easier today, the steepest bit seemed shorter and breezed over it. Misjudged the end point again and had to run back and forth along the road a bit to finish off.

Was a bit shocked when I looked at my pace. I really need to pull it back a bit as I think I would struggle to maintain that next week. Maybe just because I was confident I could do this one now and didn't think about it. Will aim to take it a bit steadier perhaps in R3, or just save it in the tank for next week. 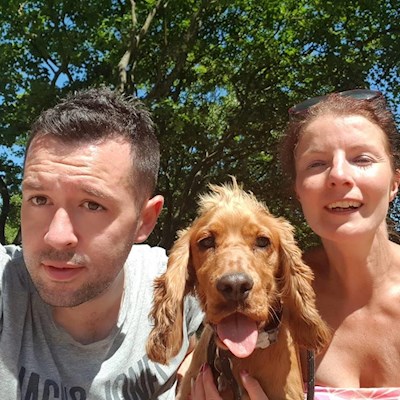 sHAYM4N
Graduate
To view profiles and participate in discussions please or .
7 Replies
•

Lucky you. I did the same run but struggled slightly today. Think it’s because I hadn’t had a drink this morning? Weird right!!

sHAYM4NGraduate in reply to Ibot

I'll probably struggle next week or on R3

You hadn't had a drink at all?! I had a glass of water and take a running bottle with me, find it helps a lot. Weird but even holding it when I run seems to motivate me - feels like Im doing a relay race or something!

Saying that I've not been eating before I run at all this last couple of runs but feel better for it, just need to get out earlier because I still havent had breakfast, and I'm bloody starving!

Ibot in reply to sHAYM4N

Probably a load of 💩 but who knows!!

I hold on to my phone!! It’s almost like dancing around your handbag 😂😂

Good job... it’s great that you have that gear to go down to from this run... if you’re running comfortable it’s a good pace.

You might have a natural pace where you're at.

If you are feeling really stiff on your rest day, that could be a sign that you could dial it down a bit.

Congrats on making it! 😸

Thanks Katnap. I haven't really felt aching at all this time round on the program. Not really getting proper rest days as I'm doing a 5 mile walk every non running day to keep my dog from climbing the walls (and keeping my steps in), but maybe that's part of it. Used to feel like that when I used to hike longer distances though a bit. On the last 5 mins I did feel like I'd found a natural pace, slow on hills but steady for the rest off it, so hopefully I can just keep that going!

swimmingly today...first my friend I run with had a hair appointment, so instead of running at 9am,...

and the first half was a little more up hill than I realised, shan’t be doing that route again 🥵...

the runs up nicely now. The second 5 min run wasn't easy but was definitely easier than the first 5...

pretty much like the first one on Monday - tough for the first 8 to 10 minutes and then seemed to...