I needed to change my normal running days this week which meant starting W7 today.

I had ZERO enthusiasm as I set off & almost felt resentful, like I was being forced into doing something I didn’t want to do!

For the first time ever, I went straight into a relaxed rhythm (it usually takes about 5 mins) and although my legs were tired towards the end, it was a different feeling to dragging lead sacks around as has been the case up until now

I hated every minute of W6 but if it’s purpose was to prepare for feeling this good in W7, then I’ll look back at it with much respect because today’s run was AWESOME! 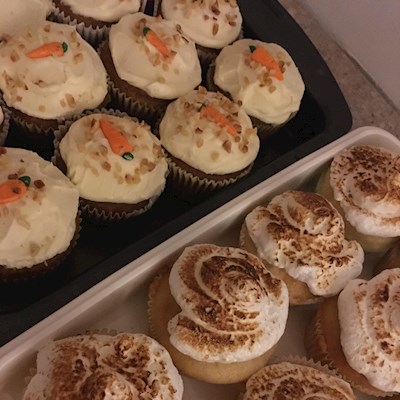 Ex-NonRunner19
Graduate
To view profiles and participate in discussions please or .
12 Replies
•

Ex-NonRunner19Graduate in reply to Oaktree2

Fantastic isn’t it? W6 was an absolute shocker but you’re right, it held magic powers! 🤣

W6 is the worst after ending W5 on such a high ... I finally feel like I’m running and can start thinking of speed / time / getting to 5K rather than just battling through the session. 🏃🏻‍♀️👍🏻

Completed my W7 r1 today too, I too feel like a runner now! The home stretch is in sight now. Good job on running when you had zero enthusiasm, gremlins 0, will power 1.

dont get hung up on a fast 5k. Its extremely hard to run a fast five km!

Working slowly towards 10k will get you stronger first. There are plenty of options for that and are discussed at length hereabouts so do have a browse at the posts

Good though innit to be discussing progression Yeah baby!

Sure is. Up until today, all I could focus on was getting to the end of the session 🤣

Amazing!!!! I love that feeling but I haven’t had it for a while, I’m on W6 and last run tomorrow so I will remember your post when I feel like I’ve got ten tins of beans round each ankle 😂😂😂

Ex-NonRunner19Graduate in reply to Lisa3009

The feeling is amazing, it was the best run ever. Not only did I get wolf...

anyone just starting or struggling just keep at it. I had never run before starting c25k and even...

breathing on point, best run yet!

Sorry to brag but really chuffed with this morning's run...

the usual stories of running watches suddenly refusing to hold a charge or losing run data or not...

W7R1 My favourite run. Ever!

So happy with my run today. Got into a nice rhythm and remembered to breathe properly all the way...