Has Laura lost her stopwatch?: My gremlins... - Couch to 5K

My gremlins nearly won - W2R1 today. I made it but really really only just. At my age my maximum heart rate is 149 and I apparently got to about 120.... I know, you lot, you don't need to say it, that just shows I had further to go!! I do swear though that Laura has lost track of time in that final run, I'm sure that it went on for hours! Here's hoping that W2R2 is just a bit easier and that I don't have nightmares about it looming up. 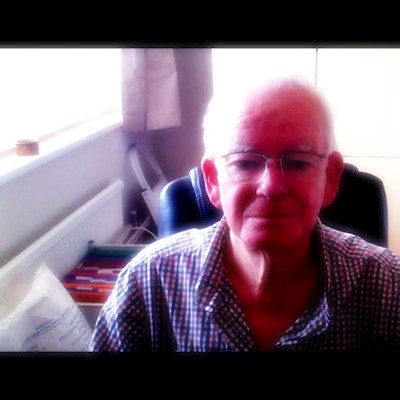 davidhwynn
Graduate
To view profiles and participate in discussions please or .
13 Replies
•

It does get easier, you know what to expect next time and you'll smash it

Now here's the important bit... even though it didn't feel easy, You did it!!! Well done - have a cigar - well not literally obviously. Some of these runs will feel a bit tough but the thing is you are progressing all the time - so that what feels a bit difficult now will feel easier very soon.

And these runs don't just get the body fit, they get the mind fitter so that it pushes you on stronger. Stick at it and continue to succeed.

davidhwynnGraduate in reply to Runon

seems almost impossibly hard, but I'm going to try .... promise!! Not yet convinced about anything ever getting easier

But just think about how much easier repeating W1 will be now you've done a W2 session. You're making progress which is what it's all about

Well done for getting through the session. It really does get easier. I ran 6.3km today with a few steps walk now and for slippery footbridges, stiles and frosty muddy ground. I wasn't nearly as tired as after doing the Week 2 runs. The way the programme is structured it really does help build up your stamina.

davidhwynnGraduate in reply to orchards

I really do hope you're right, today I found very hard on W2R1 Never knew I was that unfit ... curiously for running, because rowing in the gym's easier for me

I wouldn't have said I was massively unfit - was doing a fair number of steps per day, generally active, enjoying hill walking - running was a whole new story for both muscles and lungs

Your body is getting used to a new activity. You're using muscles you may not have used for a while. You have to believe in the programme and in yourself. With each run you're getting stronger and fitter. It's just the best. Stay positive and fight those pesky gremlins! 👏🏻👏🏻🏃🏼‍♀️🏃🏻🏃🏼‍♀️🏃🏻😀😀

I did W2R2 yesterday and understand how you feel. W2R1 seemed like a huge jump from W1. I slowed the pace slightly yesterday and that definitely made a difference to how do-able it was.

Good luck. When's your next run planned for? I've got a ridiculously busy week with work so probably won't manage W2R3 until Friday now.

davidhwynnGraduate in reply to Sarah1703

should be Wednesday but can't do that, so probably going to break the rules (2 days and no gap!) and do it again today but in the gym. I'll let you know. Thanks for the encouragement, really not looking forward to it so don't want to put it off for too long in case I simply change my mind about this stuff!!!!

I think I've probably started to lose my marbles!! No, don't say anything, that's just rhetorical ... I've decided that breaking the rules and ignoring all the advice here on the forum is plain silly and arrogant, so I've re-arranged my week to fit in with C25K. SO, my W1R2 will be tomorrow (Wednesday). Still going to the gym today, though ... I've got a personal trainer who is expecting me to do loads of sore (typo, Freudian slip, "core") stuff and intervals on the rowing machine

Good decision David! Remember rest days are there because your body needs them!

Slow and steady for that next run, you will so nail it!

Stick with, it does get easier. Promise

Tell Laura I love her...

Audacity (free sound editing program) so I now have just Laura's bits with silence inbetween. Got...

So armed with my new music I decided to ditch Laura (just for today) and listen to some fast...

So I'd been running for ages, admiring the view, thinking surely Laura would tell me I was half way...

Has anyone ditched Laura for the non-interval runs?

nothing against Laura, but she does have terrible taste in music, and given that I am about to...

Tell Laura I love her!

Couldn't do it without the lovely Laura though. The soundtrack really helps to dispel all that...