Was so looking forward to this run, first of the non-walking! However I got 15 mins in and just stopped. I could make excuses - I had a headache, dehydrated, got glutened (have a massive gluten bump currently that's really uncomfortable) but I still think I could have kept going. The gremlins got to me! Feeling a bit blue now!

So the question is do I repeat it or just see how the next few go as they're all the same for the next 3?! 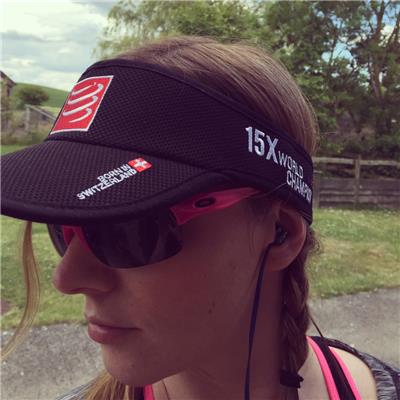 sar1850
To view profiles and participate in discussions please or .
11 Replies
•

Okay, you didn't quite complete the intended run... but...YOU DID NOT FAIL!! You ran for 15 minutes, that is not failure. You are allowed to be a little disappointed but that's it!

Do whatever you feel is right for you. If that's repeating the run, then repeat. If you'd rather just carry on to the next run, then carry on. We've all had days when it just didn't work out (my parkrun yesterday for instance!). It happens - but it's still a 15 min run in the running bank which is all that counts.

Best of luck for the next one!

I've done it, and others have to, it doesn't matter, don't get hungup. Just do w6r3 another day when your feeling better, there's no fail, take it easy😉

I can tell how disappointed you are , but please put it in the done and dusted file and try to forget about it .

Easier said than done I know , but these things happen, we all have off days but try not to feel so down .

Have a coupla days rest and get back out there . You can do it, dont listen to those gremlins telling you that you cant . The programme is made to prepare you physically and mentally run by run, week by week, you are ready .

Deep breaths, keep calm , break it down to 5 minute chunks in your head if it helps, and if those gremlins come knocking, dont let them in !

I'm feeling a little better, just uploaded my stats and it was my fastest mile! so I'll take that! I guess the fact that we get so disappointed shows we care

I failed that one too. I went on to Week 7, and got on fine. Just a bad run, it happens sometimes !

sar1850 in reply to islandrunner

Thank you, that's realky good to know! I think I'll just put it down to a bad day and move on!

You have not failed because you did it. Not all but you still run. So forget about it if it is not what you wanted. If it was me I would do it again. I like everything to be 100%, nice and tidy so I would tidy up this W6R3 by doing it again.

Your stats explain why you did not manage to finish the run. Start each week at an easy pace..make yourself go slower than you think you can...and speed up when you are confident that you will reach the end. Build up your pace gradually through the week. Pacing is the most difficult thing for all runners. Every run is training for the next one, throughout your running career, so take note of the downs but extract the positives. I would repeat the run, simply for the satisfaction of knowing that I have completed the course, but also because it will build your stamina.

I failed a run in week 6 for various reasons I took a couple of days off & did it again no problem.

It's horrible when your body somehow refuses to cooperate on a run. I have found that I run at a faster pace than I think and, if I want to keep going, I deliberately have to slow myself down. I also try to run a fresh route if I konk out during a training run so I don't face the psychological hurdle of "the point of konk out". Hope the re-run goes well next time.

It's amazing how we use words like 'fail' on this programme. I've probably never run 25 minutes without stopping in my life before ever, so I'm just blown away by how much C25K is improving my capacity, stamina and determination. I've also perfected the slowest jog ever so that I can keep going if it gets tough. You're doing fine - just do your next run at an easier pace and slow down if you need to.

Wasn't looking forward to running in the heat today and just felt as though I was boiling running...

had to stop yet again. This carried on for the remainder of the run (start/stopping), I was just...

Monday though I've been doing my daily work outs and walks. Had mum to.watch kids so after my work...

tough and just felt like it was dragging on forever. I just kept wanting it to end and just...