Hi Does anyone else experience persistent ... - Anxiety Support

I had very serious anxiety about 18 months ago but am now alot better. At the time I was diagnosed with Generalized Anxiety Disorder. When I was really ill I had a very full range of symptoms including complete loss of appetite, constant nausea, loose stools, dizziness, heart pounding, unable to sleep, feeling spaced out, unable to read anymore because I could no longer take in what I was reading and most scary of all episodes of a horrendous sicky headachy, spaced out feeling of dread whenever I did anything that particularly worried me which seemed to be all the things I had loved doing such as going out walking etc. All this was very very scary and so odd I had always been a fairly relaxed happy person before. It came on very suddenly after a cancer scare. I got the all clear very quickly but the severe anxiety remained. I then became afraid of everything. Being alone became impossible, I just felt very unsafe in my own skin. I was afraid to go out and do normal day to day things such as shopping or meeting friends but was also afraid at home.

To cut a long story short my salvation was going onto a drug called velafaxine. I know alot of people have very bad experiences of this but it really did save my life after being horrendous and making me feel far worse for the first few weeks. I was also given zopiclone a sleeping tablet which helped greatly and I only needed for a short time.

I am now fully recovered in most respects, it took about 4 months to improve rapidly with ups and downs, then a very gradual improvement over the next year. I have however been left feeling chronically breathless which is very unpleasant. I am still on velafaxine and know that I still have the chemical imbalance that the GAD has caused. I feel worse in the morning generally before the drug has taken effect.

So my questions are has anyone else had chronic breathlessness caused by anxiety and have they found anything that helps and how long is my original episode of anxiety likely to last? My GP said he expected it to go in around a year in my case as I got treatment early but I still have it which is why I get the breathlessness. Most of my symptoms have gone due to velafaxine and me working through my fears with support from friends and relatives but I am aware that I am still in this first episode of anxiety and know that even when gone, with GAD, it is likely to return again over the years which is something I dread because it was so horrendous. I really feel for everyone who is still feeling like I first did.

It would be great to hear from anyone who has GAD and fully got over their first episode and how long it lasted. Experiences of how people got off velafaxine would also be interesting as I know it can be very difficult to get off. 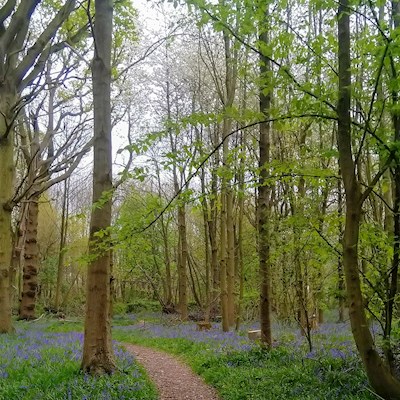 Kkimm
To view profiles and participate in discussions please or .
Read more about...
4 Replies
•

I suffered with severe anxiety for a few years, especially leading up to the menopause, during and after, always coinciding with my menstrual cycle. I wasn't on anti depressants but had been on Zopiclone 7.5 mg for many years. Eventually these do not work and you need a higher dose. Over the New Year 2013 I ran out and decided to stop taking them, as even taking them alternate days did not work. I was in a terrible state as you literally do not sleep and are always wide awake, that is the side effect, not withdrawal pains. My young GP suggested a take Phenerghan instead of Zopiclone. I asked him what they were and he said an anti histamine. Well I was on the strongest dose of Zopiclone and that was not far down from an opioid, so did not think it would work. I took one that night and SLEPT and again the next night and so on. After a couple of weeks, I suddenly realised that I was not anxious any more and to this day am not. It has totally changed my life and I have gone from not caring to looking forward to more and more since I retired. I don't know if this helps. I did not have breathlessness though. I take Phenerghan, every now and then just in case. My only tablets now are my blood pressure ones. The one side effect was a dry mouth.

I am so pleased to hear that you have found a solution to your anxiety. I think I am getting there too by the acceptance approach. I never let the breathlessness stop me doing anything. I know it is just a symptom of anxiety and it will go in time as long as I do not get worried about it. I have had success with this approach over the last few weeks.

The lack of sleep much have been terrible when severe. Glad you found a solution. I only had a very short period of sleeplessness at the start of my anxiety and very rarely need to take sleeping tablets now. Only really for jet lag on long haul holidays about once a year. I tried nytol, an antihistamine which worked for me sometimes but not always.

I have where im always taking a deep breath. I had a stress test done and everything was fine. Its very annoying!

In my particular case the anxiety was causing a LOT of trapped air in my stomach due to aerophagia (swallowing air). I found that if I could manage to burp the breathlessness went away pretty well immediately. Now that my anxiety is mostly gone (like yours) I've found that I don't swallow air anymore, or at least not as much. Perhaps you're still experiencing the aerophagia? We don't know we're doing it, by the way, so it's easy to dismiss it as a cause.

Does anyone experience these symptoms?

headaches. When my anxiety is bad it can go on for days even weeks. Like a dull ache/pain for most...

Does anyone else get migraines or headaches with their anxiety?

I wake up most mornings feeling anxious and sometimes with a nasty headache which isn't relieved by...

Does this happen to anyone else?

due storms tomorrow I had to go to the shop today. It was relatively quiet but had to face the...

tightness only lasted seconds but it still put me on edge. Now I'm feeling so on edge about it....

Does anyone else get these symptoms?

not officially diagnosed with anxiety but I do have symptoms of anxiety. In past years I'd worry a...