A lifetime of anxiety stemming from a chil... - Anxiety Support

I know this will sound bizarre, but it's completely true, and i'm wondering if this (or something similar) has happened to anyone else.

When I was 13, (I'm 59 now) I slipped and fell while standing in a creek. I came down hard, and hit my head on the rocks. At the moment of impact, I had a sensation in my head that I can only describe as a whirlpool in my head.I could feel fluid push up into my head., like a volcano spewing out lava.I remember being woozy and crawling out of the creek. Although the whirlpool sensation only lasted a second or two, fluid continued filling my head. My life was turned upside down at that point. The feeling of fluid in my head only became more severe as time went on. It was absolutely torturous, and I never told anyone because i was just a kid, and didn't know how to articulate what I was feeling, and I certainly didn't understand what happened to me (I still don't really know what happened). I would feel this constant tightness and pressure inside my head, like i was wearing a bathing cap under my skull. The effects of the accident stayed with me for about a year, when I could finally feel the fluid start to dissipate, and my life slowly got back to normal. ( I'm guessing I had a severe concussion, but I really don't know)

As the years passed, I began having episodes of PTSD, where i would relive the accident in my mind, causing extreme panic and anxiety., and i would feel the symptoms all over again. Rather than discuss it with a professional, i ran from it. I kept it hidden all these years, and only recently opened up to a therapist about it, and am receiving long, overdue help.

So that's my story. i'm wondering if any of you had a similar experience, perhaps a traumatic injury that you were afraid to discuss. Thanks for reading! 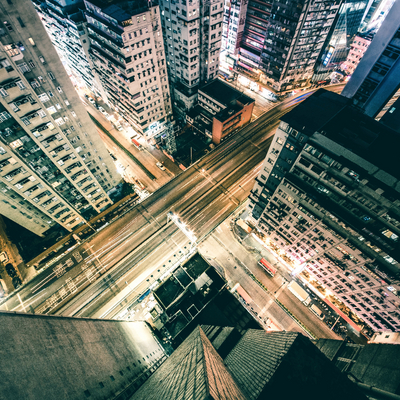 TZ355
To view profiles and participate in discussions please or .
Read more about...
3 Replies
•

I can understand what you've been going through all these years. I have a similar story to tell where past events are triggered.

I'll try to be as brief as possible with the general complicated back story. I was 16 and was present when my sister who was 30 was threatened by her abusive boyfriend. Basically, it was 11.30 pm and he'd knocked the front door off it's hinges and had threatened to kill my sister and me before he left leaving us vulnerable as the front door was smashed. The police didn't want to know as it was 1973 and things were different back then. Unfortunately, my sister, and myself and others, tried to get him to leave my sister but he wouldn't leave my sister.

2 years later when I was 18 and my sister was 32 I was in a lecture at college 50 miles away when I was told that he'd murdered my sister. I returned to my Mother's house where my sister's 2 children, one 4 and the other 16, were gathered with a few other family members. My first job upon arrival was to go to the hospital mortuary to identify my sister. That was start of all the things that needed sorting out and as I hadn't got a father it was all down to me. I soon got unwell with airborne hepatitis which put me in bed for 12 weeks where I experienced everything you could imagine....... Depression, guilt, anxiety etc. as for the most part I was delirious.

My sister's funeral and the court case came and went and I ended up going to college under much protest for a 3 year degree course. My Mother ended up adopting my sister's 2 boys. The older one who was just 2 years younger than me soon got into drugs etc. and would regularly beat my Mother and steal money etc. I was constantly returning to try and sort this out and later after this one had left home the same happened with the younger one.

Just to have some sort of end to this part of the back story my Mother, who is now dead, went to Australia to live with my eldest sister. My 2 nephews are somewhere in the UK but I don't wish contact with them.

I think I've always suffered from depression and anxiety as at primary school I can remember low feelings and I would often cry for no reason. Although I was shocked at the time of that threat that my sister's boyfriend made to my sister and myself the enormity of it didn't really hit home until the day the CID told me of my sister's death and the arrest of a possible murder suspect. I can't describe the feelings in my stomach and the flow of feelings felt throughout my body. I have experienced those feelings to some degree every day of my life since. It's like the most intense feeling of dread and fear which I can only assume is anxiety. I also have very low moods.

A while ago I stopped working as I found these feelings just too much to cope with and they have seemed to have got worse as I've got older. I was diagnosed with Rheumatoid Arthritis a few years ago and I have since moved into sheltered accommodation which I wish I'd never done.

I am at present going through a particularly bad spell with these feelings...... The past 2 days I've spent in bed as these feelings have really got a hold of me....... I've been on anti-depressants since 18 and am at present on 30mg Citalopram and 20 mg Mirtazopine.

Anyway, I guess all I'm trying to say is that like you I relive the feelings I felt on the day I was told of my sister's murder and I suppose I always will as non of the medications I've had seem to help much. I've had CBT but I can't say that it helped.

I do hope the long overdue help that you are now receiving does indeed bring you some long awaited help....... I'd just like to say Good Luck.

TZ355 in reply to DustyBlue

Dusty, I'm so sorry you went through this. I give you a lot of credit for writing about your awful experience. Please be strong, and I'm here if you need to talk.

DustyBlue in reply to TZ355

Thanks Scott. It seems that we both have a similar mechanism that has caused us both anxiety over time..... I'm seeing my doctor again soon for a COPD check ( Due to the RA ) so I'm hoping that he can give me a higher dose of Citalopram or Mirtazopine or both or something else if he will allow me to mention my anxiety as we're only meant to present with one health problem when visiting the doctor. If we have more than one problem we're supposed to make another appointment which I think isn't exactly good for patient or doctor and my COPD check is my primary health problem for this visit.

I hope you find some help and resolve for your anxiety Scott.

Just wanted to know if anyone else is going through similar...

Physical knot in stomach from anxiety?

where I feel in an almost constant state of panic, I feel a physical knot in my stomach. Like I...

laying on my stomach feels a lot better. I get these little episode where it feels like im not...

suffering from anxiety disorder and dizziness

i am consulting earlier is not good and he said only that i am taking stress thats why dizziness is...

What specifically has YOUR anxiety stopped you from doing?

I'm curious how anxiety ( specifically GAD) affects people in their daily lives. Ever since I became