Hey guys, my husband and I are really in a rut and I'm not sure what to do about it. So, recently my husband said that he needs to travel the world for the rest of his life. He said he doesn't want to ever settle (no house, no kids, no permanent jobs). He just wants to experience the world.

Now, that sounds fine but I just don't have a desire to travel forever and constantly be moving to New countries. Also, my mom and I are really close and I don't want to leave her alone in the US and I know she won't be able to travel with us. I want to be there for her.

I've talked with my husband about having a "home base" and going on vacations but it's not good enough for him. I feel like I'm being forced to choose between my mother and my husband and it makes me so anxious. When we talked about an amicable divorce he started sobbing uncontrollably and it hurt so much.

Please...any advice on this is welcome. I need some clarity. 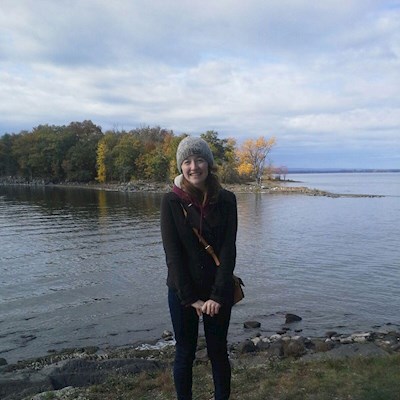 Srivet4
To view profiles and participate in discussions please or .
22 Replies
•

Srivet4 in reply to argh52

Thank you for your understanding. It means a lot to know someone gets it.

Srivet4, did your husband ever express his desire to travel the world earlier in your relationship? Or was this a new notion? Has he traveled outside of the US before and does he even have a credible plan and the resources to live exclusively outside the country? I'm sorry for all these questions, but such a sudden, life-altering decision seems almost manic to me. Maybe couples counseling is in order?

And no, he doesn't have the means to travel. I think he has some personal issues going on. I'll try to be patient with him

That’s what he wants but if you’re a team you’re a team. Do you guys want a divorce ? It’s no fun being old and alone either trust me it’s not that fun. I think s good Councellor to be an referee to show him that negotiation is the best option. I mean the dude can travel alone fir 2/3 months a year too without you. Who knows. I’m sorry that’s hard

Traveling alone for 2-3 months would be a good idea!

Wow...I feel for you, both. But, you are right...you both went into what sounds like a conventional marriage, and now that is not what your husband wants...

Is he at that stage for midlife crisis? All of us, regardless of gender, can start to feel so emotionally burned out, by the time we hit middle age...sometimes, some counseling and communication, professionally guided, can make some breakthroughs. Is he open to individual, or marital counseling?

You are absolutely right to feel as you do about your mother...as our parents age, it is only natural that we want to keep protecting what's always been there for us...but, if your husband just isn't feeling it, is it still possible for him to understand where you are coming from?

This doesn't have to mean divorce, separation or an impasse, if someone can step in and be a helpful mediator, for you, both. If your insurances will allow it, I think it would be a good idea to set up a consulation for counseling. If there is no one, locally, maybe links, here, would help? google.com/search?client=op...

Please do keep us posted and let us know what happens...we care!

Its something like you are standing between two paths of your life in initial place of paths,so there is only one solution for that think a lot and try to decide what you want and after that decision stay boldly with that decision and get ready to sacrifice another path.If we want something we should be strong enough to sacrifice another thing .its impossible to think we need both what we like thats law of nature.

I think you may find that after traveling for a few months he will be ready to return home again. Go with him if you feel you want to and see if it burns itself out. It will be a great experience for you as well. Keep in touch with your mum and after a few months you will be ready to go back home even if he is not.

I may try that. Thank you

Hi I agree with Kkimm. He seems to have a romantic idea of travelling but it's not all sunshine and roses. If you want to go then do and I think the idea of a home base will seem more attractive after a few months on the road. x

Much like any sort of relationship...a good one doesn't generally run on a one way only type of street. Your counter of an amicable (and, yes, painful given it lacks physical or brutal turmoil) split is fairly reasonable given that any sort of resolution you've brought up (IE. a home base, etc.) is shot down. For him to sob uncontrollably is fine I suppose in that he cares, but I believe it to be fairly immature given his plans for not just his life...but your life...and then those around you who you do not want to give up and abandon, having children, a job, your friends, and everything else that you would give up. Ultimately, it appears to be two different paths in life with zero compromise. While a divorce may make you both sad, it is better than living a life you don't want and dragging (or being drug) along the entire world because...hey...he might be sad as a divorcee. I agree with anyone who mentions couples counseling because a mediator can show and rationalize how it's unfair to hold you hostage in two different scenarios over a very serious ultimatum. Either be married, take your vacations, and work with that....or move along and possibly remarry someone who has the same desires. I am sure this isn't easy for you either...and quite frankly...I feel like he could use a bit of a reality check in terms of the lofty expectations of you spontaneously becoming a "globetrotter" specifically for him. Honest proposals: giving it a "trial period", working on this rut with a counselor to see if maybe there's something else bothering your marriage, or just, in all honesty, doing what you feel is the best thing for you as well as, potentially, him. At minimum, I would truly say a marriage counselor to assess the many aspects of the marriage, the situation at hand, and the future. I'm sure it's worth giving the answer to your problem(s) some time and professional opinion(s). No matter the outcome, wishing you the best and, above all else, some happiness. Truly the best of luck and thoughts to you in finding the best resolution.

Thank you so much! You are right. I'll try counseling first for sure

First how long have you been married? And Second. Does he even want you to go? You opened up saying that HE wanted to travel the world The rest of his LIFE?

We've been married about 2 years. Yes, he wants to travel the together..with me. That's why he started crying when I suggested a divorce

Oh, your recently married I see. Personally he would have to show me a plan. Even then you're still getting to know each other. 2 years is not very long. Your family is your support, it's your stability. I moved a lot when I got married and my spouse became crazier and crazier. This along with my postpartum depression sent me loo loo. Get a firm footing before you make any drastic moves.

I believe your husband loves you very much and doesn't want to leave you. I would suggest that he put his plan in writing so he and you can see what he wants to do. Then the two of you can present your plans and concerns to a counselor for clarity and mediation.

That's a great idea. Thank you

I think you should follow your heart and gut....it's never wrong....I so wish you all the best with this sticky situation....

I need some advice...

idea whats going on in my head. I need to tell him but I don't want it to be some big dramatic...

I need some advice...

finished but at the same time I don't think I'm gonna be able to do it. I don't like going there, I...

meals.. there are days where I don’t want to shower but I always force myself to shower. Like I...

Need some support and advice

an abusive relationship. I don’t want to go into so much detail about that because it would take...