At my wits end 😢 as if struggling with depression and anxiety and spondylitis and inflammatory arthritis isn’t enough Now I have a whole load of new symptoms, some not MH related like borderline diabetes and low thyroid but also some that my GP thinks are related to my depression but isn’t absolutely sure, I’ve been sleeping for extremely long periods anywhere between 12-18 hrs a day but still feel exhausted, I’ve been having mild hallucinations for example when I stare at any object it looks like its moving like curtains swaying things floating, little balls of light moving towards me and I see different colours like when I look at something black I see red speckles and anything white I see yellow patches etc , when I look at things like laminate floor the bits that resemble a wood pattern look raise and not flat, I have also experienced what I think is some form of black sometimes only for a few seconds but other times I have long periods of time missing that I can’t account for, I can be doing something in 1 place and then I will wake up several hrs later somewhere else and have no idea how I got there or what I may have been doing during that time, I feel so scared that I’m losing my mind and going crazy, I know I’m not imagining it as my sister has wittiness it, she said we have been having a conversation when I will suddenly stop talking and spare into space and I’m non responsive for a several minutes and then I snap out of it and carrying on speaking like nothing happened and I’m completely unaware that anything happened , I have no idea what I should do about it as my GP didn’t seem to think it was anything to be concerned about but I am, I to scared to go out or to drive my car just in case it happens if I do, it’s terrifying not knowing when it happens or remembering anything about it if it does, my anxiety hasn’t been this severe in months as I can’t stop worrying about what’s happening to me 😱😬😩 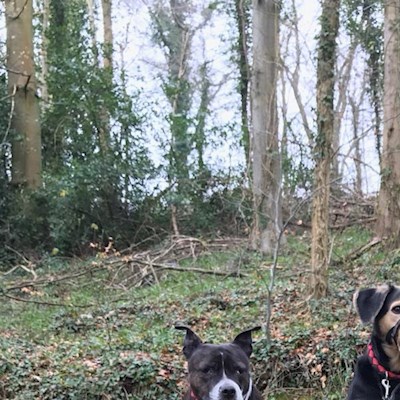 TKLOVE
To view profiles and participate in discussions please or .
3 Replies
•

You poor thing--is it possible that you have ADHD? I had a friend that would "unlock" in the middle of a conversation, the way you've described it, then take up, again, after a few seconds, without missing a beat. She later discovered that she had adult ADHD; she was diagnosed with ADD, as a child, but her mother and father weren't into giving her drugs for the condition at that young age...she never said if she had the color/pattern symptoms that you've described, but maybe that is also part of the condition? (google.com/search?client=op...)

It sounds like you need a second opinion, too, aside from your gp...do you have the ability to do that, with your coverage? If you don't have coverage, there may still be someone/something close to you, on Healthgrades.com, that might be able to help, in your community. An MRI might also be a good idea...there could be some nerve things going on with your vision to cause those things...

If you are on meds for your depression, that could be a big culprit in the long sleep sessions. My boyfriend has been going through the same, getting used to his new meds, for about a year and a half...things are just starting to balance out, now, in that area. Also, if you are on meds for your arthritis, maybe there are some chemical "conflicts" going on...can your pharmacist help you, there, for extra info?

I am so sorry that you are in pain, too...my mom had DISH and systemic lupus...she continued through the pain, but I know how much that weighed upon her, every day. You have my support and best wishes that a clearer way lights up for you! Please keep us posted, and blessings, always!

Thank you so much for the advice and support, I’ve got an appointment with my arthritis consultant in a couple of weeks and I’m going to request coming off my current treatment as I just don’t think it agrees with me, even tho it has been the most successful treatment with regards to improving my arthritis symptoms but I’ve felt unwell for the whole 18 months I’ve been taking it I’ve felt unwell, just in the last 4 months I’ve suffered from several infections and had every virus know in psst 4 months I have ive had shingles, tonsillitis twice and currently have septic toes

Let us know what your consultant says. Some of the side-effects of arthritis medication can be lowered immune responses, for example...that could also account for how drained you might be feeling...don't know for sure, about diabetic-like reactions, but that could have something to do with it, too.

When they changed my blood pressure meds, years ago, they put me on this pill that gave you stronger pulse-beats when you went up stairs, etc., as well as headaches. The good news was that it dropped my bp reading to a happier level; the bad news was that I felt like I had a tension headache, 24-7...plus, even when I went down the stairs, my heart would pound unecessarily hard, like I'd been lifting cars. A couple of times, I nearly passed out, due to this (luckily, no chest pain). I told them thanks, but no thanks & went back to the mediocre stuff...medical science tries hard, but sometimes it needs to go back to the drawing board, too...

Best wishes that you get the answers you need, for the hard work that you are trying to do!

draw a blank when I’m trying to think of something to say. Like now 🤔

I suffer from depression and

Just wanting to say something.

it'll just come and go. When I started having thoughts of hurting myself, I was like \\\" haha, I...

I want to just be done

I have been battaling severe anxiety depression agoraphobia just life in general for years I have...

Just want to give up

I just want to end it

exam and feel like I may have failed it - meaning I would need to repeat the year.

What kind of candy would you love to get for Halloween? And ...