Hi I'm new here but not new to depression and anxiety. I'm especially depressed because of Anthony Bourdain and Kate Spade's suicide. All my friends on Facebook are posting contact the suicide prevention hotline, or stay in contact with friends who are quiet, who you haven't talked to in awhile.

I feel all alone. 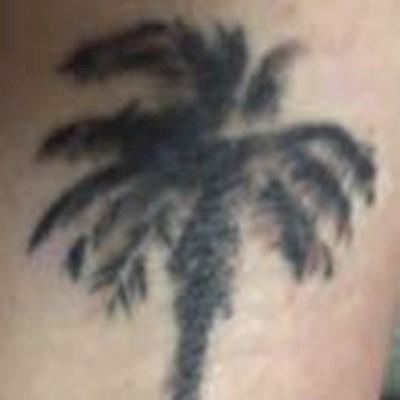 dee_bells
To view profiles and participate in discussions please or .
5 Replies
•

I didn't know the designer as I don't do fashion,...I'm a shorts and t-shirt kinda person, but watched and loved Anthony for many years. Last night I watched what may have been his last show....hong kong......and it was surreal ....he always has battled depression and drug addiction, heroin and meth that is...and has a daughter and a girlfriend who is one of the '#Me too' women who Harvey Weinstein had assaulted, and raped. Anthony and his girlfriend were together for only a short time, and I was hoping he had found some happiness...but sadly...we lost him to this disease of depression and addiction. No one cared like this guy did about showing the lesser know people and their struggles in the cities around the world. He was my kinda guy, pulled no punches, cursed and was open about his pot smoking ...(which I don't do)...but at least he was real. He showed a genuine earthy gratitude to all who opened their homes or lives to him, and was always gracious. I'll miss him too very much.....this is the ripple effect.....he will never know the hole in the fabric of the universe he has left....via con dios Anthony....peace.

I'm the opposite--I never watched Anthony Bourdain. I was never into watching people eating as I don't eat meat. But obviously there was more substance to him than just food. I'm sorry I didn't know that about him.

I am a purse and shoe gal. My daughter and I are purse addicts and she bought me my first Kate Spade purse. I love it!

After KS died I googled hanging. I wondered how hanging by a scarf works. Robin Williams, I believe the girlfriend of Mick Jagger, Kate Spade and now Anthony Bourdain died of hanging. It brings up heartache and pain for me.

I have attempted suicide several times and actually should have died in a car accident or when an ex tried to kill me. I struggle every day, every hour and my family don't seem to care.

I'm tired because I'm not living the life I should be living.

you know dee.....you would not believe how many here suffer the same as you....and I too have been down this road....People who absolutely don't understand the depth of despair and hopelessness those of us who feel or have felt live in when we are in that abyss are clueless. They also are angry at us for considering such a thing, say things like 'it's the most selfish thing anyone could do'....my partner is completely un-sympathetic about Anthony as he left a daughter and girlfriend who loved him behind.

But I have to excuse those that don't understand. As I've said before....'it's like explaing what ice cream tastes like to a Martian'...they will never know.

I was on a recent post which had a very good interaction of comments with many members on the site about a series dealing with teen suicide and other issues HS kids deal with in the real world everyday. Some loved the series, and some hated the series....it dealt with suicide, but also many other issues kids have to deal with in HS...bulling, sexual identity, isolation, self harm, and sadly...suicide. There is another resource I think you might find interesting possibly is a documentary on the subject...theswordmovie.com

The reason I like this documentary is that it shows realisticly and honestly all the aspects of how suicide effects everyone left behind....the ripple effect. As well as interviews with those who have survived and how they feel about it. It's unfortunate that this is such a taboo subject with so much stigma attached, and the rate in the US is now 25-30% higher than it was ten years ago. I think it's about time we all started talking.

Family and friends may not be the best people to talk about this too. Sharing here is a great place...but here also are a few other websites that may be helpful:

Thank you! I love watching documentaries because they are real.

Wow - I just posted something similar. I totally get you. I’m new here too, and found this place because I needed to talk to someone who understands why these suicides affect me in such a profound way. I feel you. ❤️❤️

had severe depression and anxiety for over 20 years . I recently decided to talk to people who...

everyone. I new to this group I've been dealing with anxiety and depression for about 30 years...

A new pic for a new era

And.……….voila! My new profile pic. All criticisms and negative feedback will be rigorously ignored

I'm new to HealthUnlocked. I feel not so alone now. Looking forward to making new friends that we...

I am new here I have one son he is 21 with aspergers syndrome, I myself have anxiety, depression,...

Can you SPOT the ALIEN in this picture?