Making friends: Any advice on how to... - Anxiety and Depre...

Any advice on how to make friends?

I am so tired of feeling so horribly alone. I know sitting around and moping but at the same time I don’t know where to go. Because of a physical disability I can’t really travel much, I don’t have a car, and public transport is really expensive. I live close to my homes downtown but it’s a small town and downtown consists of mostly crappy little stores or really expensive new stores that don’t follow ada law- so I can’t get in.

My plan was to volunteer at my local humane society and I figured I could try and meet some people there and even if I didn’t I would at least get to spend some time with animals (which are normally easier to be around anyways.). And I was really kind of excited about this opportunity...

and I should really learn to stop getting excited about anything because like normal it didn’t work out. The building is really old and small. My chair won’t go in. Yay........

So instead I applied to volunteer at a nearby hospital. The people I’ll be working with are all about 70+ Year’s old which aren’t ideal friends for a 22 year old.

Even my school campus isn’t any help because again- it’s a small town campus that no one spends any time at. This past semester I wasted so much time on campus hoping to try and find people I could attempt to socialize with but most people just don’t hang around after their classes are done. 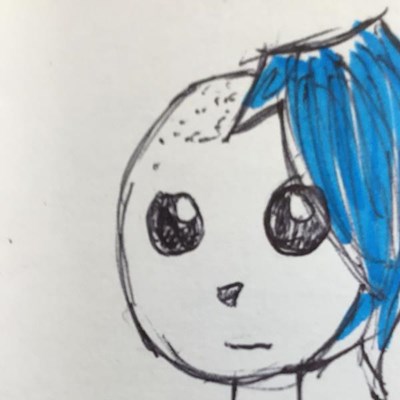 TalonNimbus
To view profiles and participate in discussions please or .
6 Replies
•

Maybe sign up at a recreation center doing like pottery or something where you could meet a friend. I think you should not give up. Best to you!

I know the feeling, I am a lot older than you and have the same problem, always have. I do volunteer work to get out and be around people, it’s very rewarding as it takes my mind off myself while helping others. I do think that you should go ahead and volunteer at the hospital although the people that you will be working with are all around 70 years old. Think of it this way- 1. It will be something for you to do instead of sitting around moping and someplace to get out to. 2. It’s the only place that is convenient that follow ADA laws. I realize that you will be working with all 70+ Year’s old, who knows a few of these 70+ Year’s old grandchildren might drop by to visit with them and you will be introduced to people your age. Don’t’ give up trying to make friends explore every possibility that is available to you and it will become a reality! All the best to you!

Did this problem ever get better for you?

Don't forget that there will be other volunteers who may be closer to your age.

Hi TalonNimbus! Sorry that I couldn’t get back to you yesterday I had to leave home and was tied up all day. Yes, it did get better for me over the years it has gotten better and a little easier to make friends if I choose to. Honestly, I was never the kind of person who wanted a lot of friends all I wanted or could handle because of my depression, anxiety and introverted personality was one close friend, any more at the same time would over stimulate me as they sometimes come with a lot of drama that I try to avoid. I am also very specific about people who I want to be friends with, I look for people with whom I have something in common, people who are like me who I can relate to and who can relate to me which is sometimes very hard to find.

I do hope that you consider volunteering at the hospital. Sometimes it’s not about what we want but what we need. Let me know if you need to talk!

What do you want friends for?

Be specific. Do you want friends to party, to watch movies, to play sports, to talk about life, what would you do if you had these friends?

Be specific. Would you like someone honest, passionate, driven, outgoing, someone who never stops talking or someone who appreciates silence?

And believe it or not, 70 year olds are actually amazing friends. They have a lot of experience in life and give lots of amazing advice on almost every topic, they don't judge the same way we younger people do(they may talk to you when someone younger might not, because you don't have the style of clothing they like or because they might not consider you attractive or because of your hair or because you don't have tons of money or fame or whatever superficial stuff younger people decide to not interact with someone). And since most people ignore old people they'll actually appreciate the fact that you decide to talk to them and they will treat you with kindness and respect. You're missing a great oportunity by not talking to them and if you start talking to them you'll also get better at interacting with strangers(because interacting with people is a skill and you'll get better at it the more you do it).

Important: when starting to interact with people, be careful with traumatized people(often miscalled "crazy people"). These are not inherently bad people but people that had horrible lives and because they got hurt before they think that they'll get hurt again. These are people who are always in a state of suffering, panic, they tend to get scared easily and get violent when someone interacts with them(because they think that you'll hurt them and they think that they have to defend themselves). You can change their state but only when you get some experience with social interactions(being transparent with your intentions, reassuring them that everything will be fine and providing safety is a good way to change their state WHEN YOU'RE MORE EXPERIENCED WITH SOCIAL INTERACTIONS. I wouldn't recommend interacting with them before you get some experience because you'll get paralyzed by fear or inexperience, it won't end well and you will not want to interact with them ever again, so only when you get more experienced). It's actually amazing interacting with them because they're so used to being mistreated that when you treat them properly it has such a huge effect on their lives that you feel like you just changed someone's life just by talking to them and being kind to them. They start catching a glimpse of hope and they develop the idea that not everyone is bad and that there are still good people out there.

I don’t know how to act around people anymore I have a terrible time opening up and expressing my...
•
10 Replies

How do you make friends who understand?

but especially keep friends when this is my life. I have no real friends because of my conditions. I

joined and im looking for new friends, it dont matter who you is, im just a really good guy, you...
•
16 Replies

which makes it difficult to make friends and get close to people. Does anyone else have the same...

Trying to make a friend and being used

she has her own group of friends and I realise she never wanted to be a friend . I am sad as I...