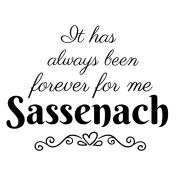 Hi new member. About 12 weeks ago I woke at 2am thinking I just needed the toilet. I sat down, and blood just poured out of me. The cistern,the floor,everywhere. It was like a scene from 'Carrie'. I quietly cleaned everything up, including a quick shower as I was covered too. Clean underwear, pad, and went back to bed. This pattern repeated itself till about 3pm the following day. I was changing clothing, bath towels on the bed,feeling the blood gush out and needing to change my pad every hour.

I was also passing clots about the size of golf balls. Very new to me. By the afternoon, I was exhausted, dealing with this secretly, not involving my partner. But I have chronic illnesses and back and hip problems, I just physically could not bend down any more. This time around I was changing my pads whilst still in the bathroom, comical really, I was pulling down my underwear to change, and the blood just poured out of me like turning on a tap. My final stage ended when I actually had the urge to push, like in labour. The clot was as big as my hand, about 5". I was so ashamed, but I needed his help by this stage. I text a friend who is a doctor, and she told me A&E now!

Was admitted overnight for tests, in between doctors seeing me, I had to excuse myself, find a loo, and clean up again. I was leaving a trail of blood wherever I went. Constantly being told it was a heavy period bleed, despite me telling them my period wasn't due for another 10 days.

I had a vaginal ultrasound the next morning, and fibroids or tumours were found on my uterus wall. I was discharged, with an out patient appointment in 6 weeks time. Right on track, 11 days later, my 'normal' period came. Had the signs, which I didn't before. Quite heavy, lighter and spotting. Three days, as usual. I had an examination, scrapings of my womb and a biopsy was taken, very painful. Still awaiting the results. I have since had another excessive bleed. Changing pads every hour, this time I felt the clot just slide out of me. disgusting. I went to clean up again, and deja vu, clothes, underwear and legs drenched in blood, and the clot this time filled the whole pad. about 10"! I started to feel the sensations of shock coming on, so hubby cleaned up 'Carrie-The Return' whilst I was in the shower. It happened again, this time seen by him. Huge. I have had constant 1st day like cramps, non stop for this whole time (12 weeks).

Sorry if my post is too long,or graphic, but I have no one to talk to about it. And I can't stop feeling that I am facing cancer for the third time. First time 29 and breast. Second time 35 and thyroid.......

Thanks to anyone who reads this..

Sounds horrendous and I would think you must be desperately anaemic by now, I think you need to keep pestering the docs for some help now as 6 weeks is to long to wait, you should have been referred to a Gynaecologist on the 2 week urgent system.

Maroonadam in reply to bantam12

I have had FBCs roughly twice a month for ten years to check my thyroid levels. Today as soon as the needle was inserted, my blood was like water. Filled the syringe in seconds, was coming out or the needle......never before, Asked if I was on blood thinners like Aspirin but i'm not. That is a sign of anaemia through severe blood loss, Iron levels low etc.

I’m sorry to hear you are suffering. I’ve experienced bleeding like this due to endometriosis and adenomyosis and suffered for over 10 years but experienced very heavy bleeding since my periods started. But in your case you have been found to have fibroids which also causes bleeding like this and are easily treated. However as mentioned previously you aren’t eligible to be referred via the 2 week pathway as there is no indication that cancer is present and there has to be a very strong suspicion that there is a cancer present. I’ve been referred this route 3 times and a test has shown your cause. I can understand as a previous cancer patient your anxiety but if there was any suspicion that this was due to either your previous breast or thyroid cancer again you would have been seen through the 2 week pathway. Unfortunately 12 weeks might seem like a long time but some patients are waiting longer in the same situation. Some doctors call them benign or non malignant rumours which they shouldn’t be doing to patients as this causes unnecessary worry. Fibroids are extremely common and make up a large amount of the workload for general gynaecologists

Have you had your blood tests back? Sometimes the blood is more watery or we think we might be anaemic but the body is very good at compensating for blood loss so it might come back normal but when you have your next one it might show anaemia so don’t be alarmed by this.

If you are still very concerned you can ask if your referring doctor mentioned your previous cancers on the form. If they did the consultant screening the referral letter might have felt there is no connection especially with the information about the fibroids. The blood tests which will be a full blood test will also flag up any other abnormalities so in some ways is a ‘safety’ net. But it might also be worthwhile making an appt to see your GP and mentioning your concerns to the receptionist and asking if you can have a telephone consultation if you can’t get a face to face appt this way hopefully your GP can help with some of your concerns. I hope this helps but please let us know what happens and keep posting on here as many people here have had fibroids. But also remember any treatment whether medical or surgical will depend upon the size and symptoms presenting to the doctors as well as treatments already tried.

found. My last period ended about 10 days ago and yesterday I started light bleeding again. I have...

pelvic pain & bleeding>> with endometriosis, i cant take much more >.<

unberabul at times and this month past i had two periods 6 days between to full 7day heavy periods...

Bleeding on the pill

that night I had some somewhat heavy spotting; it started as red blood, and by the next day turned...

pain is worsening with time. I am also having blood when I wipe like 3/4 the times I got to the...