Urine testing: Hello all - I would like to be able... - LUPUS UK

Hello all - I would like to be able to test my urine at home, rather than waiting for appointments with my rheumatologist or GP. I previously bought urine testing sticks from Amazon, which purported to be the same as those used by the GP, but they were almost out of date when they arrived and just didn't work - For example, they tested negative on the same day that urine tested at the rheumatology clinic was positive for protein and blood. Does anyone know a reliable source? As far as i can see Boots sells a 'kit' , but it is very expensive and only contains one or two sticks. Thanks in advance. 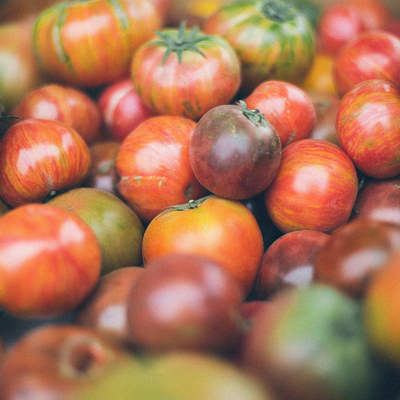 Ophelia1
To view profiles and participate in discussions please or .
Read more about...
14 Replies
•

You should be able to get bottles of stix from a pharmacy - I do here in Italy, and I'm sure they are available in the UK too as I think there are people on my forum that use them. They aren't cheap even just getting the stix - but not comparable with the App-based thing I suspect you are looking at! SELFcheck is it? Desperate to sell them it seems!

When you google it you are getting ads for that - I have used Multistix and Combur which are glass jars with 10 strips (beware the 100 packs, they will be out of date before you use them)

Ophelia1 in reply to PMRpro

Hi PMRpro - I'm not sure that I will be able to get anything that is not extortionately expensive from Boots, or any pharmacy here in the UK, but I will see what is available. I visit Italy a lot on holiday and have found that it is possible to buy many medications over the counter there, which are only available on prescription in the UK. The NHS pretend that they want people to take responsibility for their own health, but they do everything possible to prevent people from doing so by making many meds etc unavailable to patients without a prescription. We live in a 'big brother' state here. 😃

PMRpro in reply to Ophelia1

Just be insistent that NO, you DON'T want the self-test thing, you just want bog-standard urine dipstix. They have them for sugar testing too I'm sure. And speak to the pharmacist if you can get past the counter staff - little pharmacies may be more helpful than the big chains. Any sale is better than none!

And if all else fails - speak to the GP and tell them you want to be in a position to save seeing them for tests. They might be helpful if they think they don't have to do much!

Ophelia1 in reply to PMRpro

PMRpro in reply to Ophelia1

I have just asked a lady who uses them - she gets hers via Amazon but also from the pharmacy. So it is possible!

I personally do not trust Amazon.

Try this at a reasonable price:

Many thanks for this Suvi8901. I'll try this company

Morning. I have been doing this for sometime now. I used to be a pharmacy technician and would recommend you buy Bayer brand test strips. 50 or 100 pack size. You can get packs which test for 10 things and the other tests for 12. I get mine from Amazon and they have always been ok. Just to add that you are discouraged from doing this yourself but my GP is fine with this. I always seem to know when something is wrong with me. Hope this helps. 🙂

What is it you’re wanting to test for? Protein? Sugars?You can get Diastix for about £10 /50 strips, but they only detect glucose.

I have used amazon but found within a few months the colours are wrong on the stick . especially Leukocytes which are purple before you even use it. I've been caught out thinking I had an infection but it was just the sticks had gone off. If you're prepared to throw away loads then it still may be value for money to buy a large pot of them. The only reliable ones I've found are the individual sealed in a pack expensive sticks. If you buy cheap, check the colours on the stick match the negative colours on the pack before you use it.

Always use Siemens. Siemens are used in many NHS trusts and I have had to test my pee daily for the past 5 years. I purchase off Amazon and have only been let down when I strayed from the brand to save a few quid.

It's also important to know how to test. Always do a midstream sample and time it for the correct amount of time depending on what you are looking for.

Siemens are a good brand.

Hi all - regarding the urine testing sticks and the problem of where to get them, I think online is the only way to purchase if you are living in Scotland - as I am. I went to two large Boots stores this afternoon. They had the multistix I want to buy (£65 for 100) on their book of products, but said that they didn't have them and didn't know if they would be getting them back. This makes no sense as they must get them for people who have a prescription. The impression I was left with was that they don't want to provide them to people without a prescription. I then tried Lloyds, a fairly large company with many outlets. Two Lloyd's pharmacies told me they don't sell them. Then I tried a local small chemist and again, they advised me that they don't sell them. Another user above suggested an online company called 'Medisupplies' and I will try them. Someone else has suggested Siemens, but I previously bought Siemens from Amazon and they definitely didn't work.

Protein in urine a cause for concern?

My urine was last week dip-stick tested by a practice nurse, as I had had a UTI. Nothing indicating

cells present in previous urine tests. From this he ordered a myriad of scary urine tests and in...

Protein in Urine should I be concerned?

levels of protein in my Urine, I’ve felt like I have had a urine infection, but other than Protein...

Does anyone get blood in their urine?

Every time I get my urine tested, it shows I have blood. The urologist has checked and I have no...

I have been getting loads of urine infections recently, around 1 every month at the moment! Was...

What drugs help your sun sensitivity?