Paleo organic diet (no sugar): I have... - Healthy Eating

I have recently been diagnosed with Pernicious anaemia, after 2 years of total suffering, breakdown of my relationship as girlfriendcould not cope with my illness. I have dramatically changed my diet in order to give me the best chance of returning to a normal state.

I generally have organic fruit and veg, and lost my following meals/food that I eat. Hope others will gain some ideas or provide alternative meals as it is rather restricting on my diet.

Breakfast - coconut yogurt (diary and soya free) with organic strawberries and blueberries. Followed by coconut water and an organic banana (need that potassium)

Or Tuna with spinach, lettuce, cucumber.

Banana bread as a treat with warm coconut milk

I have lost over a stone on this diet in 2 months, I am now waist size 31 with a six pack to boot. I have not been exercising as much as I like as I am still in initially loading doses of b12 and thought best to avoid exercising instead allowing my body to heal.

Would appreciate other meals suggestions as somewhat limited on my meals.

I also only drink, distilled water (mega home) with lemon in, coconut water and coconut milk. And only cook in coconut oil.

Yes I am a little obsessed with coconuts. 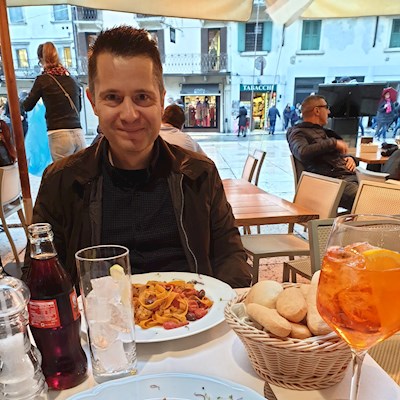 PhilAB
To view profiles and participate in discussions please or .
Read more about...
9 Replies
•

Welcome to the Healthy eating community. I love the sound of all your meals - they really sound scrumptious! I don't know if you've seen the BBC good food recipe website, I put 'paleo recipes' into the search engine there, and there were 27 recipes that came up.

But I hope you'll have a look around the forum and see if any of our recipes are of interest to you, and I hope you'll enjoy participating here.

If you eat paleo and you aren't a bit obsessed with coconut, then I think you're doing it wrong

I followed an autoimmune protocol for a while, trying to get my autoimmune condition under control. I tended to make breakfast bakes (e.g. sweet potato scones, coconut tart) or a breakfast skillet (diced sweet potatoes, diced apple and bacon)

I found most of my dinners on Pinterest, it consisted of things like chicken tray bakes, burgers (with sweet potato "toast" for buns), stir fry, casserole, pulled pork, chilli with pumpkin etc. I found my slow cooker very helpful for this.

PhilAB in reply to Cooper27

It is mostly paleo but main focus is food choices for people with pernicious anemia. From what I have read rice and bacon (unless organic and nitrate free) should be avoided. But will look for more meals, thanks for advice.

Cooper27Administrator in reply to PhilAB

it's a popular substitute on paleo.

Activity2004Administrator in reply to Cooper27

There is also this article from Healthline that might be helpful?

Interesting. Have you noticed improvement in your anemia? Was the underlying cause pinpointed (genetic issue or...?).

My advice would just be to start introducing new foods at random (one at a time) and see how you go, sticking broadly to LCHF (low-carb high-fat) guidelines. I'm not a big fan of "named" diets like Paleo - I suspect they restrict things simply to conform to some set of beliefs rather than any demonstrable health benefit. What you're eating is really just LCHF (a.k.a. normal, healthy food) with dairy products missing. Have a look at carbdodging.com for some recipe ideas.

Nothing wrong with coconuts! Coconuts make everything taste better, IMO.

Maybe you're eating too much fruit? youtu.be/L6LL92Zs5L0

I am on the AIP diet (Auto-immune protocol) which is based on the paleo diet. As the name suggests it is aimed at helping people with auto-immune diseases and I understand that pernicious anaemia is an auto-immune disease. It is a no grain diet and involves avoiding all processed foods and eating lots of fruit and veg, particularly organic. There is a huge amount on the internet about this diet and lots of books on the subject which include lots of recipes. Just have a look on Amazon. Many books can be downloaded very cheaply. The AIP diet sounds very like your diet. I have been on it for a year now and have found it to be very helpful. Like you I eat lots of coconut products and bake my own bread using coconut flour. I also drink coconut water and use both coconut oil and butter for cooking. I have found that coconut products have filled the gaps left by avoiding grains so I never go hungry. Your diet sounds great so well done for doing so well on it.

Am I getting a balanced diet?

with half a cup of oats, and half and half water and almond milk (with a pinch of salt and...

Veg in cheese sauce made with coconut flour,

go off... I had it with roasted potatoes and roasted sweet potatoes.

a really simple soup as you just cook leek, onion and potato (I cook mine in their skin) blended...

Is my diet healthy?

hand full of mushrooms and cook with coconut oil ,and 1 cup of broccoli.

Thank you for your time