Not sure if anyone will be able to let me know. I have had x2 Laparoscopies done before but i had both done privately, i now possibly need a 3rd one done and have a scan booked at the hospital in a few weeks. I just wondered if they say i need the Laparoscopy done again how long is the wait to have it? the only reason i ask is because me and my partner want to try for a baby so i want to know if i need to have the op how long i have to wait 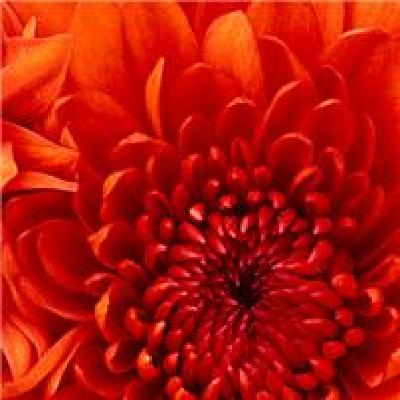 mazzda
To view profiles and participate in discussions please or .
Read more about...
18 Replies
•

I saw the consultant on the 18th Dec. I then had a lap booked for the 8th feb. this got canceled and now fingers crossed going in tomorrow, providing not put back again!

I hope this helps x

i am hoping that i wont be waiting to long or if i do its only a few months as resting in the summer wouldnt be so bad.

good luck for tomorrow fingers crossed its not cancelled again as i know how frustrating it can be having been cancelled for proceedures before whilst on the ward waiting to be taken down not nice at all.

hi mazzda - hope you dont mind me asking but i've got my first lap in march, and i wondered how long recovery time is, i know it will differ with everyone and depending on if any treatment is done but as a general guide, i'm self employed and i have no clue as what to tell my customers, i'm saying a week or two at the moment, plus i've lost weight this past year, 5 1/2 stone, and exercise loads and wondered how long exercise is restricted, i'm so fearful i will put this weight, or some of it i can almost feel myself panicking more about weight gain then the op itself xx

when i have had my past 2 i have been off work for 2 weeks. i cant really remember what they said about exercise and things i think it is just a case of resting for 2 weeks then you should be fine to start getting back in to a normal routine although not to push yourself to much. both time i have had mine i have had to have lazer surgery with it so not sure if that contributed to the time i needed to recover. I also had an awful bruise that cover alot of my stomach but carrying extra weight there is probably a big factor of that problem. Before you go in you should be told what to expect and how long you will need normally the hospital send you something with the appointment letter? if not then call them and just ask them at the hospital im sure they would be able to tell you. with regards to the weight gain i wouldnt worry about that if you carry on eating right and not binge on all the wrong things then you will be fine

Doesn't it depend on the area where you live? I had my consultation 18th December, had my scan on 23rd Jan upon where they found a "irregular 3cm cystic area" and just said i am on the waiting list for a lap so almost a month ago and still not got a clue about a date yet.

Thank you for all your answers. I have no idea but i do think it depends on the hospital, but then i did find something on the NHS website to say that from date of refferal the NHS is meant to get you in to see a consultnt and any treatment started and have attached the link below.

I'm being seen at a specialist endo centre and have been told the wait for my surgery will be 4-6 months. When I had my diagnostic lap last year (at a different hospital) it took about 6 weeks from when I went on the list. So it really depends on the individual hospital.

It varies dramatically by hospital. I've waited anywhere between 2 months and 8 months in the past, I'd say 4-6 months is the average but it varies a lot.

I've waited over 6 months for my last 2 laps, but I have a very popular surgeon. I'm not waiting for another lap with a different surgeon and so far been waiting nearly 3 months. It really depends what area you are in. There is an 18 week rule but my hospital found a way around that and just kept us waiting. Both times I had to involve PALS (the patient advice liason service at the hospital) to get my surgery moved forward. They should give you a rough idea at your pre-op or you consultant should be able to give you an estimate x

Hi I had scans in Sept and October was then referred to gyni in December and am now waiting for a date for lap. I looked on NHS website for my hospital and there should be a report on whether they have achieved the 18 week guideline. Mine said 95% so guessed it would be within that time. I called my doctors secretery to see if I could get an update and was told it would be 18 weeks from gyni appointment so looking at April. If you don't have a number then call the switchboard and they will put you through. If they are doing scans first they may make you have a gyni appointment before you get on the list. The receptionists have all been very helpful so don't be scared to ask.

As for time off I work for myself and have the same problem. I'm planning one week closed and second week will be available to speak to customers and small jobs but nothing urgent just incase I need more rest. I hope that helps and when I finally get the lap ill let you know how long I needed off.

Hello, I had a consultation at the hospital in the gynocology dept and told them I thought I had endo and have already had scans etc.. They told me they eanted to do a lap to diagnose me and I had my operation within 4 weeks of the 1st cosultation which was extremely fast. I think it depends on the area and the hospital x

When I turned up for my appointment they said I wasn't on their list for the day! Before the panic set in she said I was on the Consultant's 'important' list, which sort of made me panic a bit more and I ended up being first on the theatre list for that day. Perhaps because I'd been asking them for a laparoscopy for 5 years but who knows!

i have a scan booked for 4th March and and have to keep the letter to take to the appointment with me but at the weekend i got a letter to say that i missed my appointment on the 4th February but one was never made for that date so i can imagine that i am going to have problems now with the hospital and may take longer not happy at all as the hospital i am going to i had problems with before. first time i was due to go in to have a precedure done on the Monday and they called me at 5:30 the Friday to say cancelled then was rebooked for 1 month later so my partner took the day off work to be with me got to the hospital at 7 like they said was gowned up and asked to wait till they come and got me. at 2:30pm they came round to say that they couldnt do it. i had been left on this ward waiting for 7 hours with no food or drinks as wasnt allowed as being put to sleep and had starved my self from previous night. Not impressed with the hospital at all x

Saw gynae for the first time at the start of Feb. Was booked for an end of April lap which was about what I thought was a reasonable wait. Got a call saying there was an extra list for the start of March so I am in this Saturday. I have only been on the merry go round of Gp, hopsital, GP, Consultant then Gynae since November so I am aware I am very lucky to have gotten so far so quickly.

mazzda in reply to Mindstorm

thats good you have been lucky the hospital that i have to go to is so unorganised dont think they know whats going on. have my appointment coming up on Monday 4th March but had a letter to say i missed it on Monday 4th February. Havent botherd to call so just going to go Monday see what they say .

I’ve just been told I’ve got a 30 week wait for my laparoscopy and after 7 months of pushing to get one i think it is totally unacceptable hope you get sorted sooner, we are also ttc without success due to my problem but the doctors don’t seem to care

'urgent' I wanted to ask how long people have been waiting recently due to COVID? I'm still waiting...

I’m new here so going to have a look around the forum. I’ve recently had a scan and an...

laparoscopy waiting times - how much longer?!?

why do I have to wait potentially another 2 months?!? I know that where I live another hospital...

for a Laparoscopy in south east England? How long have you all had to wait? The consultant couldn’t...
•
6 Replies