Hi ladies, can any of you remember how long your referral was for a laparoscopy after seeing your Gynacologist?

I feel like I am literally wishing my entire life away whilst waiting for appointment after appointment. With IVF to follow after the outcome of the laparoscopy, I'm feeling pretty impatient (about 13 years of awful horrendous periods and endo symptoms which have never been looked at but are having a huge impact on my day to day life, and now adding on 2 years of TTC.. It's all beginning to drive me insane!

Unfortunately, we can't justify 3.5k for a private laparoscopy though incase we need to fund IVF in the future if treatment doesn't work for us 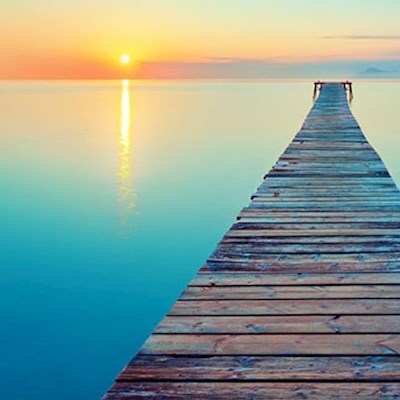 Faith27
To view profiles and participate in discussions please or .
Read more about...
16 Replies
•

Hey- so normally it takes approx 12wks to get an appt for ur lap depending on area etc etc u might get an appt earlier but don’t bet on it. If you’ve been waiting a while then chase it up xx

Faith27 in reply to Rehanat

Thank you, it just helps to have an idea of time line although it's never accurate. Will do. Thanks xx

I saw nhs gyno consultant in December and he put me on laparoscopy waiting list. I phoned up the other day to ask for a timeframe and was told approximately 8 months which was a shock! I'm currently looking into going private. Some ppl have told me they waited a couple of months so I think it varies from place to place. I would call the hospital to give you an approx timeframe X

Faith27 in reply to Glitterfairysparkle

Wow that's a long time! To be honest I don't know what to do. I've been doubled up in pain in bed all day until now. Only just had something to eat. I'm on my period and my pelvic pain and hip pain has been unbearable today. If it was a working day, there's not a chance I would have been able to have gone in. It's been horrendous but I'm still waiting for my expedited Gaenacologist to then refer so god knows how long I'm going to be waiting. I have paid private for a Gaenacologist appointment in November and they recommended a laparoscopy as soon as possible but I couldn't afford 3.5k for the op hence waiting again for the NHS. Thanks for your reply, just don't know what I can do about this pain. Codeine hasn't touched it today xx

Glitterfairysparkle in reply to Faith27

It's so awful that you are suffering so bad. Perhaps you could ask the gyno's secretary to chase the referral up for you and see if it can be sped up to an urgent referral.

I went to a&e the other day as could hardly walk as was in so much pain in my back so they gave me liquid morphine to take home as know other painkillers were working. It did help but then made me very sick so couldn't have it again but I know people that have had it and been absolutely fine and has helped the pain.

I have started taking CBD oil as a natural alternative which I got from a local health shop which takes the edge off slightly and has no side effects.

It is such an awfully long process. I hope you get seen a lot quicker than what I got told xx

Faith27 in reply to Glitterfairysparkle

Thanks for your comment hun. My pelvic and hip pain has gradually been getting worse over the months and I've always had so much pain during actual period but I've never been so unwell that I can't physically get out of bed. Definitely going to get in touch with my GP as it's gone back to her now I'm back on the NHS. My private gaeny has also sent a letter with his recommendations which has sped up the process hopefully - I'm waiting to hear back from them hopefully this coming week as to when a nhs gaeny appointment for me will be.

To be honest I'm kicking myself a little. I've always put up with the pain and issues and it's only now we are TTC that I've come around to looking at these issues too, I probably should have been seen a long time ago because I'd have happily waited - this has been unbearable today and I'm worried now for next month's time of the month already.. It's unlikely it will fall on a weekend next time and I need to try and keep my sick days for IVF .. gosh what it's like to be a lady hey lol! Thanks for letting me just rant 😂 not been a happy bunny today to say the least xx

Glitterfairysparkle in reply to Faith27

No problem. It's nice to be on a forum where we can all help each other 🙂

I no how you feel with the period pain. Every month it gets worse and it's scary.

Mine was a bit of a joke, doctor said he would add me to waiting list but seemed to be months, ended up in a&e and a lovely doctor booked me for a follow up app (had no idea what it was) the gynae doctor moved me under a different consultant and said she would add me to waiting list then, she said it would be 6-8 weeks wait and my lap is on Tuesday. If u don’t get any thing indicating after the waiting time I would go back to gp and ask them to chase it up xx

I'm so glad to hear yours has gone through quicker than you expected! Sorry to read you had to go to A&E for that to happen.. I've debated going myself today because ive been in that much pain but it feels so shameful going in with what most would just shake off as ' lady problems ' . I think I'm over the worst now today, I got out of bed at 5pm which I have never ever done before. Next time I will be going down but in the meantime I'll try to get a doc appointment scheduled. Thank you xx

I felt awful going to a&e because I felt stupid but luckily my mum basically dragged me and I had a ruptured cyst, I’ve had to go back 3 times since from more ruptures and a nurse even said to me if it’s the only way you will be listened to sometimes it’s got to be done, you just have to put your foot down and demand to be seen, if you are in pain then you aren’t wasting nhs resources, it took me a while to accept that but now I’ve realised it’s got me so much further than being nice and quiet did years ago. Hope you get it sorted!! X

Sorry to hear about your pain and this situation. It all abit of a nightmare isnt it...

I have had terrible periods all my life.

I fought years and it took to 44 to get one.

I had one last year and from the referal it took 8 months... with two cancelations and i think it worse now as if it not classed a emergency it could b a longer wait coz nhs is under pressure.

Faith27 in reply to Lulububs

Wow that's such a long time!! I hope that the laparoscopy wasn't too bad for you and that the cause of all your issues was found? Xx

Lulububs in reply to Faith27

They found nothing. Just got a thicker blood then most which means i clot more hence the period pains. I been given trans acid and it has worked so im no where near as bad as was.

Hope u get ur lap and answers that u needxx

Faith27 in reply to Lulububs

It's sad but so very common from what I hear that it takes so long to diagnose!! Horrendous disease, should be more well known as early detection can prevent so much bloody pain xx

It depends on the hospital and consultant etc...

I was quite lucky as when I eventually saw the right consultant, I was in quite quick.

I had been going to the doctors for years with pains and horrendous periods but kept getting ignored. I kept having the worst pain during sex and then I started having heavy bleeding during sex too so that to me was the final straw. I noticed a new GP joined the doctors surgery so I booked in to see him and I was sent for urgent tests and scans etc... he also referred me to gynaecology and managed to get me in quite quickly. This all happened in January, I saw the gynaecologist in March and then I was referred to another consultant which I saw at the end of June. My first Laparoscopy was in July. When I saw her, she wanted me in for surgery the following week but I couldn’t do a handover that quick at work so she booked me in there and then for 2-3 weeks time.

I saw her again on 12th December and she booked me in for another Laparoscopy there and then. She wanted to book me in for 21st December but we went for January 4th.

I feel very fortunate that I have been booked in very quickly for surgery but it honestly depends. She did say at one point there was an 8 month waiting list but at the moment and is able to do surgery almost straight away. Her clinic is full but her diary is free for surgery.

I’m sorry that you have fertility issues. We were trying to conceive for 2 years when we eventually fell pregnant. I have unexplained infertility (although my recent surgery could change this 🤞🏼) after 5 years of trying.

If you don’t already have a child, there is IVF funding on the NHS. 🙂

I hope you feel better soon and you get answers.

Faith27 in reply to Flossy13

Thank you so much for replying. It's nice to hear a positive quickly actioned story in the sense that things moved quite quickly for you. I'll try to get in touch with my GP to speed it along further. Thanks for your kind words and it definitely looks like we will be having IVF after all these investigations in the future. Good luck for all you are going through.

Can an NHS Gynacologist refer for a BGCE registered surgeon for a laparoscopy?

I'm due to have a Gynacologist appointment in around 2 weeks time. The likelihood is that

learning about endometriosis. Last Friday I had a laparoscopy, and the surgeon was meant to talk to...

Recovering from laparoscopy and diagnosis

I had my laparoscopy on the 29th nov 2012. I knew something was wrong as i had suffered terrible...

Hi, anyone had dissolvable stitches? My laparoscopy was just under 2 weeks ago.

For all those awaiting a laparoscopy the recovery is more annoying than anything...