I emailed PALS a few days ago and they just emailed back saying we can offer you the 12/07 at Oldham. Please let us know ASAP

I don’t know if I may have taken too long to email back as I have been busy all day. Hopefully I haven’t and I will hopefully have answers in a month.

I’m also really scared as it’s my first surgery and what if they don’t find anything. I’ll look so stupid 😫 something definitely isn’t normal though due to my symptoms etc. Plus being put to sleep freaks me out so much. 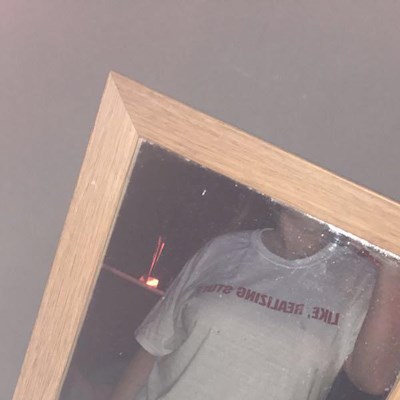 princessk09
To view profiles and participate in discussions please or .
Read more about...
20 Replies
•

Glad you've finally got a date! And don't worry about been put to sleep it's just an injection into your cannula and you blink and it's over with lol xx

princessk09 in reply to lizzyxx

Oh wow! That's great. I'm so pleased to hear that pals are responsive. I've never heard of anyone's experience with them.

I was so scared before my lap. I'd never had surgery either but honestly it's nothing to worry about. You have no awareness of any of it. You can also ask for a sedative once you get on the ward as you can be waiting for quite a while. I wish I had as I just sat worrying.

I seriously found dental treatment way more unpleasant than my lap! Everyone was lovely to me and they're was a bit of support from the other women in the ward waiting. You'll be fine 😊

princessk09 in reply to weekari

I recommend PALS to anyone, they are so helpful. Yeah I’ll probably ask for a sedative haha. My boyfriend said he will be there but I don’t wanna get my hopes up as he’s let me down in the past.

Holleymuzz in reply to princessk09

Can I ask what you said to pals? Or how long you had been waiting? X

princessk09 in reply to Holleymuzz

This is the email I sent. “I’m currently waiting for a diagnostic laparoscopy at North Manchester Hospital. I’ve been waiting for more than 18 weeks and my symptoms have been getting worse each month and everyday I have a dull heavy ache in my lower stomach.

My gynaecologist is Mr Macfoy and I don’t know what to do as the waiting time is up to 30 weeks at the minute.”

Brilliant news really pleased for you! 🎉🎉🎉

Don’t worry about going under it’s not at all bad. I’ve been under 3 times!

They can give you a sedative I like to have one as I’m always nervous what they might find!

princessk09 in reply to

I’ll definitely be asking for a sedative haha xx

Haha I’ll probably need something to relax me tbh 😂 yeah I really don’t like injections or the thought of being put to sleep.

That's really positive. Glad PALs were helpful. The idea of the surgery is always, for me, far worse than it turns out to be, once you get into the ward and you start with the surgical socks, and prep the time flies and you are down to theatre before you know it. everyone there is in the same boat so there can be some real support from strangers which is nice. When I had my first lap a lady there said to me I should tell the anesthetist I am worried about being sick afterwards and they can tailor the drugs to stop you being sick. I said this both times and have not been sick either time. Whether it was true or it is psychological I don't know!

This is brilliant!! Fingers crossed they confirm the dates yours!! Xx

princessk09 in reply to cmbxm

I’ll find out either tomorrow or Friday. I’m glad it’s at Oldham since it’s the BSGE Centre but I’m so scared about how soon it’s gonna be xx

cmbxm in reply to princessk09

I was given 3/4 weeks notice with my lap, had a lot to sort out in such a short period of time, but I think it actually worked in my favour because I wasn’t sitting around for ages waiting if that makes sense x

princessk09 in reply to cmbxm

cmbxm in reply to princessk09

Just spend the time prepping and relaxing, and your lap will be here before you know it! x

I had my first laparoscopy (and first surgery) last week, and like everyone says it's nothing to worry about - nothing compared to a period! Easy for me to say now though.

It feels weird hoping that they'll find something wrong with you, but I just wanted an explanation for the symptoms that doctors had been telling me were nothing for years. Not knowing what's wrong and being dismissed is no fun.

One piece of unsolicited advice I would give is to take a list of all your symptoms and give that to the surgeon pre-op. I assumed he would have read through my notes but a conversation after the op made me think he hadn't (maybe they just read the most recent notes). Because he said they'd found endometriosis on my ovary and not mentioned anything else, I assumed there mustn't have been any on my bowel, but now I'm wondering if he just wasn't aware of all my weird bowel symptoms and whether he only looked at my baby-making equipment as he's a gynaecologist and that's his bit. I wish I'd made sure he was aware of all my symptoms before the op.

I'd also take a list of questions for after the op and maybe record the answers if that's not too weird, as you'll be a bit sleepy and might not think of everything you want to ask at the time (or remember the answers).

Good luck, and make sure you relax for a couple of weeks after the surgery even if it's difficult before!

princessk09 in reply to kaloust

I’m scared now but probably when I wake up after the lap, I’ll be like “why was I scared haha” it’s just the thought of being put to sleep and not being in control of like my body for a period of time.

kaloust in reply to princessk09

Yeah, I know what you mean, it's a lot of trust to put in a bunch of strangers.

Has your appointment been confirmed yet?

princessk09 in reply to kaloust

I should find out tomorrow hopefully

kaloust in reply to princessk09

lap was at xxxx you see so it’s frustrating waiting and not knowing when it’s happening.. how long...

finally a date for lap!

My pains have nearly gone (so so so scared to say it) dreading my monthly and pain coming back....

It’s officially been confirmed but I have no idea if my surgeon is an endo specialist.

under GA or not? Hoping this procedure gives me some answers, wishing you all pain free days and...

Feel bad for complaining but I need a lap date

and fed up so I have put in an official complaint at having to wait. I know NHS are under huge...