I need advice! So I had my laparoscopy on the 28th Feb! After a week of the surgery I got my period which by the way was so so painful! My cycle got shorter and shorter and I was getting my period every 24 days it has been like that for almost 2 years, I was never late and it came exactly on the day it suppose to come which was great in a way because I knew when I was gonna start with the unbearable pain every month... now is should be the second period after the surgery and I am late by 3 days having in mind that I have been exact with my periods for almost 2 years 🤔! I am just wondering if anyone has had kinda the same issue? Is it maybe the fact that now the cycle is regulated to 28 days due to the fact that the specialist was able to remove all endo tissue? I don’t want to believe I am pregnant that would be a miracle I dont want to get my hopes too high considering the fact hat I haven’t been doing it that much and I only have one ovary working 🙄🙄! Anyway if anyone has an answer please let me know! 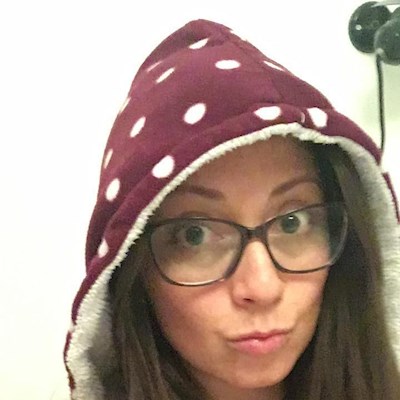 PaoPetite
To view profiles and participate in discussions please or .
Read more about...
9 Replies
•

Hey, my cycle for years was always exact, the same as you. I had my period 2 weeks after surgery and since then it's on a new day and different cycle length that varies a little. I think after four months post surgery it's finally settling down but not quite the same as before.

I checked with my specialist at my recent 4 month appointment as I was a little worried and he said that because the operation is so close or on our uterus and ovaries they can go into a kind of shock and so upset your cycles (it's just hormones), they can be random, earlier, shorter, longer, missing some; effectively a bit like a teenager - it can take time for them to settle back again, for some it's two months for others it can be a year.

I now have the naturalcycles app which uses basal temp each morning and ovulation tests to calculate your cycle, I find it really good ad after three months it was spot on for periods even with all the variation in cycles; temp and tests remained the same I guess for it to calculate stuff; it explains all the different phases of the cycle with your data so you get to see what happens when but specific to you and recalculates everytime you add a temp or ovulation test. I swear by it! And my partner uses it (they have the app for partners) to check what notes I've added for the days as to how I'm feeling and what part of my cycle I'm on.

PaoPetite in reply to luthien

luthien in reply to PaoPetite

its called naturalcycles should just be able to type it into google. It cost's per year but that includes the thermometer, support both by phone, email, chat, members faq's, help and advice on your cycle / pregnancy / contraception, and your space in their version of the cloud. You can set it to plan or prevent, so it tracks and monitors differently and you can change it as many times as you want from one to the other. I have found it useful as the cost is offset by not having to buy soooo many pads / tampons / condoms / ovulation tests / pregnancy tests - you know where you are in your cycle!!!

This is exactly like I’m experiencing now. I’m 6 days late, negative pregnancy test and all the symptoms of a period, pain, backache, migraines etc just no period. Had my lap in Feb, two normal but painful cycles and now nothing! Following your post for advice 😩

I also had my lap at the end of Feb! Guess what it period came back after 15 days of being late! I really thought I was pregnant but all tests were negative! Went to the GP got some blood tests done and I am absolutely fine! Not menopausal either (was worried about that too)! Apparently the uterus gets in some kind of shock due to the severity of the procedure and can casue irregularities in our periods! But it will settle down, I have stage 4 endo it was so severe I had it all the way up n my Kidneys

Hope everything settles for you too! X

What about now? Everything back to Normal? Did you also have cystectomy ? Was it endometriama cyst as well? Bilateral ?

Thank you for reply! I’ve just got myself so worked up about it all, not got my follow up appointment until May. They removed endo from a lot of places and like I’ve said had two painful but on time periods since then and now nothing! So frustrating not knowing what’s going on in your own body.

You’ve put my mind at ease a little, thank you x

my period was so much better better this time! Little pain almost nothing to compare how it was last month! Seems like the specialist did an amazing job removing endo! I also have a hospital appointment in May!

I had my period when I had the laparoscopy but its been 2 months now since the op and I haven't bled at all. I'm not sure what this means for fertility or anything else but all negative pregnancy tests.

first period was due on 13th and came as normal... but now my period is 8 days late. We have been...

I'm due my period 1-2 days before my op next week. I know I CAN have my period for surgery but I...

oramorph for my pain and this helps take the edge off, 6 days after I finish my period I am...

Hi! I have been offered a date to undergo a laparoscopy but I will be on my period on the day. Does...

So disheartened 😞 i don't know what to do anymore. . Adenom...

Private GP to get NHS referral