I was wondering if anyone who has been diagnosed with Crohn’s disease could help me.

I developed a fistula in July’s of 2021. I have no family history of IBD disease. When I realized most people who get fistulas also have IBD I started having severe stomach pain 24-7 I couldn’t eat for months.

I did my first colonoscopy which was normal had some polyps removed and biopsied everything was fine.

My endoscopy showed acid reflux but nothing else.

Capsule endoscopy showed slight erosion in the duodenal part of the intestine. I have suffered from chronic headaches for years and have abused NSAIDS terribly. However my GI was not sure if that could cause redness or inflammation so he put me on budesonide assuming it’s Crohn’s. The budesonide did nothing. To be 100 percent sure he did a colonoscopy to go further into the internal ileum.

The colonoscopy was completely clear all biopsied fine.

Still having pain I went to another GI.

MRI showed no fistula even though my previous MRI said I had one. Went to 2 rectal surgeons where one said I don’t have a fistula and one said I did but it closed up on its own and just to watch it. The second MRI I had actually said it is now a healed fissure? Very strange.,

The GI said he looked at everything and there is no evidence of Crohn’s.

I sought a third opinion from another GI and he did bloodwork again all normal. He said the erosion in the capsule endoscopy is concerning. He suggest a Prometheus test to rule this out.

If anyone can give me any advice I get pain once in a while in the stomach and lower right side but I am so stressed and have such anxiety from this. I was also taking anti anxiety meds and ambien for sleep for a while to relax and I stopped all that cold turkey I thought maybe those drugs were screwing up my stomach but I can’t stop thinking about this anyone who reads this and responds I appreciate it I know it’s a very long message lol 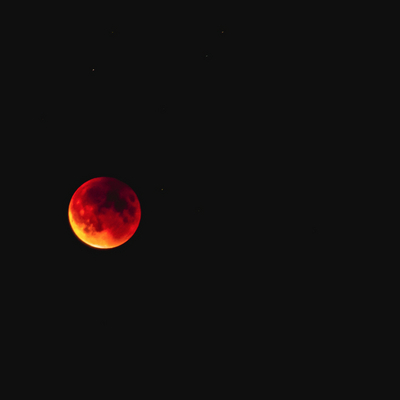 RC723
To view profiles and participate in discussions please or .
Read more about...
7 Replies
•

I am in a similar situation. They really don’t know what I have but I know there is something wrong. I say just keep pushing them to do other test if you feel that something isn’t right. I’m on my 4th GI and been hurting and swelling for years. I have lots of mucus including bloody mucus. They say take Miralax daily. I shouldn’t have to do this. Anyway good luck.

It’s weird all the stuff I read online tells me I am being misdiagnosed but doctors continue to tell me different things. I am seeing a third doc and he wants to do a Prometheus test which is expensive and not covered I might go back to my original gastro and see if I can do more tests 2 docs told me I’m fine this last one told me he is suspicious of Crohn’s. I have so many things that point to Crohn’s and now because of all this going on my mental health is terrible lol people don’t understand being misdiagnosed or having no diagnosis

I understand what u r saying about not having a diagnosis especially when you know something isn’t right. We know our bodies. My mental health is suffering also. Always saying your stomach hurts makes people think you are a hypochondriac.🤦🏾‍♀️ I pray we get answers asap. Hang in there.

Had stomach problems from age 21 now 64 at present sat by hospital bed admitted Mon today Sat. Had 3 blood transfusions, 1 iron infusion, having steroid injections prednisolone. Doctors don't know in my opinion think there still learning and understanding Crohn's. It appears throw different medications at it and hope one works!! Trial and error.We do know our own bodies best trust yourself stick with it will work out.

Stay positive although I know it gets you down.

Make the most of the life you have and don't worry what others think they just don't understand this condition.

Apologies for my ramblings

Thank you for replying. I’m sure something they are missing and then they give me a three month appt 🤦🏾‍♀️.? I usually have several episodes in that length of time. I’m just aggravated with them all. Just gonna keep leaning of Jesus to keep me going.

Sometimes the right diagnosis can take years. I got my diagnosis many years ago, but back then it took them so long. Crohn's can mostly be seen in biopsy, but colitis is bit more difficult to diagnose. Don't give up and push them, tell them how you feel and that you know your body best!

I've been on high dose steroids for almost 10 years - wrong medication for this long time, I know. (lived in another country - blame it on the non-IBD-knowledge) Now waiting here for my Humira treatment to start.

It's been up and down all the years, tears, pain, happiness, weight gain and loss etc. - everything you can imagine. But my IBD Nurse Team in Salford Royal has been amazing and helpful all the time.

I wish you all the best, that you get the right diagnosis and the right treatment that brings you pain free time and you can live a "normal" life.

Good luck. I've had crohns for 50 years and just had resectional surgery, 2nd time. After two absesses finally doing much better till stelara start on Thursday.You know your body. Use your information tools and research everything you can from medical to dietary.

I wish you the best of luck

had a clear CT scan, although they said they could see what looked like dark/old blood - they said...

to my GP and did a stool test on 25th Oct. The Calprotectin test showed my inflammation level was 64

Diagnosis help please - what next?

I'm convinced it's bowel cancer and I'm going to die.

looked at 11cm of bowel. Did biopsy and no inflammation found. Feb 2018: Did a PillCam to look at...

Diagnosis for colitis except colonoscopy?

other way to diagnose colitis/colon inflammation aside from colonoscopy? I feel like it is too...