Hi not been on here for a while, I am on pantasa granules as my asa.

A week later after the antibiotics had finished I had my annual flu jab which subsequently left me ill for a few days .

A few days later when feeling better I had a couple of glasses of wine (Friday),

The Saturday and Sunday the bloody mucus come but nearly cleared again Monday.

I had another drink that night….but got up this morning back basically to square one.

The reaction to the flu jab, the wine ,or are the antibiotics still in my immune systems 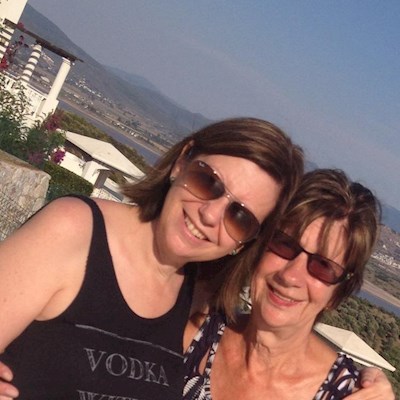 Bluegirl1948
To view profiles and participate in discussions please or .
Read more about...
6 Replies
•

You probably need to replace the good bacteria in the gut and if the wine is upsetting you then steer clear of it and see if it settles down. Once you've had a flare it can take time to resolve so I always go back to basics with bland diet and definitely nothing that might cause a problem.

I don't drink alcohol at all but that's more to do with being hypothyroid, most hypos are alcohol intolerant. I guess you just have to experiment and see if it does effect you.

Hi sorry to hear that Thankyou for replying xx

My late mother in law had severe UC and could not tolerate antibiotics at all as they'd always disturb her UC. I have moderate UC, am on Asacol tablets daily but have no problems at all with UC.

I would suggest that it's the antibiotics that have upset you and would advise you, as others have, to forego the wine until your condition has stabilised.

Bluegirl1948 in reply to Shoeysmum

I have talk to my ibd nurse yesterday and she think it was the flu jab that upset it because there was over a week since I finish the antibiotics be for I had the flu jab to days later I saw blood, she also said the wine had nothing to do with it ,but all the same I will not drink any for a bit thank you for your reply xx

Hi everyone Iv had \\\"Ibs\\\" issues very serious for the past 15 years I finally got a diagnosis...

anyone here has had a reaction to infliximab? I had a delayed severe reaction which caused a severe...

tried me on antibiotics which made no difference. I then discovered I was passing bloody mucus...

my insides had had literally no effect on it. As a result I lost 5kg in the first three weeks, was...

pain/diarrhea/bloating/mucus etc for a few weeks the calprotectin was over 600 I had a colonoscopy...

Sodium Butyrate is healing me!

Colonoscopy/tests normal but still having issues