Struggling To Consolidate: I've been out three... - Couch to 5K

I've been out three times today and managed to run 10 minutes each time. This is the first time I've tried to consolidate since last week. I picked up a slight lung lurgy over the weekend, but I felt good today and fully expected to complete. I first went out this morning around 9am and only managed 10 minutes and aborted. Went to Gail's for a coffee and pain au chocolate. I had gotten as far as the Heath and I just felt tired and stopped.

I went out again at 2pm having eaten a small portion of pasta at 12 and once again bailed out after 10 minutes, this time feeling fatigue kick in a bit more profoundly. Not to be defeated, I thought back to my graduation day and remembered bailing out because I felt sick after 20 minutes and going back out a couple of hours later and completing the run in the pouring rain.

So I figured 3rd time lucky and went out again around 4pm and once again got to 10 minutes and this time felt exhausted. There was no chance I could have made the distance on the third attempt.

Not quite sure what is happening with me mentally. I have managed 8 consolidation runs so far of 30 minutes but each one has been a struggle and last week I started bailing out and it took me 5 attempts to complete the distance. My pace for the first kilometre has increased from 8.30 per km to 7.30 per km but I would expect that increase in speed naturally since i've been running for 4 months now. I had to repeat week 4 of the programme but then completed all runs until graduation day in which I had to go out twice, but I did it on the intended day, At the moment, I'm completing it 3 days after I intended, so really don't understand what's going on.

Somebody on here did report that they weren't able to complete a single consolidation run after graduating. It certainly feels like it might be psychological with me. Has anybody else struggled like this? Any advice would be appreciated. 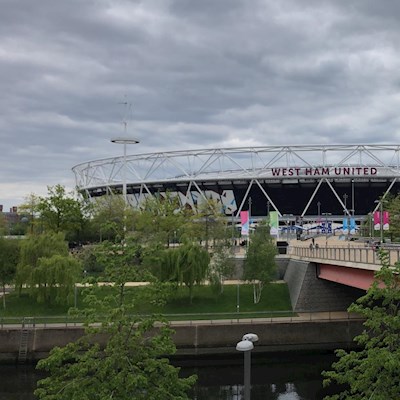 Dodgylungs
Graduate
To view profiles and participate in discussions please or .
12 Replies
•

You say it's psychological but also mention picking up a 'lung lurgy'?

Sounds like you should listen to your body and rest for a few days. In this current climate - any chest problems (although you weren't very specific) would surely warrant a test too?

Here's hoping you feel better soon and can then get back out there and enjoy your runs again. Good luck.🙂

DodgylungsGraduate in reply to Sandraj39

Well my monicker is dodgy lungs which refers to having asthma and I do get my fair share of lung lurgy throughout the year. I’ve been tested 4 times for the virus and all were negative. I felt a bit chesty on Sunday but nothing to worry about and rested up on Monday. My last successful run was last Friday.. I went out today because I felt good but then I felt fatigued after 10 mins. It could be that my slight illness weakened me but I should still be able to push through the difficult times if I’m basically ok. I feel like my head is constantly sabotaging me and looking for reasons to make me stop. I might try again tomorrow or rest up for another day and give it another go on Thursday. I’ll see how I feel in the morning.

Ah, I see. Certainly, how we feel mentally can really affect our runs sometimes. Can you try a bit of reverse psychology and tell those gremlins that you are only going out for a twenty minute 'easy' pace run?? You never know...?

DodgylungsGraduate in reply to Sandraj39

I think you really sound unwell? Maybe you need a few days off and hopefully you will better and be more mentally motivated.

If you are not feeling great it will be so much harder to have a enjoyable run.

Rest up and get better soon. Hope to see you posting soon 😊

DodgylungsGraduate in reply to Dups

Sounds like you're not properly over the bug you had earlier. Rest up a bit.

I would agree with the others and think taking a bit of a break from running and resting up for a few days may help.

In terms of psychological motivation maybe you could try the following, as these helped me in the last few weeks for longer runs:

- Adding some new songs to my Spotify playlist

- Changing up my route

- Reminding myself that slow runs can sometimes be the most enjoyable

I also think setting yourself some new goals and changing up your runs could be good? Like doing shorter runs but upping pace or using the Nike Run Club app to do some different guided runs.

Hope some of that helps! But don’t give up, you’ve got this running malarkey 💁🏼‍♀️☺️

So sorry to hear that 🙁 but it definitely sounds as though you’re still not well and I would think you should have a good few days off to properly recover. You did do 30 minutes today, albeit not how you wanted ☺️ I definitely don’t think you should try again tomorrow. Someone else has suggested doing a shorter distance and that’s what I would do, maybe 15 or 20 mins first but more slowly and build up from there again. Psychologically try to set yourself up for something you’re going to achieve. I have no personal experience of asthma but have read on here others who say the changing weather conditions affect them so don’t know if that’s the case with you too 🤔

Don’t give up, you’ve come this far and as Laura says ‘you’ve got this running malarkey’ 👌

With that in mind though, I think the best thing you could do right now is give yourself a well deserved break. I’d suggest a week taking your foot off the pedal entirely but I can’t see you wanting to! 😜

Maybe your lurgy bout is still lingering too so cut yourself some slack at least.

I know how you feel about committing to a shorter run but it could reboot that part of your brain that’s currently just saying no. There’s a lovely ‘mindful’ 25min Headspace run on Nike (Not sure that’s your jam but there’s different sessions with similar timings).

A change of scene might be helpful too. Hop on the 168 bus and go hang out with the giraffes and penguins in Regents Park! 🤩 Better yet, time allowing, spend 20mins walking to it to really warm up!

Sorry to hear things aren’t going too well. I’m going to join in with everyone to say take a few days off as it sounds like your lung lurgy hit harder than you thought.

Maybe go out for some walks instead, and then later in the week maybe a short run.

Also maybe you’re pushing yourself too much? You mentioned faster times...perhaps go back to the old C25k basics and just slow down 🐌

they’re going out for a run and need the toilet about five time’s, or is that just me?! 😂 went for...

done my first consolidation run since graduation and only timed my running for the first time. I...

increase my 'longest' run distance - it took me 33 mins

I graduated on Monday after a fairly consistent day on, day off approach rather than 3 times a week,