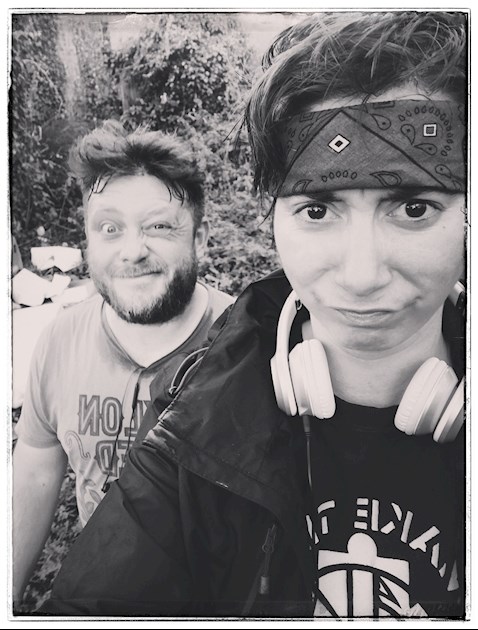 I fell over the other day on my run and thank goodness I'm not injured. But my ankle came up a bit stiff and a little swollen this morning. There seems to be some sort of bruise so I'm wondering if I bashed it when I fell and did not realise because I was so focused on my bloody knee and brushed shin.

So I ran gently, carefully, and at a steady pace.

I did the two 10 minutes. I was looking forwards to it but when I was actually running it all felt physically difficult. My legs were like tree stumps and I felt like I was dragging my body around.

I also got two terrible stitches too.

I wanted to stop so badly.

The second 10 minutes was the hardest, when Jo said I had 5 minutes left I wanted to give up. But somehow that last 5 minutes flew by, I don't know where they went or how I did it. I just did.

I feel like I've had some amazing runs lately so it was only a matter of time until I had a bad run or two where it all just feels like a slog.

Over the next 24 hours I'm going to keep my feet up as much as I can, do some gentle stretches and drink a ton of water, meditate and get myself in a more positive headspace.

Hopefully I'll be on much better form for my 25 minute run on Sunday.

A few people had said after w5r3 the next two runs are killah, they were right.

Its worth it though, it all is. I love the feeling I get after these runs. It is amazing.

Let me know if any of you still have bad running days or not?

PS. I think Me and Doozer look like murderers in this photo. We're not murderers, I promise! 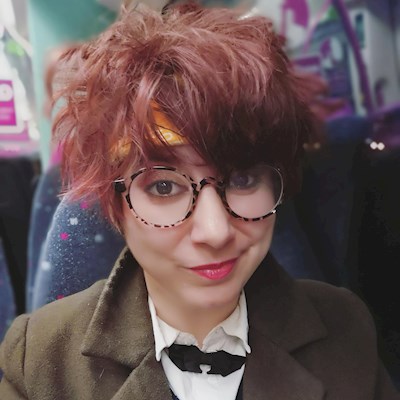 BirdyRose
To view profiles and participate in discussions please or .
18 Replies
•

Don’t run when there’s swelling in your joints, especially knees and ankles. Just don’t. Those things swell up when there’s something wrong and that’s the easiest sign for you to recognise.

Rest up and get fit again. How long? Not a clue, I’m not a doctor but if that thing doesn’t get better within a week then go and see a physio. I ran through ankle discomfort which turned into ankle pain. Then it all became ankle swelling and that became me on IC for three months. Avoid that business.

Great photo btw. I hope that’s how you guys normally look like. Form a band.

Hey mrrun thanks for the advice I think you're absolutely right. I didn't realise it was swollen before my run I just knew it was sore. I was alright whilst running and even ok afterwards for a bit then it seems to have come up and got worse through the day.

I'm definitely doing what you said. I'm going to rest this thing up and keep and eye on it and get back on the running when it's better.

I just don't want to lose my momentum with this and be facing a 25 minute run next time out of practice!

I know you are right though!

PS. I'm not in a band with Doozer but if I was I think we'd be called "The Murdy Gang"

Don’t worry about momentum. I repeated three programs just because l wanted to (C25K, Bridge to 10 and half marathon). You are not training for the Olympics or similar? Time is on your side, you call the shots, you’re in charge but do remember to listen to your body and its warning signals, they come with reasons.

Thanks as I said, I'm taking all advice on board here and really appreciate it 👍

Right few things here. You've reached week 6 you're officially a runner and you've got the scars to prove it, week 6 is by far the worst week of the whole thing after the absolute joy of week 5 run 3 you're almost chucked under the bus with 2 "easy" looking runs which turn out to be hellish. But like I said you're a runner so you understand now this happens there are massive ups and downs even in this programme that's encouraging you and helping you to get started.

Do people still have bad runs? Hell yeah all the time it's an absolute mystery to me how to have consistent good or even average runs mine are all over the place honestly it's like witchcraft.

In terms of your injuries it's probably from being on this course and running quite regularly it happens you get niggles and strains but you will have built up endurance and fitness now that you can spread out the runs and take an extra days rest, you're not going to lose any of the fitness and as you get to the end of this it's at least 25 minutes of straight running from now on your legs probably need a few extra days rest now and again.

Also please don't hunt me down in some creepy van.

We do actually live in a van 😂

PS. Thank you very much for that response you are also right that with the longer runs I may need to just give myself an extra day or twos rest.

I’d have rested with a swelling... and maybe you need to do that now. However, that aside, I’d have to say very well done... you’ve found that happy pace and headspace in some recent runs, and while that’s great, this one let you demonstrate what you can do when it’s not easy, your mental strength was allowed to shine, and that’s gonna help you further down the road.

Murderers? I dunno, but maybe a padded room is in order! I’m not judging, I’ll most likely Ben in the room next door.

To be fair I didn't really notice any swelling until afterwards. I initially thought I had just slept on my foot and it was a little sore. It's only throughout the day afterwards that I realised something more was going on.

Am resting up now though.

Rest up... relax.. hydrate well and take care of you, you are your single best asset...... You can do some upper body exercises to stay supple...

You look great in the photo!!!!

I love the advice on this forum - I wasn’t aware of the way to handle swelling.

Murderers? How about “Snatchers” from Harry Potter 😂

Wk 6 is definitely the most difficult week after Wk1. I think it's made worse by the fact that you've got a 20 min run under your belt and so can't fathom why shorter intervals are taking it out of you.

If you search Wk6 - there are a lot of technical explanations about why this is - but essentially trust the programme. By all means rest the ankle if need be - but don't be down hearted when you go out again the longer runs in Wks7-9 Will seem like a breeze compared to Wk6 - honestly!

Hey birdy! Sorry to hear you are bruised and have tree stump legs ☹️

It isn’t a race (thank goodness). I have to keep telling myself that when I try to go too fast, imagine Park Runs, look at distance covered - and try to run every other day, rather than take an extra day here and there. It’s hard though! Like you, I’m enjoying getting better and look forward to the next instalment of the plan, and don’t want to lose momentum. But I guess that’s part of the psychological side of running that we are learning too: when to rest!

I’m hyper aware of any sign of heat and swelling in my knees and ankles in particular as I have had injuries there. They aren’t used to running and I am feeling the odd protest twinge, so I have been icing those areas and wear knee supports at the moment when doing activities.

Hope you are back out there and feeling good soon 🙂

Hey got back on it today as the swelling went down so quick. I am keeping an eye on things though!

Hi Yes totally agree some runs are easier than others and doesn’t seem to be any reason 🤔. After graduating last nov I’ve been running twice a week (just for the enjoyment afterwards and to build up stamina) todays run was just 20mins (all I had time for) and was such a struggle! I felt so like giving up....obviously I didn’t because this whole journey has taught us all runs are different and we can do it👍x

Week done you! Those runs are hard at first but every time you do it, you feel great. You can and will do it (because if I can, anyone can). I'm onto my last two runs and it does get easier. Just don't flog yourself to death trying to run faster. That definitely didn't work for me. Good luck you couple of murderers.

BirdyRose in reply to mazza36

I have a pretty good pace and always slow down when I need to, for the most part I run slightly faster than my walk 😂

Yeah - me too. I can only dream of doing 5k in under 30 minutes. But at least we're trying haha

I've come to expect some mood lift from my runs, gentle and overall more stable mood but today was...

I normally run first thing in the morning but I had other commitments and it meant running late...

Some runs are more difficult than others

after graduation, I felt the run a hard going one. I did manage the full 30 minutes. But it was...

of ten to fifteen minutes of good running, compared with the rest where my lungs felt on fire, plus...