Premature Park Run: Since the run today was W9R... - Couch to 5K

Since the run today was W9R1, I decided to join my local park run. I expected to be last, or close to it. What I didn't expect was that the "real life" of park runs had uphills, downhills and mud attached, which I had somehow not thought of. I started with good intent with my five minute warm up walk and was accompanied by a kind "back marker" lady. I started my jog, being only about 100 metres behind the real stragglers who jogged and didn't walk. It took me over 10 minutes to catch the back markers - not that this was a goal of any sort - but I had to continuously check my jogging rate and slow my step down. At the fifteen minute mark, I was about 3/4 the way around the first of two full laps, and the usual 5 minute and 10 minute nagging of "you are not going to finish this" did not subside as it had in weeks 7 and 8. At about 16 minutes on what to me felt like a very steep uphill, I had to give up my jog and walk. That happened three more times during the course of the 5K run. After the second walking session, it didn't matter what my time was - it only mattered that I finished the 5K, having failed in my first couch25k run since I started in week 1. I am treating that run as a failure, though it has given me an idea of how far I still have to go when week 9 is finished in three more run's time. I finished 345th out of 349 - a small consolation, and a great group of people to have met. I look forward to my next Park Run, but it won't be next Saturday, nor either New Year's day. After graduation I need to find a way to make sure I have actually run 5km, and including some uphill and downhill terrain. I may go back to the Park Run course at times when runs are NOT being run. Just to try to come in at under 40 minutes. 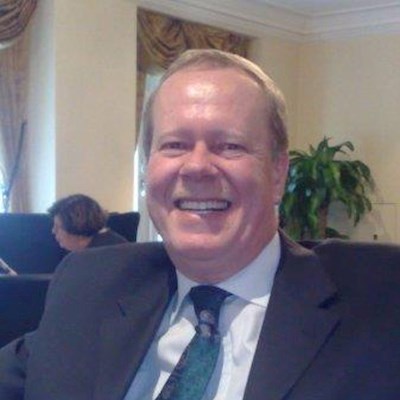 Mercmancouchto5k
Graduate
To view profiles and participate in discussions please or .
12 Replies
•

Well done, the first one is always the most daunting. I always come in the last five of my park run but that just me and my running pace, my park run always make me feel ike a star. Good for you for giving it a go and well done, Rfc x

Definitely not a failure, sounds like good learning. My first park run was a shock to the system - I normally pootle round the park before anyone else is awake so running in daylight surrounded by other people was quite daunting. And I ran and walked my way round.

Well done for doing this and completing the 5KM and for going for the next one. run or walk you did it and that’s so much more than many many people would have done. I promise you, you will get fitter and faster than you could have ever dreamed possible.

Wow - that sounds pretty tough! I decided not to attempt a parkrun for a couple of weeks after graduation by which time I hope to be able to run for 40 minutes (I.e. W9; 30mins, W10; 35mins, W11; 40 mins is the plan) but I’ll also check I am actually doing the full 5k - learning from your experience! It sounds as though I also need to add some small hills to my route (plenty here in the Cotswolds that I have managed to avoid so far!).

However, remember the C25K mantra - no such thing as a “failed” run - think of it as a “practice” run (which it actually was for you!) 😁

Hi guys, such wonderful support. Thanks to all. I guess I could have figured out how to use Google maps and get my distance, but I avoided it. Now I know a route for 5km, I can always revisit it and run alone, to see how I can improve on nearly 45 minutes. LOL

Hi Merc. I also did my first parkrun on Saturday, as my week 8 run 3. I was lucky enough to have a running friend keeping me company and chatting to me all the way round as distraction/encouragement, which was a lifesaver! I also had to walk for bits and was 10th from last with a time of 42mins. Please don’t consider it a failed run: you got out there and had a go. It’s really tough being towards the back of a big group and I found it much harder to control my pace. I’m willing to bet your next run will be loads better for having done it 👍

Good for you for completing it, even with walking interspersed with running! It's no joke, uphill terrain is ridiculously difficult. In fact, I had to restart C25K on the treadmill after feeling way too discouraged by all the hills in my neighborhood. No shame in that! My plan (and I read it here on HU first) is to finish C25K on the treadmill, then target for distance/speed on the treadmill, and THEN add in "hills" on the treadmill before I tackle real-life hills. Slow and steady, you'll get there!

The most important thing about Parkrun is finishing the 5k - running, jogging, walking the whole course or a mixture of all those. You finished it - therefore it was a success!

We certainly wouldn’t refer to anyone as ‘stragglers’ or want them to feel like they were. No one should judge you on your time. If they do, they don’t understand the spirit of Parkrun. You got up, you got out and participated. That’s what matters.

Having read the original post again, I feel really sad 😔 None of us know how much courage it might take someone to actually turn up at a Parkrun.

Sounds like an epic success to me. You did it! That takes focus and determination. You’re now closer to your overall goal than you were before you tackled those muddy hills. AND you did it on Christmas Dsy. Extra kudos. Well done.

Have a read of this guide to progressing after week 9 .

It is all about steady progress every time you get up and put there its a success.

Hi Simon160, thanks for this link. I have read the post and will save it for future planning.

Tried the local park three weeks ago, took me 37 minutes, could have almost done that walking....

which helped. Park Runs are free and run by volunteers and nobody minds if you walk / jog, there's...

Is it a premature end to my running dream?

morning and attend my first park run. Well as I walked into wicksteed park the sun poking it's head...

doing park run, our local one attracts over 500 runners at times some who do it in 17 minutes whilst