I did it. I can’t quite believe it but I did it. The second three mi ute run nearly killed me but I shouted to myself to keep going and I did. I even speeded up on the walking too. I simply can’t believe that just two weeks ago I could hardly was struggling to walk for any length of time. 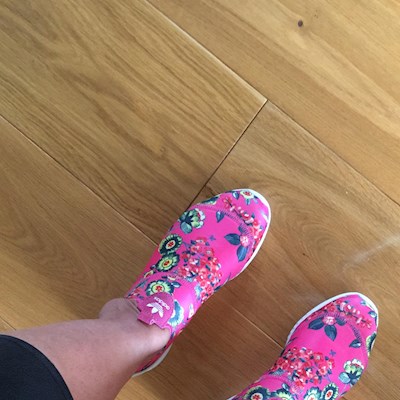 Pickles1234
To view profiles and participate in discussions please or .
12 Replies
•

Pickles1234 in reply to Now-runner_NeedsAttn

It certainly does - although I'm still aching and it was four hours ago!

Great stuff... let the belief grow... you’ve amazed yourself, keep going and do it some more.

Pickles1234 in reply to UnfitNoMore

Well done Pickles!! I also ran this run today too!! Sounds like you had more success than me, I got a bad stitch during the first minute and a half run...

Hopefully Friday's run will be better

Pickles1234 in reply to donttrustaskinnycook

My knee was twinging when I started the initial walk, but was fine when I started running - its just the rest of me that was falling apart! It's been a long time since I've done anything as difficult, challenging or rewarding.

That makes me feel better - I mean that in a nice way obviously!

I found run 2 a bit easier. Probably because I kept very slow for run 1.

Pickles1234 in reply to Katnap

Fingers crossed I do too 🤞

Hard, but I did it! The 3 minute run was really hard, I have being doing it all at the gym because...

just can't run up an incline at all. In the end I finished my date with Michael and just walked and...

thought I was going to die! Three minutes is just madness! Still, I did it, and I’ll do it again on...

past couple of weeks and felt I should come out from behind the trees and show myself! Haven’t told...