Hi morning runners, evening runner here. I usually go out when I get home from work and then have my tea afterwards. I'm thinking about mixing it up and trying an early morning run before work but I'm not sure what to do about eating? Do you guys eat anything before you run and if so, what and how long do you wait after doing so before you run?

I'm thinking it would be easier to eat after, but would I have enough energy? 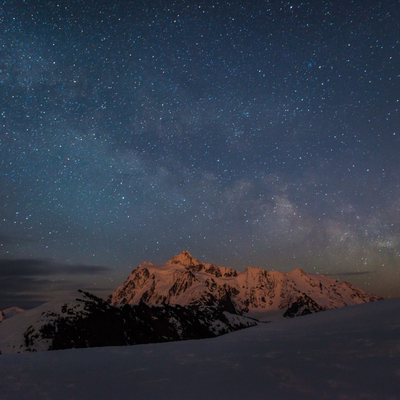 Vixter34
Graduate
To view profiles and participate in discussions please or .
35 Replies
•

If I run in the morning I eat after.

I’ve been running early morning since starting C25K, and seem to have managed fine so far (just finished W5) with no food until I get back. I like to sip a good amount of water before heading off, though. Hope that helps. 😊🏃‍♀️🏃‍♀️

I do all my runs in the morning too and for 5k distances I can get away with eating later but I found as I increased distance later on that I needed a little something before the run. I usually have a banana and half a bagel with peanut butter and that works for most runs. And a good amount of water! Especially when its hot

I run in the morning on a empty stomach and if I must have something beforehand, a small banana which would probably be around 30 mins to an hour before I run. I do however drink water.

Everyone is different but you probably don't need anything until you are going quite a lot further.

Hi I don’t eat before I run in the morning just drink water. It works for me 🙂

No food - just water. I did once have a piece of toast - made no difference. X

I had a banana beforehand once. I'm sure the increased weight made my knee sore. Won't do it again until I'm running bigger distances. Some day

Exactly ! Why would you eat beforehand? I’m carrying enough empty baggage without food too!!😂

Haha, bananas are heavy! I had a banana before my evening run yesterday (about an hour before) and I got a bit of a stitch, may have been nothing to do with the banana but it hasn't happened before...

sallensonGraduate in reply to Vixter34

If I was going to have to wait for my food to go down in the morning before I went out (sounds like swimming advice at school) I'd have to get up before I'd gone to bed... Unless you're running a fair amount more than 5K ("running") not sure there's any need for anything other than a (hot) drink...

That was exactly my thinking, I can't even bear to calculate what time I'd have to get up to eat, wait an hour and then run and then get ready, probably eat again

and then go to work! I'm going to give it a go with just a drink and see how I get on.

I was always too hungry in the evening. I had to eat first, then have a couple of hours before running, then as I was on a high after the run I couldn’t sleep. I’ve switched to morning runs now and manage much better. I have a coffee around 6am then go out at around 6.30 and eat breakfast when I get home.

I run in the morning too, but don't eat anything beforehand either. I can't function without tea tho, so always a cuppa before I head off. I stuffed a small packet of Jelly Babies in my jacket pocket a few weeks ago but they've turned into my little running chums and supporters so I couldn't eat them now.

A banana and shed loads of water when I get back...

I love the image of a jelly baby fan club in your pocket. You couldn't possibly eat them now.

sallensonGraduate in reply to Vixter34

I keep Gummy Bears in the car just in case. They're not my friends. The EJBs have been a blessing so far!!

This made me laugh so much! Can just picture them cheering you on!

Wait for Graduation picture - they're planning something, I just know they are....

No food for me- just water. Look forward to my huge mug of coffee when I’ve finished .

I have a cuppa and water before I set off. No food or my tum complains. We’re only out 45 mins or so. I drink as soon as I’m back and eat after my shower.

I like going out in the mornings it’s so quiet. A lovely start to the day before the day warms up

I have always done my runs in the morning ( except for the past few weeks as preparing for an evening race next week) and have always eaten breakfast. I have porridge with fruit and honey and a drink of 50/50 orange juice ( plus a cup of tea when I first wake up). I wait an hour after eating before I go out... I have not tried a morning tun without eating. I do not eat before the evening runs.

Hi Vixter i run in the morning half hour after a small banana and bulletproof coffee, works for me. The coffee has tsp of coconut oil, unsalted butter, cocoa, honey or maple syrup in sounds uh but its great all whisked up for a bit of froffiness!!

Aren’t we all different!

I usually can’t function without a morning cuppa (the only one I have all day with sugar in) but I can’t face drinking it before running.

I drink some water and, for the longer runs, have a small banana before the run. When I get back, lots more water, shower, then the cuppa and some breakfast.

Generally not due to time, but at weekends I’ll often have porridge and wait an hour before running.

For my early morning runs I have a Banana for that quick energy release and a good amount of water just before setting out on my warm up walk and eat my proper breakfast a couple of hours afterwards.

For the evening runs, Whilst the rest of the family are tucking into their dinner, I again go for the Banana and water prior to setting out and have my evening meal after I've come back and showered.

To be honest I'm not a huge fan of bananas and forcing myself to eat one at 5.30 in the morning is sometimes more challenging than the runs themselves, but it seems to give me plenty of energy to complete each run and to keep me going for a couple of hours afterwards without feeling hungry.

Early on in the program I made the mistake of going out around 30 minutes after eating my evening meal, Now that was a struggle and something I shan't be repeating, so will stick with my banana and water as that seems to work well.

Another vote for water, no food before morning run. I get up, sort the dogs out and then am out running about 20' after getting out of bed. Only way I can fit it in. I'm sure it's not perfect but no issues yet.

ditto - half a glass of water before I set off, a cup of tea if I’m feeling really sluggish then out the door. If I have myself any more thinking time I wouldn’t go! Am starting to love the feeling of having really earned my breakfast by the time I get back through the door!

I have done most runs in the morning. I drink water before and afterwards. Then eat. Seems to work fine, but I’ve just finished W2, so I’m not sure if that might change. ❤️

I run in the morning, just after 6. I have a glass of water then run. I eat afterwards.

I love morning runs, I get up, dressed half a glass of water (having drunk loads the day before) and off, no food. This seems to work for me. Then when I get home I have a banana and a brew ☺️

Thank you all so much for your replies, I wasn't expecting so many lovely people to respond

I think I'm going to give it a go with just water before hand next week and see how I get on. Maybe I'll take some emergency sweets just in case

If you'd told me 6 months ago I'd be getting out of bed an hour early to go for a run before work, I'd have said you were mad but I'm loving surprising myself. Still can't believe I'm enjoying running!

I run or exercise before eating at whatever time, if I do eat, I leave at least an hour before running as don't like the food revisiting me part way round! Something light like a handful of nuts, beef jerky, half a banana might help if you are hungry. To be honest, on couch25k training you should be ok and fuelled enough, its the longer runs that you might struggle with energy. Enjoy the virtuous feeling morning runs will give you

I get low blood sugar unless I eat breakfast so I have a banana and glaaa I’d water before I go and breakfast when I get back. I found I was getting spots in front of my eyes if I ran on an empty stomach

My daughter runs on empty

I always run early in the morning. Just have a glass of water to hydrate before setting off. Come back, shower then breakfast . It works for me 😊 good luck!

I was like you with evening runs. I tried eating before in the morning but it made me hungrier as woke up my stomach. So now I just eat after.

Food to eat for an early morning run

fuel about half an hour before I set off. Do you think a Dorset cereals cereal bar with nuts would...

No go food before a run

sticks before a run! Even if you have them two or three hours before your run. I made this mistake...

Advice on eating and drinking before running first thing in the morning?

the C25K program tomorrow morning. I'm planning to get up before I go to work and do the first...

be walking before I’m running

What should I eat or drink before I go ?

How long before exercising...

been getting up at around 6:15 to do a run before heading off to work - it really does gear me up...