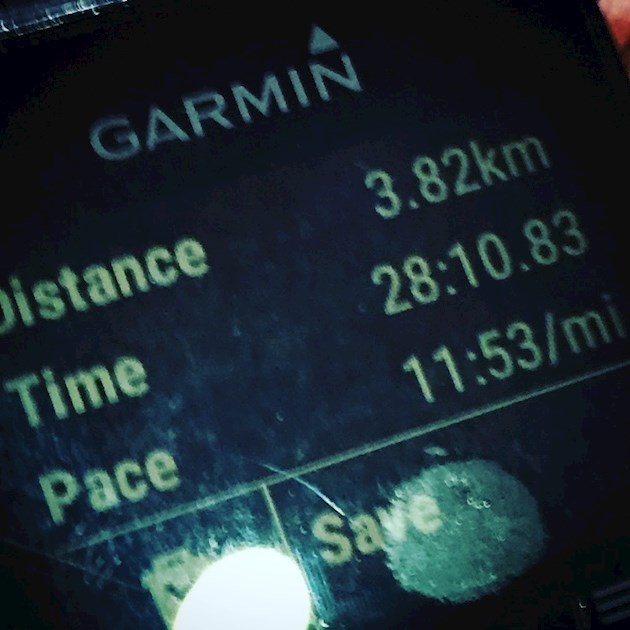 Really didn't want to do this run, felt sore all over, I've had a bit of a cold and just generally meh.

Forced myself out of the door.

That not feeling able or in the mood for a run didn't really change much during the run - had plenty of niggles and gremlins telling me 'just stop' - legs were like lead at the end but I finished it.

Getting there slowly but surely.

Slow and steady is the way...you beat the gremlins.. and you were not on form. A runner.. you did it... take a rest.. and if needs be, take two rest days..

These are the days where the 'runner' is made - you just got out there anyway! Well done🙂🙂!

Well done for getting out there. It's not easy at the moment but you did it - a runner!

Well done for getting out there. I started week 8 on Tuesday and found it tough as well. I think it's just this time of year (too much food, no routine, and too many germs flying around!!

davidy233 in reply to CookieM

I'm fine with routine at the moment - not having a drink at all in December has definitely made the running easier and I've not overeaten - but I agree about the bugs flying around - hopefully some warmth in Florida from Sunday onwards will cure my sniffles.

CookieMGraduate in reply to davidy233

Ooo - jealous now!! But I hope it works!

davidy233 in reply to boptillyoudrop49

I had an extra rest day (well actually not rest but not running), ran Monday and then Thursday - don't think a 16 hour day working on Wednesday did me any favours - Last day in an office for a couple of weeks today

boptillyoudrop49Graduate in reply to davidy233

That'll be it then on top of the cold. Next run will be easier

davidy233 in reply to boptillyoudrop49

completed run 1 of the week i found it really tough going. I felt good after my 25 min runs (tired...

another run ticked off!

Had a lovely run this afternoon, ran a bit longer than the 28 minutes and felt great. I just seemed...

minute run and everyone is right!!. Struggled from the start to get any rhythm and legs felt like...

hardest one so far. Done it but had been warned it might be tough and it was. Legs heavy...and some...

What is too fast?