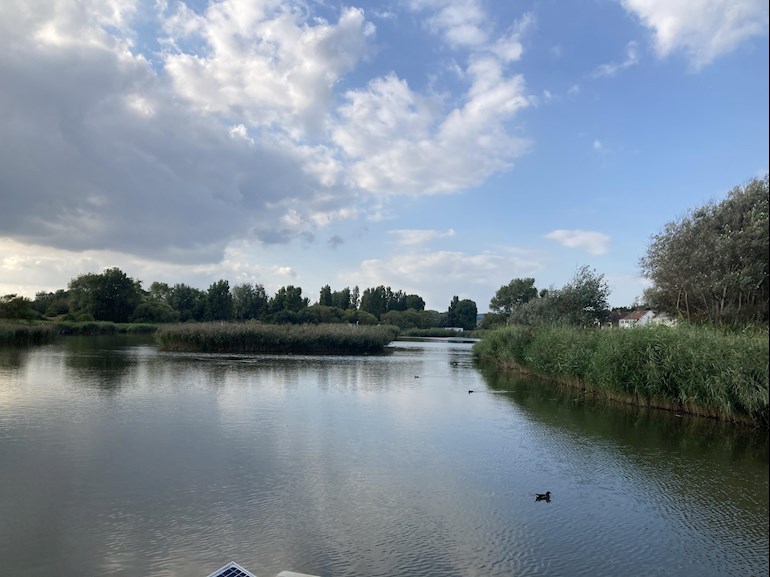 After feeling so lousy last week it’s good to feel well and wanting to run.

Got home from work, cup of tea and into shorts.

Warm up walk and Willows knee went, not sure where it went but it wasn’t letting him walk let alone run, so back to the car for him, roof down and sit in the sun.

Jo and I walked round, 5 minutes warm up walk done and we are off, running is comfortable and soon we are walking again, then running, I can’t believe how good this feels and after work too.

Walked round the lake once the running was finished and looked at the ducks and swans, no heron today

Being outside and being able to run is magic. 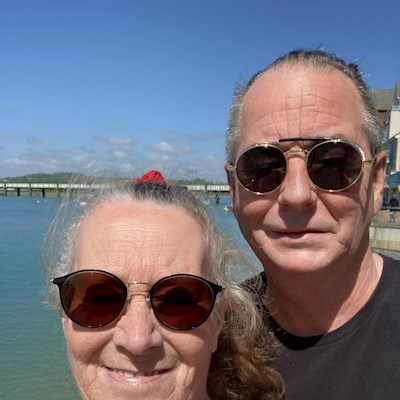 WillowandSola
Graduate10
To view profiles and participate in discussions please or .
30 Replies
•

Lovely Sola, it's such a beautiful setting for your runs. Glad you're feeling better this week, hope Willow's knee recovers 🤞

Thanks, Willows strapped his knee and taken pain pills, he’s feeling disappointed he couldn’t run but will be fine, it happens sometimes

Sorry about Willows knee Sola, I hope he recovers very soon, glad you enjoyed your run and walk around that lovely lake, probably the heron has gone somewhere deeper into the countryside where few people go. 😊

The heron lands in the little islands in the centre, thanks Al he will recover it’s an old injury that comes back sometimes

What week are you running now with your friend ?

Thanks, we are running week 3 and today was run 2, I’m convinced my friend could just run for half an hour but being struck with us both. After work running is harder but so much easier second time round

As to Willows knee, it will heal but may need new insoles and i’m thinking maybe even new trainers

Ah that looks like a super route, and I’m glad you’re feeling better. I take my hat off to folk who run after work, well done you. I’m sure the heron will be back soon 😊🏃‍♀️😁.

WillowandSolaGraduate10 in reply to Frenc

I am sure you are right about the heron, when we first ran c25k the after work runs were such a battle and this year we’ve been lazy and mostly only ran on days off so it’s great that we can run and enjoy 😉

Well done on your run. Sorry about Willow hope he gets back to fitness shortly. The heron will get plenty of fish there I would have thought😊

WillowandSolaGraduate10 in reply to Doris8

Loads of fish and some of them are huge, Willow will be ok new shoes and insoles on their way, i’m surprising myself running after work

Best wishes to W for a super quick recovery. He’s obviously missing out. Sounds like you had a wonderful run in a beautiful spot.

His knee does that, his running shoes are at their end so new ones and insoles on the way, it will happen less for a while, it was such a lovely run, the run parts were under 8mpk which is faster than my usual but we were chatting so comfortable

Oh no! Poor Willow…hope he’s soon off the IC 🤞🏼

…another lovely sounding run for you and your friend…and after work too!🏃🏻‍♀️🏃🏻‍♀️💪🏼🙌🏼

Willows knee hurt fir a while then later it came back and was fine thanks, new shoes and insoles on the way, we had a look at his trainers and they are definitely ready for retirement, when we got them last year he couldn’t believe the difference they made. I’m beginning to get used to coming home feeling drained but realising after the warm up walk feeling energised to run and it’s become fun again, I always knew my friend would run well, she walks a lot and rides a horse regularly so is fit to start with and her little dog loves it

I’m so pleased for you!

Thanks Floss and yes his knee returned mid evening, new shoes and insoles are on their way, it’s been getting more painful lately so was time for a shopping spree

I am glad, I was sympathetic of course

Yes it is, it used to happen a lot then we got insoles which made a difference then we went to a running shop last year and bought new shoes which made a huge difference but he’s worn them out and pain been returning so new shoes are ming so hopefully he will be able to keep running for longer he’s only 65 it would be a shame to give up now as the benefits are huge

Glad you enjoyed your run, and hoping Willow's knee will soon allow him to run again.Take care, John

Willows knee needs new shoes and insoles, then it will be happy running again, they are in the way 😀 if I had more time I’d run further and longer but it’s just good to run, my friend is building stamina too so i see longer runs in our future Thanks fir your comment 😀

Sounds idealic Sola lovely to get out after a hard days work. Sorry to hear Willow was having problems with his knee hope it feels better soon

Thank you, it’s not so bad this morning

Lovely photos and spotting wildlife on runs, such as your Heron, swans and ducks makes it even better - like an extra reward for the run!Ii's great running with a friend that you are sharing the 'journey' with, it's very easy to chat about anything and everything.

Hope Willow is soon back out running in his new shoes which as you say will probably make a world of difference to a dodgy knee.

Glad you are both well again and Willow's knee 🦵 is feeling better today, with the new trainers and insoles arriving soon 👟👟🤗. I have had no luck getting my other half to try to start running🏃‍♂️ or even come cycling🚴‍♂️ along with me, though we do enjoy walking (think I posted about a year ago about this 🤣😂🤣 - I think he is actually a real live Gremlin!), so it is lovely you can run together, even if he is not always doing the same distance as you. I still enjoy reading your posts too. Good luck with the recovery and hopefully you will be out together again soon.🚴‍♂️ 🏃‍♀️🏃‍♂️

Thank you, it was a bit of a mission when we first went, he kept saying he wasn’t running and i kept saying i could go on my own but he insisted on driving me, that was a surprise because i was just going to run out the door, so we parked by some really nice green space with him still saying he wasn’t running then walked and when i said run for the first c25k run he shot off really fast 🤣 and from that day was hooked. He’s busy tomorrow so won’t run with us but will on Sunday if he can

Oooo getting out into that fresh air and sunshine after being stuck in work all day sounds fab 🏃‍♀️ ☀️ 😁 I love an after work run just to ‘blow’ the day away. Hope W’s knee improves.

Another after work run

After work run? must be daft!!

Arrived home from work, Willow handed me a cup of tea, “thought we were going for a run?” says I,...

wanted to run for a short faster run today, Willow said he didn’t think he was up for a run so I...

But I know I feel better when I run. I could feel the panic coming over me before I went out...

Decided to leave work at 4pm to get home and squeeze in a run whilst there was still some daylight...