﻿supermarkets are robbing baskets of ... - Anxiety and Depre... 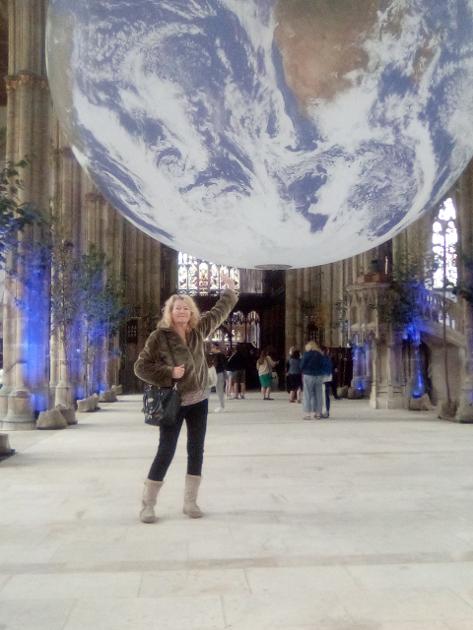 ﻿i came across a offer on 4 packets of salt free crisps for pound 5still a pound more than when on offer to my horror they have become as bad as cheap ones from supermarkets which have got worst I can't digest them there brown and too hard🙄 at least there was less in the bag, seems same with most food lately and every time I go to shop things have gone up twenty-five pence,and now there's forcast no water well I'll be stocking up on wash wipes and watering my plants with washing up water,stocking up with logs from park old wood etc that's so often thrown in skips,seems like things have gone back in time, most of us have been spoiled and it maby won't hurt us much to think twice about how much we waiste,cleaning our teeth with tap on washing clothes after wearing once,etc take away meals there's so many ways we can save money and the planet,the washing machine and cars are the worst 🤗 goodluck we need it we are destroying our earth the home we live in let's luck after our planet or Wel have no home 😊💖😊

Twinklystar
To view profiles and participate in discussions please or .
63 Replies
•

Hi M, you are so right we have all been far too spoilt , and now I think we are paying the price for it, I’ve been using washing up water to water my plants since the heatwave started , I only try and use the washing machine once a week not every day, can remember the time when my Mum had a twin tub for the first time , before that she used a gas boiler to wash our clothes lol . P will be happy about not washing the car as it’s a rare occasion. 🤣

Yes when mam moved in here there was a old washing thing in garage where you put the garments in to turn and wring out looked like a torture chamber a nice man bought it for his garden to put a display on well he may get more use out it now 😁 I had a shower today and put my nightie in with it as I put ug in save on a washing machine wash, it's just the natural cycle of life everything goes round full circle fashions etc I remember having dado rails my mam said there old fashioned I said there back in then fireplaces went out now there coming back, mam has a open fire they knocked it out many years ago will come in handy just like the old days burning on a fire logs n coal I loved the toasted teacakes lol 😁

Yes, when we moved here every room had leaded fire places with tiles all around, even the bedrooms, we took them all out and now they are back in fashion, we also had old beams on the ceiling which was too high so we lowered them, now everyone loves beams , you can’t win lol

I kept my fireplaces open I did block upstairs off bit caused damp round the bay no air,no damp now it's unlocked rooms need to breath well I popped a photo on hibas reply below 🙄

Yes I have observed that how life goes in circles as well!

I remember the old days of blankets on the beds before duvets!

secrets22 in reply to Catgirl19762 months ago

i still use blankets and sheets,i do have duvet's of course but with two little dogs they cant jump on the bed with duvet,its to thick.

Catgirl1976 in reply to secrets222 months ago

How are you and the dogs getting on?

We are fine here and Baby is grumbling about the heat!

I remember mum using a huge pan on the stove to boil the whites. And my baby brother's nappies . No disposable ones back then 🤗

I remember back in the 80s when the pads were like bricks to wear not like now.

🙄😂😂hope you and babe are well pixie has a new friend 🐯

Catgirl1976 in reply to MadBunny2 months ago

How are you and Dylan getting on?

Baby is driving us crackers with her bad tempered meows over the heat!

MadBunny in reply to Catgirl19762 months ago

Sorry for the late reply, I'd gone to bed before I read this. We're ok- we both stay indoors. It's getting more difficult to get Dylan into his hutch at night as he's getting wise to it and I'm having to find new ways of tricking him lol

Bless you it was like this in past very hard work

A woman's work was never done 🙄

Hb2003 in reply to Twinklystar2 months ago

Remember doing that at my grans but not at home so much. The sparks would go up the chimney and stick on the soot, and my gran would say they were people going to church!

Mum had one of those !!!! She had a hand wringer or mangle as they were called , before she got an electric one .

As a child, I had to help with the mangle. It was hard work.

Yes we didn't need the gym in those days😁. Mum eventually got an electric washing machine with an electric mangle.

I think we went straight from the boiler to the spin dryer and then to the twin tub. That was a game changer!

Same here, except mum had the single tub before the spin dryer.

But back then, on the whole, married women didn't go out to work. Keeping house was a full time job in itself. I remember mum had a kind of timetable for the cleaning and laundry - a different room each day. Friday was always cleaning the living room and polishing the brass ornaments.

Yes, then my Mum had to put the clothes through a wringer 😳

Ah! The old boiler! The stink of bleach, and steam flooding the kitchen.

Oh yes! My gran kept them under the sink and they were also used to ease the pain of a wasp sting.

Yes , wasp stings- I'd forgotten about that.

Yes I remember them, I had an old Aunt with grey hair who used to rinse it with blue bags to take the yellow out 😳

The original blue rinse . Love it 😁🤗

They won't include us. I will have long gone, and it will only be scientologists, uber rich and politicians who get to leave. I wouldn't think it will be a jolly time; there will be so much to do.

I remember back in March 2020 when everything shut down and I had thought to myself how up until then we had been an extremely spoilt country!

Here we only put the washing machine on when there's enough for a load and we recycle when we can!

How are you and Prince Pixie getting on?

Baby is driving us crackers with meows over the heat!

I hope he doesn't lose the habit. It is so lovely to have the company of a cat. I remember.😞

Thanks, Twinkly. I am quite well - just lethargic. I seem to swing between being useful one day and lethargic the next. Don't have to go anywhere for a while (apart from blood tests on Monday) and won't commit to anything until I get my glasses back. I took them back to SpecSavers yesterday because the coating on them made driving at night worse with the auras around lights and reflective surfaces. They had put the same coating that was on before instead of putting anti-glare.

My partner is trying to make out that I am "losing it", when I'm sure of myself and my memories. But he's always right, because he is! I must say, though that physically I'm wobbly and mentally I'm slow. I spend too much time on here!

😊 Don't reward your cat for waking you at stupid o'clock. Don't know whether you should shut him out or what to do.

Yes, but they sleep most of the day and are very awake (hunting) at night! It's the nature of the beast.😀

Are you able to go back to sleep? I think this was the start of my difficulty with sleep - not letting a cat out but letting him in.

I don't usually go back to sleep 🙄😻

Now that I can fairly guarantee a good night's sleep, I wouldn't want to go back to those sleepless nights. Sadly, it's not something I've worked for; it's all down to Pregabalin. If I stop taking it, I don't sleep.

Uncomfortable, unsafe, life is not what it was. I remember sleeping under the stars - another lifetime ago.

i must confess i waste nothing,anything food wise i dont eat goes out to the birds,and then my little dogs do very well also.i only use the washing machine once a week,and i never now use my dishwasher,in fact i wonder why i ever had one as its no problem washing up by hand.

I only keep my boiler on for an hour a day,for showering and general cleaning.

MadBunny in reply to secrets222 months ago

I try to waste as little as possible. I've never had a dishwasher. For some reason the birds here dont like leftovers: when I was a kid ,the sparrows and starlings would eat mashed potato , cheese , bacon rind but all the ones here will eat is breadcrumbs 🙄

We don't have cats around. I think they're just fussy lol

Catgirl1976 in reply to MadBunny2 months ago

Thing is with Baby and Pixie is that they are fussy because they are spoilt!

I could not have put it better myself. Your choice of words is absolutely brilliant I love it. Speaking seriously, the prices in the supermarkets is ridiculous. I go to Tesco's every week and now the bbq chicken pieces I love have gone up to £3 15 and initially it was £2 30 that's a shocking price I think. I totally agree with everything you have said and as I said before you have put down exactly what is troubling in our supermarket. I also agree with you about our waste and we ARE destroying our planet and we are not really thinking about our future generations. Very well put.

Yesterday I was going for a train on my way home after working the whole week and while paying for...
•3 years ago
18 Replies

President, and my kids and ex think he walks on water. I’ve always had a strong sense of right and...

time to take care of those tasks that don’t even have to be seen as worries, some could end up...

How to deal with in laws who put you down?

or ideas for dealing with it? Do you have an in law you have trouble maintaining a good...

What are you doing to take care of yourself today?

Childhood Favorite Past Times or Activities

Did you have a favourite subject at school?