Family Member in Denial about Diagnosis - Anxiety and Depre...

My brother has been given the diagnosis of Bipolar disorder but he doesn’t seem to believe it. He doesn’t want to take meds or sleep.

How do you help someone who’s in denial?

I’ll be honest, I used to be sad about it. But recently, I’ve been frustrated. I’d appreciate any tips or understanding. 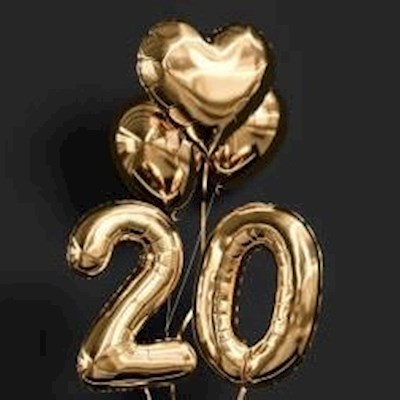 PastelPink20
To view profiles and participate in discussions please or .
Read more about...
22 Replies
•

Mm very frustrating. If he is legally an adult then there is nothing you can do. Maybe a refusal to agree to help is inherent in bi polar? I have heard of them refusing meds coz they like the highs too much. They forget the awful lows too. x

PastelPink20 in reply to hypercat54

Thanks for responding!! He is an adult... so we can’t really do anything unless he’s a danger to himself or others. He was about the graduate high school but idk how the quarantine will affect that.

Yeah, it’s been like that. He has a lot of grandiose ideas. It’s hard to talk to him when he’s saying things that don’t make sense.

Sounds like he might also have Narcissistic Personality Disorder? It would possibly explain why he feels he does not need meds.

If not infringing too much on his privacy - you could record him during a high and a low and present to him after?

I could try that. I hadn’t thought of doing that. I wonder how that conversation would go.

Thanks for the suggestion

Do it as a family intervention. Have as many family members present. Express your concerns and encourage him to seek help.

Dear you can’t change a person , or to then tell they what should know, yes he is in denial. I was diagnosed with PTS from abuse. Not one member of my family wants to admit it’s true, even though they have heard, and seen me in nightmares . He very lucky that you care, maybe someday he’ll realize that. Meanwhile take care yourself❤️

You’re right. I know I can’t change him. It makes sense - a lot of my efforts haven’t worked. So I know I need to change my perspective.

I’m sorry you went through that and don’t have that support from them. I know we have to take care of ourselves.

Thank you for your words. I hope so.

pvw2 in reply to

That's correct, but our biggest problem is convincing the person with bipolar disorder that she can't do that.

Hi! I think its amazing you have reached out here for support! Good job

at 18/19 yrs old, it’s very hard to get past someone who thinks they know everything. BP is very serious. Is he using substances to cope? If He is, then I would encourage AA/NA Alanon meetings when we can “socialize” like normal pre-Covid19. Many are moving to an online support group/meeting format. Some on Facebook. How long has he been suffering? What has he tried to cope?

Thank you for replying! It’s been a ride. I don’t think he’s using anything - if he is, he’s hiding it well.

When he’s coping well, he’s exercising, sleeping, playing video games with his friends, helping with chores, going to work and going to school.

He didn’t sleep at all the night before last and some things happened. Anyways, he’s willing to / trying new medications now. So they should help him hopefully.

That’s great when he helps out and does normal activities around the home & attend school!

This sounds typical of bipolar disorder. My understanding is 70% refuse to take medication. The therapist told a relative refusing to take meds, "You are asking me to put out a house fire without water."

pvw2 in reply to pvw2

PastelPink20 in reply to pvw2

Oh yeah for sure. My brother is taking medication now. But he doesn’t believe it works or that he needs it. I don’t know if he’s taking it on a regular basis or at the same times. But it’s definitely a fight.

Yes this is really common. It can be caused by denial or a lack of insight (he doesn’t see that he is unwell). I have Bipolar 1 and even though I knew what bipolar was (my Dad has it) I didn’t think I was unwell, especially when I was in an episode. You can’t convince him that he is unwell but you can support him and support yourself through this. If he’s diagnosed I’m guessing he’s been offered/ given professional help, maybe talk to them if you can. If you feel he is at risk to himself or others it is important to contact someone. Other than that there is not much you can do. A lot of people I know and me have gone through that and now accept our illness and look after ourselves... it can take time.

pvw2 in reply to TypicalFrog2

I do know a person with bipolar successfully medicated and living a normal life.

Thank you. I appreciate hearing your words and you sharing your experience. I hope that for him in the future. I will try to support him more.

I have tended to act more annoyed at most of his behaviors... I’m trying to be a supportive rather than judge-y sister.

It’s so easy to feel that way though. It’s only natural to get frustrated and sometimes burnt out. It’s important to look after yourself too.

I have been diagnosed with bipolar 1. I didn't want to face it. I didn't like it or think I deserved it. I have had the label for 12 years and I still hate it. The meds make me sick or anxious. I get a shot once a month so it's not a daily chore because I feel like I am poisoning myself with it often. It's not fun. I would probably bother you too (accidentally of course.) You can't force people and they're usually the last to know which sucks.

Thank you for sharing your experience. I really appreciate hearing from others.

Yeah, I don’t know if you’d bother me! I know I have been more irritable lately and that’s something I need to address with myself. So I can’t really blame him and I don’t want to.

It’s like I am judging him for the choices he’s made. He’s trying his best and that looks different from my best. He really is a nice kid. I gotta stop looking at him and seeing the worst fears my parents have.

Being diagnosed and stuck with a label is difficult. I’m sorry that it continues to be something that leaves you with a sick feeling in your stomach. I don’t know.

What would you say has helped you the most over the past few years? I hope you’re having a good day today. Thanks again.

Hi. Sorry for the time between my response. I feel like getting diagnosed with a thyroid disorder made me feel a lot better because it wasn't all in my head. Also talking to therapists has helped because I can share what's bothering me and get it off my chest.

Sexual assault by a family member

really hit me because I’ve finally realized what my cousin did to me years ago. I’ve been breaking...

Not hearing from a family member.

Looking for help for family member

from severe depression. He is from Ireland and has been here for about two years working on a visa....

main symptoms triggers are due to the abuse my brother and our family experience at the hands of...

her when she’s so sick and in pain and she’s frustrated with her new restrictions after heart...

First time in a support group. Hoping to find people I can r...