Does anyone else suffer from emetopho... - Anxiety and Depre...

It's something that I've only realised that's a problem for me quite recently. I tend to avoid foods that could make me vomit or upset my stomach, I've been washing my hands more to get rid of germs and I get so anxious if someone close to me is ill/has a stomach bug in case I catch it.

Anxiety makes me nauseous anyway and I know that throwing up isn't going to do any harm or last a really long time but I don't like that I can't control it and it terrifies me which is so stupid.

Can anyone else relate and how do you deal with it? 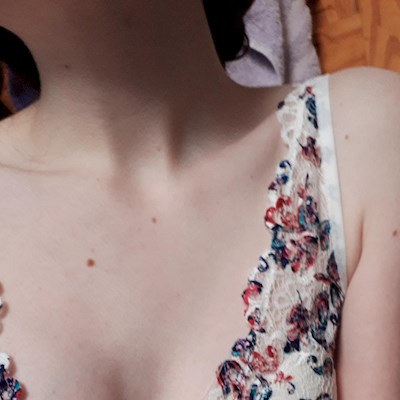 eternalsunsh1ne
To view profiles and participate in discussions please or .
10 Replies
•

Hello omg I can so relate to this, I’ve had this for years & years sometimes it can take over my life, I’m the same so worried about catching bugs too especially at this time of year, I don’t have children so I guess In a way that’s a good thing for me as I would be terrible if they were sick how would I cope, the schools too picking up everything, I have had this phobia for as long as I can remember, I don’t like crowded shopping centres I tend to avoid these a lot too, crowded places, I mean really crowded, I can’t eat spicy foods, and if I’m sick on something I eat I’ll never eat it again an example chicken in 2005 I got salmonella never touched it since 😮 scared the hell out of me, I carry water too wherever I go, if I do feel sick I fight it so much I’m not sure if I have it worse than you by what I’ve said, but I do have my homeopath who helps with this with her tablets, I also carry hand gel everywhere with me too, I don’t think I’ll ever change it will always be there I hope I’ve helped in some way I don’t know, even if it’s just to let you know you’re not alone x

I can relate to all of this! Thank you so much

I've had emetophobia (and pseudodysphagia, a fear of choking) since I was a young boy -- nearly 40 years -- and though I may have endured it longer, I can identify with every word you wrote.

Because it has been with me a lifetime, all of my coping mechanisms are automatic, hard-wired OCD behaviors; I learned them early, the way a child readily acquires a second language, and, gradually, I came to coexist with the phobia(s) -- it just became a part of my daily living. I'm peculiar in the sense that I don't want to rid myself of my phobias; they are a part of my identity.

But if your phobia is causing you great distress, there are a variety of therapies that can help. And if you need someone who understands what it's like to talk to about it, please feel free to message me anytime.

Take care and be well.

Thank you so much! I have a fear of choking too!

Oh my goodness, you have just described me. I really struggle with this. Like you, I get extremely anxious about stomach bugs. I have two teenaged girls and I still freak out if I hear that there’s a sick bug at the school or at university. My eldest daughter is studying education at uni, so is often on placement at primary schools. My younges is in the middle of important school exams....so my anxiety about my eldest catching a stomach bug at primary school placements is at fever pitch. This fear of getting ill has really made my love quite solitary. I do tend to avoid meeting up with friends, especially if they have young kids, because I worry they might have bugs. Gosh, when I write this, it all sounds so ridiculous.

Do you think anything set off your phobia? I’m pretty sure that mine has always been there, minimally in th background. But when my youngest was just a few months old, my elder daughter had been at a birthday party and most of the other kids turned up having been barfing all night 🙄🙄. So we ALL ended up getting it, all at the same time. That happened to us a few times. I just developed an often irrational fear of that since then. X

I feel like I'm similar to you in the way that it's always been there but can get triggered by things. When I was around 8 years old I choked on some food and couldn't breathe for a while which terrified me and developed a fear of choking and then vomiting. It got better for a while but last year me and my sister got a stomach bug and couldn't stop throwing up. The worst I've ever felt and the fear has gotten worse since then too!

Thank you for your reply though, I'm glad I'm not alone!

Oh how awful! Choking is terrifying - how distressing when you were so young when it happened too. I’m really sorry you got a bug last year 🤢. I think you’re really brave that you got through it! X

I had this, it was so bad I couldn't leave my house for a year because I was afraid of getting something. I had panic attacks and was paranoid about getting something that would make me vomit. Then I realized that this was no way to live, and sometimes in life, I was going to get sick. Once I excepted that, I got better. Weird , I know!

eternalsunsh1ne in reply to dore13

It's so strange but it can really take over! Glad I'm not the only one, thank you

This may be of no help at all, but my mom had great fear of vomiting. I never recall her actually vomiting. At 81, she was in a nursing home just a few days, vomited, choked on the vomit, developed pneumonia, and died a week later. Moral of this story? - Take some apprehensions seriously?

Does anyone suffer from Generlised Anxiety Disorder.

about things that don't make sense and things that may not even happen, it makes my face burn up,...

i’ve just had a new symptom come on and its just making me think I definitely have MS now. I’m so...

Does anyone suffer from insomina?

Does anyone else battle these?

time, a constant feeling of fatigue

Does anyone else go through this

I am going through and try to help but it just makes me worse.

If you could date a superhero, who would it be? And which su...