Have you ever been with a group of people and felt lonelier then you would if you were alone? I think that's the worst kind of lonely there is. Went out for lunch with a group of 10 co-workers today. While sitting there, listening to the different conversations, but not participating, I started thinking that I don't fit in here, I have nothing to contribute and I shouldn't have come. I couldn't wait for lunch to end so I could get out of there. Nobody seemed to notice I wasn't talking or eating, like I wasn't even there. I spent my entire childhood being as invisible as I could and not saying a word so nobody would notice me. That behavior has continued into adulthood and I always feel like I'm on the outside looking in. Once I'm out of the situation I feel so much more depressed and lonely which is why I started isolating myself. The lonely from being alone isn't nearly as bad as being lonely in a crowd. 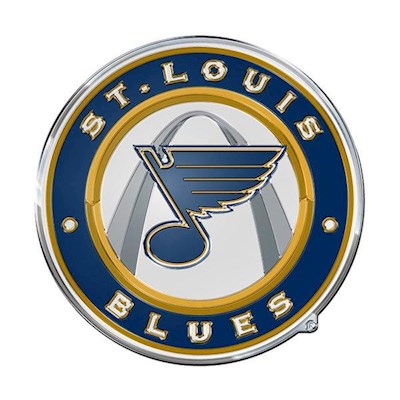 Lolly56
To view profiles and participate in discussions please or .
11 Replies
•

U are Not Alone....... YES I KNOW THAT FEELING... what I did was remove myself from the company of those people

Lolly56 in reply to Cocoon3

Thanks, Cocoon. It wasn't so much the people as it was me inside my own head. A couple of them I can do without. They're the type that tries to create their own little click and the rest of us aren't good enough to be a part of it. I can easily ignore them most of the time. They're very young and clueless about working in a corporate office situation. But I have these same feelings the majority of the time I go out with a group.

I feel like that as well. I never feel like I fit in or that people care if I’m around. I get the isolation thing. It’s hard making meaningful friendships.

Relationships with coworkers is different. Many people may not know each other very well. Maybe that’s why people were not speaking?

I agree, we are not alone, but it can feel that way.

Lolly56 in reply to Jvicks

Yes, it's very hard to have meaningful relationships and I pretty much gave up on it, which of course is just more isolation. It's like one thing lead to this which causes that and circles back around to the one thing. And then it starts all over again. It's like being on a merry-go-round from hell that never stops and I can't get off.

Yes I know the feeling

You are not alone, Just have to find better people. Stick to the things you like to do.

Thanks, lenny. The problem is that I've lost interest in all the things I used to enjoy doing. I just can seem to work up any enthusiasm or excitement any more.

I'm going through the same thing. And I totally know what you mean by feeling like you dont fit in. That's how I feel most of the time. I was shy and quiet as a kid and teen years. I'm not as shy and quiet as I was but I'm not outgoing either. Sending you hugs.

Thanks, Michael. I was also very shy growing up but I'm also an introvert which is part of isolating myself. I've never felt like I fit in anywhere and have never had any self confidence. That's partly due to growing up with a toxic family and I learned as a small child to keep everything bottled up, don't speak and make myself as invisible as possible. I've built this wall around me and don't know how to let anyone in or how to communicate which prevents me from having any real relationships. These are all things I need to work on...maybe this year I'll actually do it. Sending hugs back.

JustaGirl22 in reply to Lolly56

Yes! I also learned to keep things bottled up, so that my dad would stop mocking me that I was so sensitive...and he thought he was just being funny. That hurt a lot, more than I thought and I still have his mocking voice in my head. Instead, I learned to be a sort of robot, in order to shield myself from...well, all those emotions I felt! So instead of growing up being myself, I grew up being what others expected of me. Once I realized what I was doing (being a parrot?), I am now trying to be who God sees me and it's so hard and confusing! And that means that I also don't fit in with most people, and I think that's okay. I think it's okay that I'm not best friends with my coworkers, bc frankly I'd rather be by myself. I HAVE to be true to myself and realize that I have my own needs. And I encourage you to explore what YOU need and want. What sparks joy inside of YOU?

Thanks for posting and being so honest. It's really inspiring and helpful ☺️

Thank you for that. I've certainly never thought of myself as inspiring. It's long past time to be honest and open up to let some of this out. And for me, right now, this is a safe place to start. There's so many wonderful people here and everyone is so understanding and there's no judgement because we're all in this together. I'm working on building up the courage to go to a support group meeting. I don't know if that's the right fit for me but I want to give it a try. But walking into a room full of strangers by myself is going to be very hard. That's the one thing that will bring on a panic attack. But I'm going to try. One baby step at a time...

So Crowded yet You're all alone

Have you ever feel alone in crowded situation? There's so many people but yet you feel all alone....

Alone in a crowded room

Lost In A Crowd

depressed from a young child and after 51 years you would think at least 1 person in my life would...

understand why i think the way i do, he doesn't understand that anxiety takes your body over and...

What does depression feel like to you? Do any of you wonder sometimes, if they just imagine what...