New Therapist and Other issues - Anxiety and Depre...

I see a new therapist that I found through my insurance today. Her sessions are more costly, but she has 20 plus years experience. I am nervouse about seeing her and don't quite know what to expect. Here's hoping that it goes well.

Secondly, I am tired of other employees other than my supervisors telling me what to do. All this week, I was in another classroom, because our funding source was visiting and I am "not qualified" to work in my regular classroom. I have been working with children since high school, I was a year away from my Type 04 teaching degree, I have my Master of Social Work degree and yet I am still considered to be under qualified?!I Apparently, credentials that are seen on paper trump having a wealth of experience in early childhood education!

Anyway... the teacher from the classroom that I was working in kept reprimanding me for frivolous things and I ended up getting in trouble for an incident involving two children in the classroom. I am very dedicated to the well being of those children at the agency that I serve and they seem to get a long well with me. I am no threat to the other teachers and I do what they ask of me. Why am I always the one getting in trouble?!! I can't wait to go back to my regular classroom.

I am in the process of getting a credential to ensure my job security, but it takes a lot of time to complete. The requirements needed to earn the credential cost $1,000.00 altogether and many steps are involved in order to obtain it. I am getting this credential on my own and I can't wait until I receive it so that I don't have to worry about switching classrooms anymore due to "not being qualified". 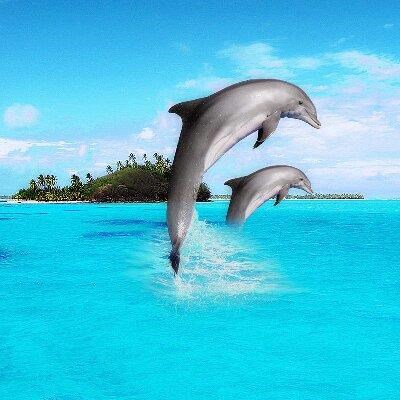 Kakee83
To view profiles and participate in discussions please or .
Read more about...
12 Replies
•

I'm sorry to hear of your frustrations. It sounds good and wise to go for the qualification you are seeking that will total $1000.00. Then you'll have more security and less aggravation. Do you have any depression or anxiety? Will you be bringing either of these subjects up with your new therapist?

Thanks for your kind words and support, BonnieSue. Things ended up going well at the initial session with the new therapist. I also told her of my diagnosis of depression and anxiety.

Great!! Glad your appointment went so well! So you do have a diagnosis of depression and anxiety and that's why you posted here! It sounds like you are off to a great start with this therapist!

Yes, indeed! I was first diagnosed with a diagnosis of depression and anxiety in 2005 after being inpatient at the psych floor of the hospital for ten days. Then, I went to a Partial Hospitalization program for a month. From 2005-2007 I saw a psychiatrist and various therapists during this time.

In January 2015 I had a relapse. I stopped going to work and eventually quit in October, 2015. I Began seeing my current psychiatrist in April 2016 and have​ been jumping from one therapist to the next since then.

Are you trying to find a therapist you like?

Yeah... I was. I think I found one though judging from my initial session with this new one today.

The first therapist I saw for only a few months because she had to have knee surgery. I was then transferred to another therapist and I saw her for about a year. Then, she went on maternity leave and I was transferred again to someone else that I didn't feel like I was connecting with. I only saw her for three times since February. Then, I switched to another therapist that was recommended from my health insurance. I saw the therapist today and I got a really good vibe from her!

Well, that's sounding hopeful!! It seems like you just get started and have to change therapists. I've had the same one now for 17 years so I have fewer wasted hours getting to know her and with her getting to know me.

I wish that I had the chance to stick with a therapist like you have. It stinks to have to "start all over again" with a new one. I really do hope that this one works out for at least a year.

I just want to say that I really admire your passion for teaching! From what you're saying the road to getting there is frustrating and even unfair. But it seems like you really love kids and want to work with them. I don't really know what happens in a teacher social setting but I just wanted to say that despite what obstacles you're facing you perservere and that is fantastic!

As for the Therapist, that I have a little more experiance with.

I have seen the same woman for 5 years. She's great and the appointments aren't too pricey. I might have to get a new one if she moves her practice, so that is a little worrying for me. However, I do remember that when I first started seeing her I was too scared to speak for quite a few sessions. I also had to have my mother with me. It's perfectly normal to feel a little uneasy about a new encounter. If it is indeed expensive but looks promising, maybe go a few times and if it isn't what you're looking for I'm sure you'll find another Therapist

20 years of experiance sounds really good though! Since you are nervous, what if you wrote down the things that were bothering you (before the appointment). That way, you know what to tell her. Or maybe ask if you can have a friend or loved one in the room with you?

Either way best of luck!

Thanks very much for your advice, support, kind words and encouragement, AmandaMK! I love working with my children every day and the only reason that I am at this particular agency is because of the children. I don't​ want to let the gossip of the employees there get to me.

The initial therapy session went much better than expected, thanks for the advice! I got nervous as usual over nothing.

I am feeling much better now that I am on the 90 mg of Cymbalta.

My job seems to be easier and I like it a lot more. I look forward to seeing my children each day and they are my source of my healing, inspiration and passion! They make me smile and laugh and I become a kid myself when I am with them! For once I could say that I am truly alive at my job and it's because of the children!

Yes, it's very stressful working with them, but I am concentrating on the great qualities that they have.

My therapist, psychiatrist and my CDA mentor for work all told me that I have great qualities, especially when it comes to working with children. Now, I am actually starting to believe this!!!

Talking too much about anxiety and other issues?

Do you ever feel like you are a burden to other people, like you talk about your anxiety too much?...

necessarily wet only. But I find it taking me forever to get a shower taken because I have to be...

be counseling children ages 0-6 and their families. After I receive my masters degree, my goal is to

Confused and hurt by therapist.

trauma in my life. As a result, I have a habit of getting in terrible and sometimes abusive...

I'm new here, stressed about unemployment and issues with my anxiety/depression

depression and anxiety, the meds abruptly stopped working and I had to give up therapy due to...